I just finished the first draft of my novel. Now I have to edit the damn thing. I swear I must have been thinking of five very different plots when I wrote it. I don’t think I can tie them all together this quickly. Honestly. I need a professional editor for this shit. The problem is, I can’t afford one because I haven’t sold any of my writing yet and I’m still living with my parents because I can’t pay for fucking rent.

This is extremely frustrating. The character’s name is Sarah in chapters 1-3, but then, for some reason, probably because I was half-asleep, I changed her name to Sara for the rest of the book…Jesus Christ. I’m on my second bag of potato chips now. I just finished the chardonnay (don’t judge me it was a small bottle), and I am completely lost about what to do next. I have no fucking idea what to do.

I’m on paragraph two. This shit is supposed to be entertaining to read…Ugghhh I was hoping I’d write something publishable on the first try but I guess that was just a goddamn pipe dream. I’m writing articles which should be enough to pay the bills. I’m ghostwriting them, thankfully, but I’ve gotten a whopping ten fucking declines in the past week. Tears are welling up in my eyes and my heart is heavy. I open my email inbox.

We appreciate the chance to read your story, but, unfortunately, it’s not a good fit for our magazine at this time. Best of luck placing this piece elsewhere.

There is no fucking elsewhere! Every other fucking magazine has declined my piece. I’m going to make chicken noodle soup. This is fucking exhausting.

I head over to the stove and I boil some chicken, suddenly painfully aware of how chickens run around with their heads cut off for too long before they die.

Poor bastard. Wouldn’t want your life to go to waste. That’s why I’ll eat you, I guess. Maybe I’ll be vegan, but then I wouldn’t be able to eat bacon. I’d save more pigs though, at least, so there’s something to be said for that.

I boil noodles. I put the noodles into the chicken broth. I think about boiling carrots but then I think better of it.

I fucking hate vegetables. I don’t need fucking carrots. No. Not today. Carrots do nothing except make me miserable.

I add most of the salt from the shaker to my soup and I plunk down on the couch, staring at the mountains of words.

Paragraph three. Fuck. This is a slow read…Why did I say Sarah took off her clothes before she took off her shoes? That makes absolutely no sense. Moron…Oh right. That was because I was writing this at fucking 2 in the morning. Did I write this whole damn thing at two in the morning?

I check my pending articles for my ghostwriting job and two other ones have been declined. One has been purchased for a whopping $12.50.

Great. Between that and the other two articles I’ve sold this week I’ll have an entire $89 this week. I need a fucking day job, but no one will hire me. Great.

I keep reading the manuscript.

Jesus, Calvin. Why does Sarah, or Sara, whatever the hell her name is, dump John? John has literally rescued her from the hands of her abuser, Max, and then she fucking leaves him and goes back to her vicious ex? Is she insane? Great. I’m going to have to rewrite this entire book. I’m going for a walk.

I sigh and roll my eyes.

I don’t know how the hell people self-edit their shit. This shit is just too much. It’s overwhelming. How can I make sure Sara’s motives are clear? She would never do that to John. I completely misread her character. Also, John would never say what I made him say in chapter 3. He’d never say she was stupid or ugly. He’d always be supportive and he’s not supposed to have a temper. I totally mixed up John’s character with Max’s character and now it’s all a jumbled black and white mess. What the hell am I going to do? I have to rewrite this.. I’ve always wanted to be a novelist, but damn. I don’t know how people do it.

I walked outside on the parched dirt, admiring the sky, trying to get my mind off of my damn manuscript. The flowers were lovely: red primroses blooming underneath the sun. I breathed in the fresh air and I breathed it out. Despite this marvelous day, it wasn’t long before thoughts about my dreaded manuscript raced through my mind.

Who the hell does Sara think she is? She has no right to break up with John. More importantly though, Calvin, she has no reason to breakup with John. When she does so, she just looks unreasonable. John is literally too nice to be broken up with. Plus, Sara should really only have two love interests in the book, not three, and, when you bring Luke into the picture near the end of the book, that’s just too much. Three makes it look like she falls in and out of love too easily. You need to make sure that Sarah, or Sara, whatever the fuck her name is, doesn’t just let Max get away with all of his despicable behavior. That’s unrealistic. She needs to have some backbone. Your readers will want to know that she stands up for herself. She’ll be more relatable that way and more believable.

I plunk down to look at my computer screen again, determined to finish editing my manuscript.

Damn it, Calvin. You made Sara, or Sarah, whatever the fuck her name is, go back to Max again? What the hell is wrong with you? She’s supposed to be with John. John makes her feel safe.

I groan and keep editing my manuscript, cursing under my breath.

Loved it. So fun to read. Even I hate to edit my story after writing it. Kept me engaged till the end.... Would you mind to check out my story and share your opinions on it?? It will really help me to improve myself. 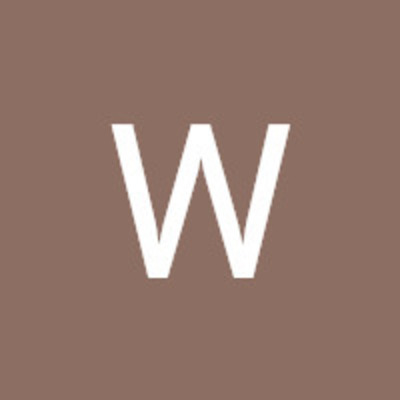 I enjoyed this. I'm afraid I've been there. The writing is crisp and clear and kept me tuned in. One nit: Why do you call the character Calvin? From the start, the voice sounded to me like that of a woman. Maybe it's just because you are female, but something in the making of chicken soup had me seeing a young woman. I think a guy would have just opened a can. I know I would have. Still, this is good.

Thanks for reading, Wayne. I've been there to. I actually was when I wrote this. :P I’m glad you enjoyed it! Well I guess it depends on which kind of men you are referring to 🤷🏻‍♀️🤷🏻‍♀️😉, although I have to concede that throughout history women have made excellent chicken soup unlike their less sophisticated partners. 😜 I’m kidding obviously. The compliments mean a lot and are much appreciated.

The frustration is very evident, it was paced really well and I completely understand where that feeling is coming from. Love the writing, Daniella! :)

This is a hoot. Loved it. The talking to self is easy to identify with. Editing is a nightmare and should resonate with everyone on here. Two minor oddities, one grammatical and other logical. Instead of, I hate fucking vegetables > I fucking hate vegetables. Not sure about you, but I've never seen veggies do it. Now Calvin, is a guy right ? .....Small bottle of Chardonnay ?....wazzup with dat ?

Haha I’ve heard a lot of guys say wine is a women’s beverage! 😂 Calvin likes it though. 😉 Maybe it’s because he’s a writer. 🤷🏻‍♀️ Thanks for reading and giving feedback.

My query was not on account of wine per se......but the scant quantity. Any self respecting writer would consume more for inspiration ;)

Please do give me feedback on my, when you get a chance. Thanks.

Thanks for reading it! :) I appreciate the compliment.