The Creator of Wonders

The golden sun flew as gracefully as a bird down onto the house, swooped down and took a fall. Splashing bright yellow light everywhere. Collin waltzed in. The walls were cracking and the place was coated in thick ivy. Dark torn curtains hung on the wall. It seemed so odd to be here again-weird even.

The short walls were whispering. All those shared times he had, with his child and wife. It was so wrong to be here, but it was the only place he had. He brushed his long fingers against the cracking walls. A piece of dry blue paint flitted to the ground.

Out of his ripped pant pocket, he pulled a match, it was a blood red, the colour of a race car. He pressed the button carefully and lit up the little piece of wax inside the globe. The metallic globe was carved, with pretty flowers and big bears and lions and circus carousels. It lit up, he closed the red velvet curtains. And the show began. He swirled the orb, and it made beautiful shadows of dear hopping around the dark walls. A smile glowed on his face, the shadows jumped like living things. They came alive. He arranged his fingers in a way that would form a human, he made the human sit on a prancing horse, then he lifted his thumb up to craft a hat.

"Perfect." he smiled, a glint of his browned teeth showing. Collin Lopez was a tall man, with a stubbled jaw and spiky, jet black hair. His eyes had a mysterious glint of iridescent purple.

But he couldn't think of any good ideas. His brain was blank like a plain white canvas. He named the orb "Creator of Wonders". It still created wonders, but not ideas. No, the ideas were hidden. He couldn't find them.

He walked down to a small, turquoise curved door, that led to a round birch table. Which was lit up by the colourful light pouring out of the mosaic rectangular windows. On the side of that, sat a bookshelf, coated in heavy dust. He smeared his fingers across the thick book. It was a photobook. He pulled it out. It was dark leathery brown, with hints of red. Like a red-brown tree.

It was painful to tear it open, to tear open the book. But after a lot of hesitation, he pulled it open.

Lisa had dark curly hair, round face and these butterfly eyes which seemed so jolly and carefree. A tear rolled down the dust. Collin fell back onto the chair, his bones felt weak. His throat felt dry.

Monique was holding hands with Lisa, her red lips were thin. And her dark eyes were brown as cocoa. She looked as beautiful as an angel.

They were captured in that picture, with a heavenly smiles drawn on their faces. Why couldn't he take them out? Why couldn't Lisa and Monique be right next to him, laughing? His heart hurt. His heart was a puzzle, filled with glued pieces. But when they left the world, his two favourite people, the biggest piece of the puzzle was torn out. And no matter how hard Collin tried, he couldn't mend it. He didn't want to.

He closed his eyes and pictured their faces. Monique, his beautiful wife. And Lisa, his tiny sweet butterfly.

The moon was shimmering like a silken, silver deity of the night. The dark tall trees were shadowy and plain, like slim sticks that stuck out of the ground. The stars gleamed and winked at Collin as he went back to "The Creator of Wonders". He felt his hand grip on the match, but he didn't know if he should use it. He needed a piece or...he'd be kicked out. He needed it to live. He pulled the match up to orb. It began to glow and the parade of shadows began to march once again.

This time, he sat in the middle of the room. Watching the carousel of lean dears spin, he felt the ideas coming to him. He wanted to grasp them, he wanted to reach them. But they were too far, they were out of reach. He stared through the window. He watched the red trees shake in the swirling night air. The furry owls flew from branch to branch. A few orange lights gleamed from closed windows.

He let the shadows comfort him as he went to bed, sprawled on his diamond-patterned couch.

He knew that the candle would die out. The night winds were strong and they would blow it out. He woke up to an empty room, filled with dull blue paint. A loud knock rattled his ears.

"Open up!" He heard a faint shout.

He walked to the door. A stubby man stood, with a dark nest of black hair and a printed red shirt.

"Hey, hey. I promise. I'll pay the rent, in a coupla days." Collin's voice was calm and reassuring.

"If you don't pay it by tomorrow, son. You'll havta leave!" The landlord grumbled.

He sat on his desk, the sun gleaming on his white lined paper. He imagined characters running through his head. Short ones. Tall ones. Red-haired ones. Old ones. He paused and thought sadly of Lisa and Monique.

He stared at the shadows slipping underneath the door. He sighed. "The Creator of Dreams" was still going. He thought of a circus.

With bright yellow fabrics. And ladies with vividly painted faces. Dancers with deep ruby red lips. Ballerinas with elegant long skirts. Kids holding onto fluffy cotton candy. A thought raced through his head- he had gone to the circus with his beloved Lisa and Monique. His hand began scribbling words on the paper.

He would write about-the circus. Which meant the world to him. And his beautiful Lisa-and his amazing wife, Monique-they both meant the universe to him.

For the Critique Circle! I think your story was wonderful, and the creativity in it really appeals to me. I think (like the previous comment) that there were a few too many descriptions. I love writing description personally, especially if it comes out as nicely as yours did, but I think for stories like these, readers who don't appreciate writing could get more bored than amazed. Great job overall, the descriptions were just a tiny thing to make it better, but it's an amazing story that really pulled me in.

Thank you! I'm happy that you liked it! This wasn't one of my favourite stories, to be honest, but I'm glad you enjoyed reading it!! I'd appreciate it if you could read a few more of my stories if you have the time! Thanks. 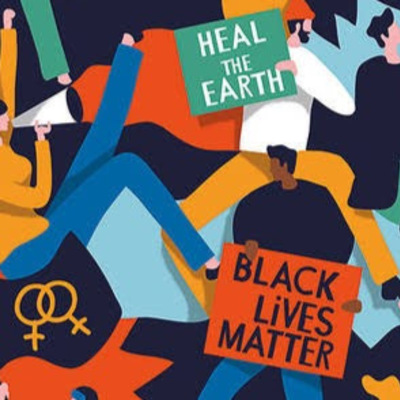 I did like the quality of your work, but I also think it there may have been too much detail spent around his surroundings [including the landlord part]. I really appreciate the fae/circus elements within the piece.

I appreciate your honesty. I can't edit this piece because it was already submitted but thank you for the feedback!