To Learn and To Live

Everything was bright and in clear focus. Everything was sprinkled with colors around the gentle plain. The colors come from tiny but numerous flowers forming clusters. The each flower cluster had a clearly distinctive area. See: Yellow flowers, Purple flowers, Bright Green Flowers, Red Flowers, Blue flowers vying for space in the green and yellow-green grass.

In the distance were the green hills and farther on were the blue, purple, and dark mountains.

I barely looked at the idyllic scene. I knew that the group of guys around me didn’t look to admire the view. They were waiting for their assignments around the farm.

I knew most of these guys. These are hardworking, dependable, and a happy lot. Those who know machines were assigned to the farm equipment. Those who know orchard work know where to go. Those who take care of animals have taken cared of animals in this farm in past years. These are the usual hewers of wood and drawers of water in medieval times. Then there was one guy which I haven’t placed yet.

“Angus.” He said, in a really masculine, not deep, voice.

There were some titters. It’s a name more suited to the English or Scottish Highlands.

“How about orchard work?”

“Hmmm… tell you what. My sheep flock is getting large, and since no one is taking care of it except me, how about I teach you something about it and let you take charge. Okay?”

He came to shake my hands, as if to seal a deal. He has gentleman’s manners, that’s for sure. It was refreshing to see some of the old manners around here. But I have already made up my mind I would boot him off if he doesn’t shape up.

I took him up to some higher ground where the sheep were. It takes a 15 to 20 minutes striding. The first thing he noted was the shack on top. It was used to store some tools, nothing more.

“May I fix it up; bring up some things to make it more comfortable?”

“You have a bed assigned in the bunk house at night. Meals are in the main house. You planning to sleep out in the open?” I asked, out of curiosity.

“We’ll, if it doesn’t interfere with your work, suit yourself.” Whatever makes a worker happy, I thought.

Mac learned quickly. He identified the main feeding areas of the herd, their sleeping areas, their sheltered areas when the wind and the rains got so strong, and their numbers: so many rams, ewes, lambs, about 800 heads in all. I was impressed.

“Can I see their Certificates of Veterinary Inspection?” He asked.

I was even more impressed.

“I haven’t got around to it. Maybe that’s your first assignment.”

I was assured that the sheep situation was well in hand, so I just came to his shack infrequently. In the beginning, at least in the first few days, he would sleep in the bunk and have meals in the main house. Later, he didn’t sleep in the bunk at all, and sometimes wouldn’t appear for meals.

He was getting along with the others; especially the kitchen staff where he sometimes hang around and help peel some potatoes. He joined in games, laugh at their jokes, and make jokes of his own.

One day at dinner Mac wasn’t around. I asked:

“Oh, maybe he’s in the meadows piping to the sheep!”

And they would laugh! I smiled, too, at the picture of Mac dancing around and piping to the sheep.

The following day I went up to see how his shack was getting along. There were stone steps now to his shack, and the start of a hedge around the northern perimeter, mounds of dirt planted with Forsythia, Black Mondo Grass, Deutzia, and Rockspray Cotoneaster. A colorful array. Feels homey.

The shack was larger, and there was a door.

He was at a desk against the wall. Above it, there were two empty shelves, still waiting for books. On his desk were hand-carved wooden whistles. He was drinking coffee. Black.

I was looking around. There was small oven and kitchenette, even a tiny sink. It was clean. I looked at the floor: spotless. He gave me a mug of hot coffee. And a small sugar bowl. And cream.

Impressive. A man who keeps his place shipshape can surely keep his affairs shipshape.

And the coffee was one of the best I’ve ever tasted.

“What are the shelves for?”

“Oh, these are for books.” He showed me some books he took out from his big backpack. He showed me several books on sheep and sheepherding. He takes his job seriously.

“Good,” I said. “I’ll be calling in some vets tomorrow for inspection of the livestock, including sheep. Most of the work will be on the sheep, because of their number. Think you’ll be up to it?”

There were already several people gathering on the main yard who I’ve assigned to help rounding up the flock. Mac was already there.

“Hey, Mac, how’s the pied piping business?” somebody ask. They were a good crew, and there’s a lot of bantering.

“Ok, Mac, lead us to the sheep to help round them up.”

He took out his whistle and signaled. Three short blasts followed by a long one.

At first nothing happened. After a while, we heard a far off “Baaaaa!”

Soon the main barn was full. The rest of the flock was in the corrals. The men had little to do: just guide the sheep. The sheep obeyed Mac and his whistle.

Overall, it was a very good display of trained sheep.

Soon the Vets came. Everybody was busy with Ear tagging, Sorting, Treating, and Weighing, among others. The Vets gave excellent marks to the flock, saying it was one of the well maintained ones.

The sheep was really well-trained. No matter how loud the bleating Mac’s whistle would calm them down. Later, when all was finished, they went their up to higher ground, the way they came down.

Mac didn’t become proud or boastful despite the praises he got. He remained eager to learn when needed, treated everyone with respect, never overstepping his bounds. He is a real gentleman.

In one of our coffee sessions at the shack, we were discussing how the farms around us were faring because we’ve had a drought the past five years. He said drought and plenty come in cycles, and we’re due for plenty of water.

Looking at the books behind his shoulders I realized it pays to listen to his opinions.

His choice in books was eclectic. He had books on sheep, as expected; farm equipment, animal husbandry, orchard farming, and literature. A surprising topic was Disaster Management.

“Are you expecting an earthquake or something?” I asked, indicating several books on Disaster Management.

“Oh, it’s a free seminar. I was fascinated. I always believed it’s better to have it and not need it, than to need it and not have it.”

We’ll, it’s practical after all. With the increasing rains (the end of the drought cycle), Mac’s plants on the northern hedge tend to prevent erosion. This protects the hillside aside from adding to the beauty of the surroundings.

So events have settled on its natural ebb and flow. It is still an idyllic scene. For myself, who wants it bright and clear, it would have been idyllic except for the rains. Then I remembered a friend who always said that he liked the rain so much that he would have considered this peaceful.

Until the day disaster struck.

A hurricane struck north region of our farms and, improbably, moved south. This was joined by a strong earthquake. Several dams broke. The dams, which were full because of the rebound effect of the long drought, released the water and flooded the area in the north, and kept on coming without letup.

It was late in the afternoon when the water came. The farm buildings were braced for the hurricane. But when I learned that dams broke and electricity stopped, I didn’t hesitate.

We almost didn’t make it.

We scrambled to higher ground, to Mac’s shack.

Floodwaters were rising fast on the higher ground. The ground was wet with the hurricane. Something touched me on the shoulder. It was a rope! Mac had thrown several ropes along the path to help people up. No doubt it saved lives.

I could see people, covered by water, who held on and managed to climb out because of the ropes.

I couldn’t believe the cacophony! The roaring flood waters above the hurricane sounds! The unbelievable cracking of the buildings being broken and carried away even as the strong hurricane winds and rains pounded us.

Mac managed to let us all in the shack. Somehow, he had made extensions in the shelter. The shelter was well constructed and insulated; we barely felt the hurricane outside. For light, he had light several pressurized kerosene lamps. And warm blankets, which people had to share because they weren’t enough.

Mac started the stove, providing us with the hot water and soup. The kitchen staff helped. Although they had to share the cups and the mugs and the spoons, everyone managed to have their fill. We had nothing else to do, we couldn’t see outside because of the dark, so we slept or tried to.

In the morning, we surveyed the damaged.

All the buildings were lost. So is most of the orchard, some taken away because of the flood waters. I don’t know how many farm equipment and animals were lost.

But there were bright spots. The hedge that Mac planted to prevent erosion did it job, and it was intact. Best of all, none of the people lost their lives.

It would be a monumental task to rebuild. When I told them they could leave because I couldn’t pay their wages for now, most elected to stay.

Best of all, Mac stayed.

When I asked him if he was willing to work in the orchard or the buildings or the equipment he said: 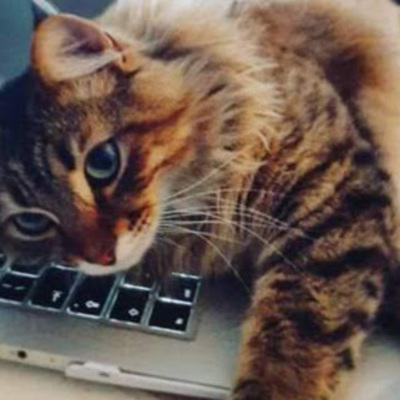 Hi, here for the Critique Circle. I very much appreciate the kind of 'circular' narration you used. I love the balance that "I can learn!" gives to the whole story, and how it helps giving it structure. It's not very clear from the first paragraph where and -especially- when we are though, so the expectations for the whole story are a bit muddled. Also, you use very descriptive language in third omniscient person BUT ALSO a close first-person narrator, which was extremely jarring for me to get through on a first read, and overall le...

Thanks for the comments. They are very informative.