The cobblestones in the town square are waiting.

Something will happen today. They know it. They have seen centuries go by, filled with horrors and wonders, and they recognise the signs. There’s a stillness in the air.

The square was paid for with blood. Some rich businessman, who lived a few centuries ago, had it built to show everyone how generous he was. He got his money by selling people. Men, women, children. Chained and beaten and starved. Bought and sold like cattle by the rich businessman, who was so convinced of his own superiority that he couldn’t fathom that they were humans. They were taken from their homes and shipped off to plantations across the ocean, where they were forced to pick cotton or cut sugar cane until they dropped dead from exhaustion. Very few ever set foot in the beautiful little square that was built with their blood.

Some fought back, of course. Some escaped. Those who weren’t caught and murdered told their stories to the world. In the pretty town square, the housewives stopped buying sugar. The workers at the cotton mills refused to work. They were ordinary people, but they listened, and they heard injustice. It took years - and a lot of bloodshed - until the laws were changed and humans could no longer own humans. Many didn’t live to see it.

The town square is silent in the grey light before sunrise. Two hundred years ago, there would have been long lines of workers shuffling across the square towards the cotton mills and coal mines. They worked for sixteen hours a day in vast halls filled with noise and heat and dust, under factory owners who only cared about profits. If a worker lost a limb, what did it matter? Labour was cheap, after all, because so many of the workers were children. Either they worked or they starved.

Their parents protested. Doctors were outraged at the poor health of these children and stood up before the ruling classes to testify. A kindhearted nobleman with a sharp pen wrote letters to national newspapers until finally everyone agreed that something had to be done. Who knows how many childhoods were stolen before something was actually done?

It’s raining, and the cobblestones are slippery underfoot. A century and a half ago, the girls who worked at the match factory were huddled together in the square, trying to stay warm in the drizzle. They had laid down their work and marched out of the factory halls to demand a better wage. After fourteen hours a day, inhaling toxic phosphorous fumes, they still could not afford bread. The workers at the cotton mills joined them. Young and old, men and women, locals and foreigners. A century and a half ago, the cobblestones would have been slippery with their blood, as the police tried to beat them into submission.

But they persisted. A famous author wrote about them. A scientist developed matches that weren’t poisonous. A priest made sure their children didn’t go hungry. And grudgingly, the factory owner agreed to pay the workers a little bit more and improve the working conditions a little bit. It came too late for those whose jaws were rotting from the phosphorous.

It’s early morning, and nothing moves in the town square. It was different a hundred years ago, when the women of the town stopped whispering they’d had enough and started shouting it. They had won the right to education, and the right to work, but what was the point if they were paid half of what men were, and then lost their jobs once they were married? What was the point if they had no say in how the town should be run? If they were beaten and ridiculed and told to stay in their kitchens and look after their children?

It was happening in other towns too, and in other countries. Women travelled across the world to learn from each other. Rich and poor, old and young. They marched in the streets and flooded the town hall with their letters of protest. They weren’t alone. A number of men listened and joined in their protests. The town hall was in chaos. The police were sent out to arrest those who had shackled themselves to railings. And step by slow step, the laws were changed. But not all those who marched in the streets lived to cast their first ballots.

The rain turns everything blurry. The old town hall is shrouded in cold and damp. Less than a century ago, a bonfire of a thousand books was burning in the town square. The red light danced across the cobblestones, and glittered on the fragments of smashed windows. Some of the citizens of the town would hardly dare to go outside unless the rain hid the yellow cloth stars sewn onto their coats. There were rumours of train journeys that ended in death.

But when the soldiers came to round them up, they were nowhere to be found. Law-abiding housewives hid them in their attics and basements. Students broke into the town hall and destroyed the records that could identify them. Journalists published underground newspapers that told the truth. They all worked together to oppose the soldiers. And when the town became too dangerous, fishermen smuggled them across the sea to safety. Those who were caught, were shot. And if no one was caught, the soldiers rounded up a dozen men at random and shot them at dawn.

Nothing moves in the town square except the wind. Half a century ago, the square was full of people. For centuries, they had been killed and imprisoned, or thought to be ill and forced to undergo horrendous treatments. Simply because of who they were and who they loved. Men who loved men, women who loved women. People who did not agree with how society labelled them at birth. Society wanted to pretend they didn’t exist.

But they wouldn’t let the town ignore them. There were people there from all walks of life, from all backgrounds. They set aside their differences and worked together. They wrote books. They held meetings. They shouted from the rooftops. They challenged the laws and resisted when the laws were turned against them. Others in the town joined them. Students, artists, librarians, mothers, fathers. They stood in the square until people could no longer look away, until people realised they had the right to live and love. They did it for all those whose love had been illegal.

The square lies grey and empty. It’s hard to imagine the crowds that thronged the square and the narrow streets just a few decades ago, all those who were considered inferior by the laws and by society because they were different.

Some had opinions that the rulers said were dangerous, such as a society where people were encouraged to think for themselves rather than following what was written in old books or decided by those who had money.

Some were foreigners who had fled wars and injustice abroad only to find a different injustice in the town with the cobbled square. Some had come to find work, but found that no matter how hard they worked, they were never good enough. Some were born in the town, but had grandparents who were dragged across the oceans in chains. They were told to go back if they didn’t like how things were done.

Some had ancestors who had hunted and fished and gathered at that location thousands of years before the town square was even built. And yet many townspeople saw them as the strangers, and shrugged when they heard that the museum archive still contained rows and rows of dusty skulls, robbed from their graves in decades gone by because the town’s scholars wanted to measure them. Every week the crowd came at sunrise and stayed until sunset. Sometimes they sang, sometimes they sat in silent protest. And the crowd swelled as people learned to listen.

It’s morning. The rain has stopped, and the cobblestones shine in the sunlight. Who will come today? Who will stop, and think, and stand shoulder to shoulder with those who drag injustice out into the open for all to see?

The cobblestones are waiting.

An important reminder that people have always been fighting against injustice and that protest can bring change. The repetition and the ending work perfectly, the imagery is excellent - just really well done. Thank you for this.

Thank you! I'm glad you liked it!

This is an amazing story! The perspective of the cobblestones, and the words you chose make it sound almost like poetry, or a legend. And the message you send is so delightfully bittersweet. The solidarity of the town is heartwarming, and eventually things changed but people didn't always to live to see it. Thank you for the beautiful read!

Thank you for the lovely comment! I think it's important to remember that change is possible!

Truly, if the ground could speak what tales it would tell.

Indeed! I got the idea from the Stolpersteine project (https://en.wikipedia.org/wiki/Stolperstein), which commemorates victims of the Nazis. There are some in my city. Actually most of the examples in the story are based on/inspired by true events from places where I've lived or that I remember from school history lessons. 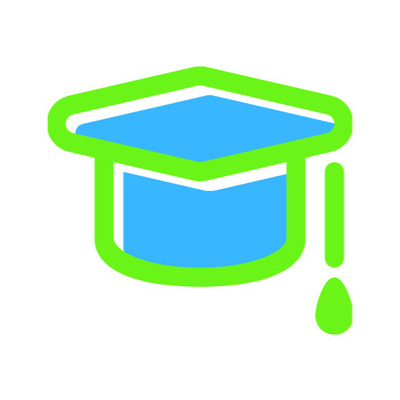 Wow! This is an amazing story!