Listen to your Mother !

I turned off the news.

It was always the same. Global warming causing hurricanes or fires somewhere or the other. Revolts and riots everywhere. Political strife, things heating up. A celebrity has had serious allegations come up against them.

People killed because of some trait that doesn't harm anyone.

It wasn't like I needed anything more to add to my depressed funk.

My mother walks in and sees me despondently lying on the couch.

I sigh. My aging mother is a little out of touch with the world, not senile, but preferring to quilt, or watch her soap operas, she doesn't really watch the news, or browse the internet much.

" It's just- I don't know what's going to happen, it seems like everyone's against you these days. Humanity seems to be so bad- either someone's out to get you for money, or they secretly hate you cause of your religion, or they're going to kill you due to your race. I mean we are really a mess now. "

Instead of the ' don't worry, it'll get better ' , or the ' you're too dramatic Child, eat and you'll feel better ' , I expected, my mother frowned.

" Back when I was a girl things were very bad. You could get assaulted, and the police would just dismiss your case. You could get lynched, and relatives would say it was what happened when you weren't careful, and neighbors might think you just deserved it.

" Alright fine Ma, we have improved a little, I understand. "

I was never one for politics, I do not know what it was that caused it, or what it was called. All I know is that people were violent and hurting others. My friend Andrea. Do you remember her? She's come around once or twice. She ( unlike me ) was always reading and discussing the news, and was angry too. She was angry at the violence, and injustice that was happening. She convinced me to come with her on that hot summer day to the peaceful protests she was joining. It would be a good deed, and it would please Andrea if I came, so I agreed. It started out normally.

We marched, carrying the beautiful signs ( I made ) part of a group of about 50 people. Some faces I had seen around, others were just strangers. Then it turned nasty. We met a group of rioters. You could say we were protesting against these people, and those people were rioting, because of their violent urges. They chose their enemy as anyone who was ever oppressed, or discriminated against. People from Asia ( anyone from thereparts was a communist to these people ), people of color, people of other religions.

We saw them in the street coming towards us, and didn't really know what to do. Some of our group were thinking they would just wait for them to pass, and then move on. But as they came closer they started to jeer at us. They came close enough that I could read their signs, and I shivered. Hateful signs with lots of thick red and black paint. Covered in slurs and profanity. There is no need to tell you they disliked our group. Shouts of " hippie b**** freaky bast**** met our ears. And then they saw me. I suppose there might have been a few other protesters who caught their attention as well, but I was somewhat near the front, and our ' beautiful signs' were eye-catching. Suddenly slurs were directed at me. Curses and horrid words, 'terrorist' being the most common. The crowd of rioters were looking straight at me, and cursing, spitting. One person threw down their sign, and started advancing toward me. The rest were following suit. I was frightened beyond belief, and wasn't aware of anything but fear, and the strangers with hate in their eyes, and harm in their intents.

Then I was aware of no longer seeing those rioters, but a head of dark brown ponytails, Andrea's ! And another in a hat, and one with short flaming red hair, and one with light brown braids, and I found myself in the middle of a close mass of protesters. They were literally shielding me from the onslaught of people with their bodies. My Child, you hear about these things, but to see it was another. Those spitting people, were terrifying, and yet those shielding people in front of me were bold, and they gave me courage. It sounds like a poorly written story but Andrea at the front began advancing at the rioters and like Moses parting the red sea, us protesters parted through them. I don't know how it happened but we were not attacked. Maybe there was no real danger, and we met a group of rioters with all bark and no bite. But what that group of protesters did, they did without knowing that.

I never missed another protest after that. I even co- organised one with Andrea. True - nowadays I don't get out much, or even keep up with the news, but I am thinking that if things are all that bad as you said, there must be some protesters out there. "

" You always interrupted so! I never got around to finishing a tale."

Always one to think of the world as a cruel, survival of the fittest type place, this tale was something new. And hearing of it from my own Mother!

I suppose the bad in the world brings out the good. I smiled,

" You know Ma, you are right. I should listen to your stories more. And, I think it was about time for us to get out of the house. "

I reached for my phone, and searched up, " Protests near me ".

This was an AMAZING story! You always write great stories but this one I feel was fabulous! If anyone is going to tell this story I am glad it's you! Keep writing and stay safe! -Evelyn

What a great ending! That was a beautiful story

Thankyou! I really appreciate it. :)

You write it so well..beautiful❤

Nice story! I loved the intro and the ending, and the title, too :D

Thankyou! I really appreciate it! :) 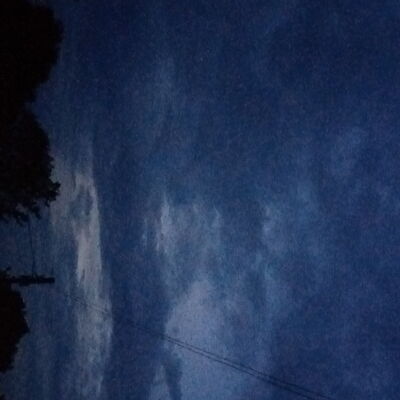 This is story is just amazing. You can literally feel the reality

GREAT story Khadija! Loved it! Keep writing and have a great day Khadija!❤️️

Thank you so much! You have a good day as well :).

This was a great story to read, thoughtful and a bit of comfort to our crappy, crazy world. I liked your message and the cleanness of the story, nice and easy to follow. Feedback: try adding more spacing between him talking and her so it looks slightly more refined. And while the mother is talking, add breaks for her to sit down or take a drink or something. But overall, this story was a great read!

Thank you so much! I really appreciate you taking the time to give me feedback! I will definitely follow up on the spacing, and will try to fit the talking breaks in. I just felt like after the daughter interrupting her already so much, it would just break the flow of the story. However I will for sure keep that in mind for future stories. Again, thank you for the feedback! :)

Glad to be of help. Good luck on the edits!

I love how you wrote this story! I really enjoyed reading it! You're a great writer. Keep writing!💛

Thank you so much! You are very kind, and your lovely comment made me smile :).