When I was born it was a disaster for Even Island. Before me, everyone and everything came in pairs of two. Came in evens. I came alone. An oddity, an odd number. A lonely number without a pair.

But as days, weeks, months, and eventually, years passed by, I remained an odd. Sure, new kids were born eventually, but they were twins, as usual. A boy and a girl. Sometimes there would be two girls or two boys. But never one or the other. Except in my case. I was born without a sister or a brother.

Folks panicked. “Everything on the island comes in two,” they’d exclaim all over the place. “What does this mean? This child will bring only bad luck! He is an oddity! An odd, with no pair!”

Naturally, because of this, I was left not only without my soul pair but without any friends too. Everyone avoided me. I had to sit way in the back at school, and I would say to the teacher that if I try to sit further away from the blackboard I’d have to sit outside.

The teacher considered it. And I couldn’t return to school after that.

My parents homeschooled me. They tried their best to make me feel wanted and loved, but all their efforts were severely undermined by their own fears and doubts. They weren’t sure either if their child was the spawn of hell or something.

At first, my peers avoided me because their parents told them to. Then, as we all grew up a little, they did it because I was different. Everyone else had a brother or a sister, a boyfriend or a girlfriend, a playmate, a coworker, a partner, a dance pair. I had only my lonely self.

“Well #77,” I’d say to myself sometimes. “At least you have double digits. At least there’s something even in your life.” But then I’d think that those two digits were both the same odd numbers and became even more depressed.

One other thing about the double digits was that no one thought I’d live beyond my ninth birthday. Well, I showed them wrong. Six years wrong. As of now, I’m 15.

And it’s really bizarre, this whole even thing. I mean everything is in pairs here. Everything.

Our homes hold families of four; two parents and two children. You can have two daughters, two sons or a son and daughter. But never just one or the other. And somehow, the numbers always add up so that everyone has their own pair when it comes to marriage and, khm, reproduction. Everyone can start a family. Sometimes I’d wonder what would happen if a girl wanted to be with another girl. Or if a family were to break apart.

But such things never happen here and are unheard of.

Even nature comes in pairs of two or multiple pairs. A flock of twenty birds, six butterflies, four clouds in the sky, two waves crashing onto the shore, a herd of 36 sheep. One peculiar thing is that there is only one sun in the sky and only one moon. I find that odd, but the teacher says that the moon is actually the sun’s baby sister. So there are two big balls in the sky, just not both at the same time. I never bought that explanation.

I once spent a whole day counting the seashells on our shore. I found 1752 of them. I counted the trees on our island when I stopped going to school. I had a lot of free time, so I had to do something. Just a shy from ten thousand trees, 9986 of them, to be exact.

Once, when I was feeling really bummed out, you know what I did? I began counting the stars at night. I couldn’t precisely count them all because they were just too many, but I assume the number would be something like a million and two.

It’s really weird. Luckily, the people have somewhat forgotten about me and I’m grateful for that. Since no apocalypse has come for the whole 15 years of my life, - hey, another odd number -  they eased up about it and settled for that ‘freak of nature’ label. Some even pitied me. “Oh, you poor thing,” an old lady would say. “You’ll die all alone one day!”

Lady, forget death. I’ll live all alone before that!

Today I’ve accepted my faith and all that, but I tried to fix my situation many times in the past. I begged my parents to produce me a brother. And they did. Two of them. The little rascals were all fun and joy at first, but as they grew and came to understand more of the world, they got that disturbing gaze in their eyes that my parents wore. That ‘what if’ look. What if our son really is an abomination? What if he really does bring us bad luck? What if we should have drowned him in a bucket as soon as he was born, to spare him the misery?

I’m not sure if that is what they think, but that’s the feeling I get. It makes me sick.

But you know what’s funny? I’m no different than the rest of the islanders. And somehow they ignore that completely! I have two eyes, two arms, and two legs. Two kidneys, two liver, two halves of the brain. Granted, I have one head, one mouth, and one nose, but those are natural oddities and everyone has them. The teacher said those are the leftovers from humanity’s time spent in hell. You know, the belly button being the scar where the devil inserted sin into man and all that. It makes me glad I wasn’t born with only one arm or something. Then they’d probably burn me right as I came from my mother’s womb.

Now, as I’ve said, these days I don’t do much to try to rectify my oddity. There’s nothing to rectify really because there’s nothing wrong with me. Other than the fact that I am lonely as something without a pair can be. Save for myself, I haven’t found a single thing in nature that I could relate to. I used to have the sun and the moon, but that whole sister relationship the teacher told me about ruined it for me.

I came to a conclusion, that I must have been born in the wrong place at the wrong time. Perhaps I was supposed to be born in that hell where everything is odd and nothing is even like the teacher says. Perhaps someone mistook my number, #77, for an even one or something, because of the double digits. But #55 had a wife. #33 had a husband and two grandchildren. Of all the 91 people living on the island, I was that 1 that just made things difficult. Uneven. Asymmetrical. Odd.

Why am I explaining all this to you, in this letter I’m writing? Well, It’s kind of my will or last testimony or that thing that people write in case they were to die suddenly. I know I’m young and I don’t believe I will die just because I’m an odd number. That is not why I’m writing this.

I’m writing this because I think I’ve seen a miracle. And I’m going on a journey to try and find it.

A few days ago, I saw something on the horizon, as I was counting the waves. Two, four, six, eight, ten… you know, pairs of waves. It was getting dark and I noticed a black shape against the red sunset sky. It was a ship. A big one. Definitely not a fishing boat from our village. And here’s the thing. It had three chimneys. Three! Not two, not four, but three! An oddity!

The teachers have told us that there is nothing out there but open sea. That we are the only people on the Even Island and that whatever we may see out there, be it floating on the sea or flying over the sky, is either our imagination or a demon from that oddity hell.

I used to believe that, especially when a roaring dragon flew over the sky, leaving a strange white line behind it, like a narrow cloud. But I was still little then. And that ship I saw, it looked real. And it had three chimneys.

So tonight, on the 18th of the second month, I #77 am going to sail out at sea, on a raft I’ve been building ever since I saw my miracle. I have provisions that should last me about four weeks and I can hunt fish and collect rainwater as I go.

In the spirit of all those will-writing-people, I leave all my possessions to my two brothers, should I meet my end prematurely and all that.

If something happens to me and I don’t make it, well, at least you’ll know I’ve died trying. But, if I do make it, I promise to come back and prove to everyone that I am not an oddity. That I am not destined to be alone.

I will be back with others.

Probably not in pairs.

Nice. It’s a creative idea and has a good beginning. Feedback: establish earlier that it’s a letter. If you write like it’s story then the towards the end when Jess just explaining everything gets boring.

Ah, I see. I totally missed that out, since I began writing it as a story and came up with the letter idea later on. Thank you for pointing this out, Waverley!

Awesome world-building. I could see this island. The only problem I had was with the fact that you once said that you didn't buy the whole sun and moon are siblings but then you say that it gave you comfort. Nice story. You could write a sequel to it easily.

Thank you Sam, for pointing that out. It went completely over my head as I was writing. 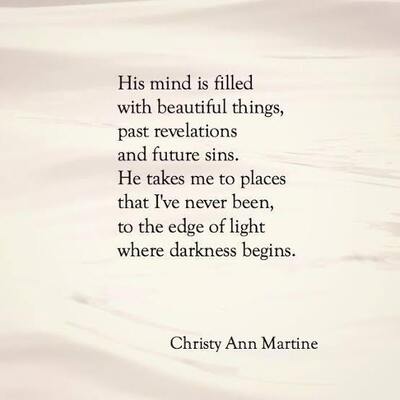 A very interesting concept, carried out perfectly. The world-building is up to point. Good luck for your future endeavors.

Thanks Iman, and good luck with your endeavors as well :)

This grabbed me pretty quickly and I am really intrigued about where it might go. I quite liked the fact that you never actually offered an explanation of why the protagonist was an odd but it did leave me quite frustrated! My leading theory is that they ate their twin in the womb. Great job- I really enjoyed this!

Hahaha that's an awesome theory, much better than what I had originaly planned (that #77 was just a statistical outlier).