Change happens everywhere, every day, and it is powerful.

In my personal opinion, the development of new technologies is the most significant change to happen: new ideas, new materials and new usages. Technology has brought new discoveries, allowing us to travel farther than the eye can see, and arguably, the most fabulous thing it has done is to give us access to the truth.

In almost every person’s hand is a phone, a gateway to more information than a single mind can handle. Anyone can capture events around them and post them on the internet to see, opinions fly free like birds released from cages. This carries both good and bad, a blessing and a curse.

The older generations would agree with me when I say it is a curse, stating that our phones are ruining us because we get addicted. Say we don’t know how to interact like “normal human beings” anymore; we have become stupid and can’t figure out how a book works anymore.

They couldn’t be more wrong and trust me, I am going to throw those words back in their faces.

In the last couple of days, I have seen more hate and abuse than I have seen during the previous eighteen years of my life. My eyes have been cursed with things no human should see because it is straight-up unacceptable, but it’s still happening.

I’ve watched tear gas being used on thousands of people whose only crime was wanting their voices to be heard.

I’ve seen “non-lethal” rubber bullets hitting innocent protestors, hearing the sound of breaking bones and screams of pain as eyes are being lost. I listened to the agonizing cries of a young black woman losing her unborn child.

I witnessed a video of George Floyd being murdered by the people I believed were heroes. I watched the people I used to look up to for protection kill a man who didn’t deserve to die. I saw no remorse on the face of someone who I thought whose job was to care.

It was a painful slap to my reality.

I didn’t want to believe it. I wanted to stay oblivious. I am a privileged white girl, I could just stay that way and ignore what is happening.

I could, but I won’t because I am way too pissed to stay quiet.

I will stand with the brave souls who dare to put their lives on the line to defend the rights of Black Lives. They have gifted the world with their experience that they recorded and released onto the internet.

I will keep my phone in my hand and watch what they post, even if I have heard the same words over and over again from different mouths. Some may call it repetitive and played out, but it doesn’t work that way.

Hearing the same recipe for bread is repetitive. Understanding the reason why Black Lives matter will NEVER be repetitive.

I will get angry when I listen to the stories the black community share, reciting their experiences dealing with unnecessary racism. I will feel pride when I listen to my fellow white allies let out what they think about the injustice the black community receives. I will feel even more pride when I watch them use their skin colour to stand between the police and black protesters. I will cry alongside those who break down while trying to process all the emotions surrounding everything that is happening.

That is why I will stay attached to my phone, so if the older generations want to shit on me for wanting to connect with those fighting for change, then I welcome it with a bright smile and my middle fingers up. If they’re going to fight, I am ready to fight back.

Another significant change that has come with personal phones is that we are no longer chained down to public News as our only way to learn about the events happening around us.

Before they had the monopoly. We had no choice but to believe every lie they fed us through the newspapers. It must have been easy to get away with screwing up information, changing it to benefit the group who paid the money to look good. They still do it now, and it still works on the oldies that refuse to look up information on their own.

It doesn’t work on us now, it never will.

I watched a side by side evaluation of how police treat protesters on a news channel and the real video captured. The News decided to cut out certain parts, ending the clip right before a police car accelerated and forced a whole group to the ground.

I’ve seen the tricks they play. Showing Black people leading peaceful groups in one picture, then adding a completely unrelated photo of looters who have nothing to do with the group, and who are most likely white supremacists or just straight-up assholes (but really, is there any difference? If you disagree then you are a white supremacist and I hate you already).

Many people are falling for the propaganda the police play into, kneeling and hugging protesters early into the protests. They act and smile for the big cameras, so they are seen as the good guys on the 6 o’clock news. Still, as soon as those cameras stop rolling, they pull out their toys that Daddy Government gave them and abused the protestors as if they can get away with it. They have hidden in the protests and turned them into riots behind the Black Communities backs before they turn around and use that as the reason their “retaliation” is justified.

I cannot understand why the Police, News, and Government are so stupid? Did they forget that most of the protesters have their own recording devices and film the events so the rest can put two and two together and decipher who the real villains are here?

Oh wait, they know. The police try and beat everyone with their toys to get them to not post it. Arrest innocent people, take out cell phone towers, all that totally legal jazz.

The News can keep lying to us all they want, but we will find the truth and spread it like wildfire. Honestly, who needs the News to keep up with the protests when social media lets you hear it right from the mouths of those fighting for it?

No matter what they do, we will know. We know that enough is enough and will keep fighting against the injustice. They are going to run out of tear gas if they think that the BLM moment is the only one we got planned, because if All Lives Matter, we got a lot more Lives to protect. We are nowhere close to done.

A lot of these racists assholes aren’t ready to give up their power against those they oppress, but that doesn’t matter.

They are growing old, and we are growing up. If they aren’t going to accept change, then we will shove it down their throats, just like they did their racist perspectives.

Change is coming. We are coming.

Please remember that the plural of human is humans and that no apostrophe is ever used for plurals. Also, even if a story has a moral to it, we need to make sure we don't try to 'lecture' to readers. Don't tell, show. The basis for the story is great. Make it a story. You can do it!

Thank you for the feedback, I didn't even realize I used an apostrophe! My bad! I didn't feel like writing a story this week, just wanted to get out my thoughts in a personal/persuasive essay but I do see your point. Maybe one day I'll rewrite this as a story.

OK, just know I am the apostrophe police haha. I can find every example of misuse and it drives me crazy. That is not your fault - I just wanted to explain that it is one of the things we more 'mature' (= older) readers do. Also, as someone used to analyzing literature, I see when a story is not story but rather editorial. Can you reframe, put more dialogue, less narrator in this piece? That might help. Opinions can certainly be expressed through fiction, but they need to be framed as fiction. You seem more than capable of that.

Really liked the topic you raised. Hope you can get the time to read my story too and share your opinions on it. 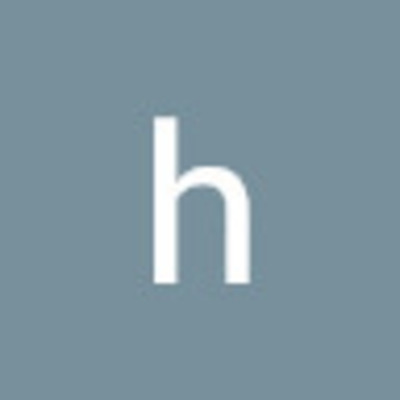 Nice stories, keep it up please kindly comment on my stories i need your suggestion for my improvement stay blessed

Thank you! I’d love to read your work.

Interesting topic feels more like an essay though on your opinion.

I wanted to do a creative essay instead of a story, get out all the words I wish I could scream at the world.