If you’ve ever seen a typical American high-school movie, you know the plot: there’s a nerd, who likes a jock, but the jock is dating a pretty cheerleader. Or they like the cheerleader but the jock is in the way. Either way, in the end, the nerd ends up dating the one they wanted.

Since the cheerleader/jock is always the main antagonist, the nerd is the protagonist who everything works out for. That’s supposed to say that, even if you’re a nerd, you can get what you want.

Unfortunately, that also leads to a superiority complex that I see way too often.

I used to be one of them. I thought that I was better than all of the more ‘feminine’ girls who wore dresses and liked make-up. I watched different TV shows and read books instead of going to parties. I skipped Starbucks and went to the bookstore. Those girls who always wore dresses, cared about their looks, and went to Starbucks – they were just shallow, flat people who followed the crowd. I was an independent, amazing person who saw through the obsessions of the masses.

Then, one day, I got to thinking about it. I decided that that was a load of garbage and that I wasn’t independent and amazing. I was unaccepting and cruel. Just because the masses like something, doesn’t mean it’s bad. I thought that I was independent because my actions weren’t influenced by other people. Really, though, everything I did was a reverse to what others did. They were completely dependent on other people, just backward. The masses can be right, or they can be wrong.

This is a recent epiphany. I haven’t actually… gone along with it. Inside, I critique myself and try to be hyper-aware of my actions. I’m all right at recognizing when I’m being stupid. I just keep being stupid, though. I look at social media posts about feminism and anti-racism, human rights and acceptance and all. It’s boiling up inside of me, but outside there’s no change.

“And Haley? Wow, I can’t believe how much mascara she was wearing the other day! Did you see it?” I hear from across the lopsided “circle” I’m sitting in with a few other girls.

“Yeah! And that dress was so short. I can’t believe she tried to hit Mark back when he tried to slap her butt,” someone responds. I don’t really pay attention to who. “She was really begging for it.”

Yeah, she wasn’t. Mark shouldn’t have slapped her.

Now if only I would say that out loud. Instead, I laugh and nod along, saying, “Right?”

I take off my false glasses to wipe them on the hem of my shirt. I only wear these stupid things because, when my parents bought me contacts, I was too anxious to go without my glasses. My parents don’t even know I have these. I didn’t want to look like I cared about my glasses, and showing up to our proudly named, “Nerd Circle” with new contacts would make these people think that I cared. That was something that I was adamantly against for so long that now, I can’t break it. I can’t say that my opinion has changed, although it has.

A chorus of goodbyes rings out and people start to wander out of the room. I follow them and climb into my car. As I drive away, I wish more than anything that I had said something about the way we were talking about other girls.

Next time, I tell myself.

A few days later, on a Saturday, the Nerd Circle reconvenes. We continue our discussion from our last ‘hangout’, plus some other things that we picked up on in the remainder of the school week.

“Imagine going to a party on the night that the season finale is airing,” a girl says, referencing ‘our’ favorite show that airs on Saturday nights.

“Parties are so cliché,” someone else chimes in. “I’d never be caught dead at one.”

I think that a party would be kind of fun, I imagine myself saying. There’s nothing wrong with having some fun.

“And heels are so impractical,” another girl says randomly. “Stuff like combat boots are way better.”

I nod along. I want to wear heels sometime, just to see if I’d like them.

“Dresses, too,” I hear. “Why would I want to wear something that barely covers my underpants?”

I don’t like dresses on myself, but I don’t see what’s wrong with other girls wearing them. I still nod.

The next two hours go about like that. Someone says something I disagree with. I disagree silently and nod along visibly.

I wish I could muster up the courage to say something. This mentality is so… wrong, and I cringe to think that I ever believed in it. But I read somewhere that that’s a sign of growth, so I take solace in that.

There’s nothing wrong with being more feminine than I am. If you think about it, society would collapse if traditionally ‘feminine’ jobs weren’t done. I’m happy bare-faced and in sneakers. Some girls are happy with make-up and heels. That doesn’t matter.

I’m glad that I realize that. I just want the other girls in the Nerd Circle to understand that too. If girls and women are oppressed already, how is girls breaking down other girls going to help? Confidence is key, and ruining other girls’ views doesn’t exactly build their confidence.

I know that I’m likely the only messenger of this to the Nerd Circle. I don’t enjoy their company, so even if they shun me after I say that, I won’t miss anything. I don’t want to be left alone, though, so I just pretend to go along with things. I tell myself that I don’t know why I do it, but I do. I tell myself that since I still struggle with judgment sometimes, I’m unqualified to be their leader.

It’s a web of excuses, and I’m caught right in the middle.

If I can’t say anything, or change my behavior to match my thinking, do I really believe these things?

I swipe through my phone, reading through more posts about these things I’m thinking. And something sticks out.

My first thought when I see a girl touching up her make-up in the bathroom mirror is, I can’t believe she’s that vain. The same things that my first ‘best friend’ always said. She’s the one who started the Nerd Circle. There’s the conditioning.

My second thought, right after that, is, she likes it, and that’s all that matters. The real belief.

I’m not struggling with judgment. I’m overcoming it. I’m definitely qualified to teach the Nerd Circle about this.

I know I still won’t. I recognize that I can, but I still won’t. It’s so stupid, but I know I won’t gain a spot in any other clique. The girls in the Nerd Circle, the girls who speak against what I believe, are the only people I’ve got. If I lose them, I’m out of friends.

Wow. A superiority complex will really mess you up.

I glance at my clock to see that it’s a bit past midnight. I turn off my light and allow myself to drift off to sleep, all while making excuses in my head.

I still attend Nerd Circle meetings. I still nod along with everything that’s said. I still have those second thoughts, but less and less often – I’m overcoming the conditioning to where the second thoughts aren’t even necessary as much.

I tell myself before every meeting that I just have to say something.

I never say something.

A year later, I graduate from high school and go to college. No one from the Nerd Circle goes to the same college as me. I reinvent myself based on the beliefs I’ve been secretly harboring, in the hopes that maybe, one day, I might encounter someone from the old Nerd Circle who will see my differences and allow me to explain.

Acting on my beliefs gives me such liberation. I could have had a much easier time in high school if I’d just dropped the Nerd Circle. I always regret that I didn’t do that. That I didn’t say anything. Now, I speak out and call people out when they talk like the Nerd Circle did. It’s so freeing.

And I have no second thoughts about it.

Great story. You really captured the nervousness of the protagonist & her inability to speak out. (I especially loved the bit about the contact lenses and still wearing glasses)

A relatable feel good story. The need to fit-in is universal irrespective of gender or age. You've captured it beautifully with girl's angst...a high school rite of passage. Well done.

Well done! Read like a charm! Would you take a moment and read mine as well? Ashen Tears

Dear Claire, I really like this story. It is well written but most of all it makes the reader think about his or her own behaviour! Keep it up😊

Thanks! I’m glad to hear that because that’s what I wanted... haha

This was amazing, Claire! I loved this story. Keep it up! Would you mind checking out my story ‘A Poem By A Star’ if you have a chance? If so, thanks! Again, nice work! -Aerin

BRILLIANT!! Loved your story. Kept me engaged till the end. How you captured the thought of growth and learning in the story was amazing. Would you mind to read my story too and share your opinions on it.

Character's inner struggle is made apparent from the beginning. Well done. 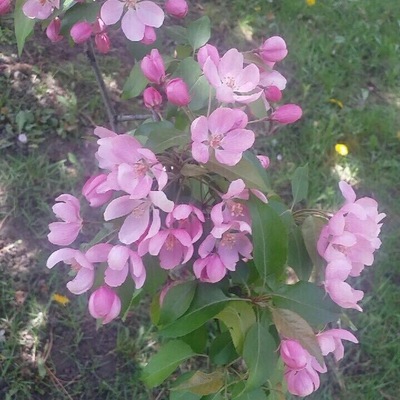 This is so well done. As someone who was a teenage girl once, I also struggled with this. I eventually overcame it, but like the protagonist, it took years to drive myself out of that toxic mentality.

Oh my goodness - I love this so much. Perfectly capturing personal reflection and personal growth. After all, we are always learning and growing. My personal favourite line is - 'your first thought is what you were conditioned to think. Your second thought is what you really believe'. That will stay with me, it's definitely made me think more about my personal outlook on life.

Hello Claire, I enjoyed reading this story, mightily. :) I especially liked the bits of the narrative where the protagonist remembers bits of time where she would have liked to have acted differently. (toward other women) I also enjoyed this story because it caused me to remember bits of my life where I took enormous pride in my "nerdom" and said absolutely horrible things about girls whom I was jealous of. ("pretty" girls who always got the guy) Looking back, I can see that those girls were just as jealous of me. Anyway, now ...

Loved this story Claire! I felt all the emotion of the characters and I was instantly attached! Overall it was naturally a good read!

This story was amazing! I loved it! :)

WOW...great story, Claire! Nicely written and I loved it! I could feel the pain of the persona in this story... Keep writing and stay safe!❤️️❤️️