Outside the night was cool and serene, owls hooting, nightjars flying past, fawns shying from the thick fingers of orange light that flooded from the mansion on the hill. The valley below was quiet and sleepy, but the rolling hill, tufted with thickly manicured grass, resonated with jazzy music that grew louder as the night wore on.

Settia Badelt and her friends were nestled in the corner by the piano, whispering behind painted hands, smiling through red lips, muttering rumors and gossip about the other dancers. Women in black dresses and puffy silver shawls clasped hands with short men in blue suits and whirled around the room.

The light was red, almost like blood, and the music roared through the Badelt house as champagne glasses clinked and laughter bubbled up in the throats of the partygoers until they choked.

George Badelt, Junior, and his friends sat on the big Chesterfield couch by the dining-room window, ankles crossed languidly on the coffeetable. Their arms were crossed and their cigars were reeking with slow green smoke. They had dark eyes and the friends watched Settia surreptitiously as George watched Settia’s friends.

Love me, love me,

Say that you love me,

Leave me, leave me

Say that you need me

I don’t care about anything but you…

“Lovely night for a party, Settia!”

“I know!” Settia screamed back, over the noise. “Have the wine! It’s divine!”

Nasty-sounding giggles rose from the girls as they flipped little glances toward George’s friends and moved to the refreshment table.

Settia’s mother was dressed in a low-hanging gaudy orange dress and was drinking her fourth Domaine wineglass, linked in the arms of a much younger man. Settia’s father, a hooked man with iron hair, sat in his office upstairs with his glasses off, marking through names on a ledger, cutting incomes and prices and raising taxes and expected revenue. Settia’s aunt was kissing the uncle and slow dancing on the porch as the heavy jazz slid from the cracks in the house and fell down the hill and into the quiet valley below.

The party was rich, overflowing, sickening.

Below, in the valley, the trees whistled in the cool wind, bent under the white stars. The hundred little brown houses sat quietly, their occupants sitting on the swept porches, listening to the music from on the hill.

The house closest to the hill was Big Sam’s house; he sat on his rocking-chair with his daughter on his lap as she braided his sideburns. His dark skin was weathered and his hands were scarred. His broad shoulders were still as he rocked back and forth, back and forth, watching the house up above.

So I cry and I beg for you to

Love me, love me

Latecomers were still streaming in from the white-gravel driveway, giggling tipsily and sweeping shawls out of the path of black-shined shoes and stealing kisses. Big Sam watched them quietly, running his tongue around his lips.

His wife, Mary, sat on the porch steps with a white nightgown and monkey-grass stems in her lap. She was braiding the stems, eyes on the mansion, hands moving quickly and nervously over the edges of the monkey-grass.

Big Sam lifted his daughter off his lap and walked down the steps, brushing Mary on the shoulder. She smiled, took her girl’s hand, and followed him.

They walked in the valley, down the single dust-filled street, Big Sam nodding to the people on the porches and holding quick whispered conversations with the adults. Slowly a parade formed, Big Sam at the head, the rest of the people behind him, with backpacks on one shoulder and scabby-kneed kids riding piggyback.

They walked to the auction hall at the end of the valley, where the music could not be heard and the lights barely seen. Big Sam walked to the edge of the auction floor, a raised platform made from unsanded planks. He stood up with his nightcap in his hands and looked out at the dark watching faces and sighed because they knew what he meant. He did not need to say it.

Someone had turned the music up higher, so that the living room-turned-ballroom was bursting with it, the sound waves visible in the air. The partygoers were about half-deaf by now, and Settia had made her first romantic conquest in the corner of the kitchen, beside the stove.

George Badelt, Senior, descended the steps from his study above, grumbling about the music’s volume as he rubbed his neck. His fingers were aching from hours of marking and scribbling figures and sketching out new building plans. He was planning to add a bank, where every tenant would be required to place money and membership, and pay dues, which of course would all go to him. This would prompt an enormous increase in surplus: For accounts would not be optional.

Emily Badelt came running, out of breath and looking oddly disheveled. Her plump fingers looked stained with wine and sticky with ice cream.

“Hello dear,” she gasped. “Upstairs all this time?”

George Senior nodded, head aching, and said, “Been working through the ledger. The new plans for the bank still need blueprints—I’ll talk to Marks tomorrow and see about that dam’ worthless architect. Then I just have to shove over a coupla those shacks and then we can start the foundation—”

But Emily was not listening. The black-haired bachelor from across the valley had just entered the front door, and she was waggling her fingers at him gleefully.

Big Sam stood there in the half-darkness of the gaps in the roof, his nightcap in hand and his backpack on his right shoulder. Inside were his carpentry tools and his Bible and his day-clothes. And his daughter’s binky.

Above them at the hill, the music was still bursting, keening—

Lately I have desperately pondered,

Spent my nights awake and I wonder

What I could have done in another way

To make you stay

Reason will not lead to solution

I will end up lost in confusion

I don’t care if you really care

As long as you stay…

The other people, hungry and lean and tired from a hard day’s work, and sick of watching the Badelt’s flourish of a party, gripped knapsacks and backpacks, and in some cases battered pink-and-green suitcases. Inside were carpentry and farm tools, and as many blacksmith’s tools as was possible to carry. Inside were patched, clean day-clothes, overalls and starched shirts and the skirts the women wore on Sunday. Inside were scribbled-on, torn Bibles with a hundred little book marks sticking out.

Big Sam watched their faces, and they looked at him with trusting eyes: An unelected leader. A leader nonetheless. Mary mouthed, “Go on,” to him.

He bent and picked up his daughter from the sandy floor beneath the auction block. Then he turned, nodding, and walked out of the auction hall. The people followed him, their backs to Badelt House, and walked away down the valley, never to return, as the wind blew softly and the music faded in the distance.

:) Good job again, Zilla!!! I like all the details and the plot carries very well; an interesting take on the prompt of solidarity.

Thank you! I was really going back and forth between the solidarity and the community prompt. But their general agreement to just leave, no speeches needed, was that deciding point.

Yes, I can see how it would be!

Great job! The details really do it for me -- I feel like I'm in the story. Amazing job, very captivating! 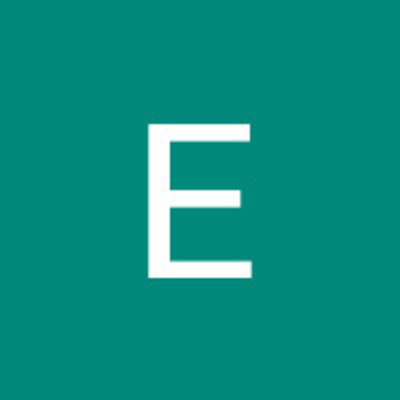 This is brilliant. The imagery of the extravagant party is amazing and you can really visualise it. I loved the song lyrics throughout the story which really pulled it all together :-) 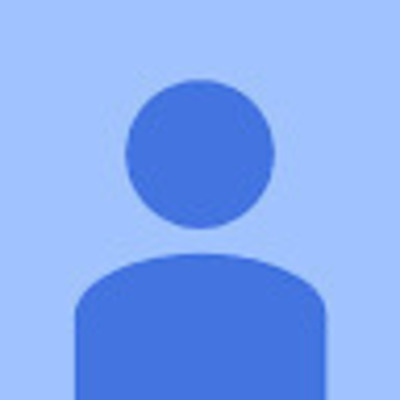 Very moving. I particularly liked the depiction of a true leader in contrast to the exploitative landowner. A dignified revolution!

Thank you! Yes, I'll gladly read one of yours.

Wow! Lovely story, I like the unique premise, and the details and descriptions are awesome.

Love the details. The song lyrics really helped bring everything together. I got a sense of an old slave plantation or something like that, although the song made me not quite sure if it was set in the past or not. If it was that then it's extra sad because they would be walking away towards destitution probably. "A hooked man with iron hair " Great synechdoce!! "Settia had made her first romantic conquest in the corner of the kitchen, beside the stove." Love the way it being beside the stove and in the kitchen makes it completely unroma...

Thank you so much! This is set in the Roaring Twenties or later, and the lyrics are from Lovefool by Haley Reinhart, which I listened to while writing. So technically it's set in the past, but not during slavery.

Thanks, I just meant it had an atmosphere of an old plantation, probably because I just watched the Patriot again :) And yes I recognised Love Fool, the original Cardigans song was around in my student days.

Great story! One thing I didn't get is when Big Sam had sighed because 'they new what he meant, he did not need to say it,' I didn't get was he was trying to say. And I didn't really get the part about him picking up his daughter from the Badelt house? Was his daughter there? Sorry if the message was clear and I missed it! :/ If it isn't too much trouble, could you please leave me advice on my latest story, "White Beliefs, Lost Soul," and give me your feedback, and also a title idea if you have any. Have a great rest of the day! :)

Thanks! He was going to say, Let's get out, or something like that. And if it said he picked his daughter up from Badelt, that's my bad. He picked her up from the ground below the auction stage thingy. I'll certainly read your story! Might take me a day :)

That was good! It had somewhat the atmosphere of the movie Sabrina from the the '50s. I did wonder, though, about what exactly the people from the shacks were doing. Were they just leaving because they would lose their homes anyway? Or were they about to go to some authority and try to keep their homes? But either way, this was very well-written. Great job, and keep writing!

Thank you! They were just leaving-- sick of the grasping, greedy Badelt family. I guess I could put in a line... never to return... and that would clarify.

You're welcome! And yeah, that would definitely clarify. Keep writing!

This is perfect. :) Thank you for writing it, and have a wonderful Monday, Ruth 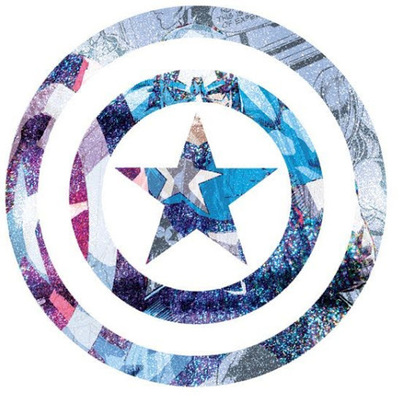 Wow! The details in the story are so vivid and beautiful! Great job!

Your description and detail are amazing, Zilla! Keep writing. ~noor a.

pls can we talk