There is a story about a woman on the train. She has black hair tied up with a purple-checkered ribbon, pulled into a neat bow. She is bundled up in a purple jacket with a fluffy white scarf, and she dons a small backpack. Her walnut-shaped eyes, shiny and tired like molasses being poured slowly, are fixated on the dim phone in her hands, fingers stretching occasionally in order to breathe some warmth back into them. The lighting of the crowded subway car shines down against her face as she leans against the doors, and her exposed skin turns into the color of butter. She is minding her own business when a woman, almost double her age, starts eying her up and down. Her cheeks, buffed by botox, are splotched with red as the dry lips from her thin mouth curl inward and form a mean scowl. She pulls her blonde hair into a ponytail as she opens up her bag and fishes out a short, cheap-looking umbrella. A string of racial slurs leaves her mouth as she takes the umbrella and, out of absolutely nowhere, swings at the woman. She takes her phone out and dials 911 when the younger woman defends herself and the other passersby try to stop her violent jabs. Before the call goes through and her voice becomes high-pitched, dripping with honey yet laced with daggers, she scoffs and says, “Fucking chink.”

I see the headlines and I frown. I am scared of what this means for me. For my friends, for my family, for my coworkers, and for all the people like me, for all the people who look like me. When I think of the way things haven’t changed after years and years of people being made into examples and examples becoming people, I wonder if we will ever wake up. Until then, I doubt any serious change will ever be made.

There is a story of a fifth grade girl. She is Chinese-American and even though she is a child, she often wonders what it means to look the way she does in the city that she lives in. One day during lunch, she feels (though not for the first time) as though a giant wave takes over her, consumes her, and fills her body with dark, salty water when her bestest friend in the whole wide world brings her to a group of older kids and tells them, “See, I told you I had a Jap friend! This is her! She likes that weird anime and those videogames and everything!”

Tonight, I decide to watch the news. The video clip they play makes me feel sick. I cannot turn my eyes away. My teeth bite the nails of my fingers and I know that the slight pain I feel is nothing compared to what he has felt. I feel hopeless. I wonder how, after so many of the people who look like me have been treated in such inhumane ways throughout this world’s history, we can remain so obsoletely uninvolved. After years of violence and interference and discrimination, how have we not learned our lesson? Why do we view ourselves as a successful group of people when we ignore the sufferings of those around us? When the world seemed to have its backs turned against us, we built ourselves back up with the help of those who we refuse to look in the eyes now.

There is a story of a young man. He is tall, lanky, and outgoing. He has a habit of pushing his glasses up whenever he gets nervous, because his nose scrunches up ever-so-slightly and his face becomes sweaty, causing the tools that help him see slip down bit by bit. He tries to sound easy-going but eager when he casually asks the woman he’s interested in if she wants to go out on a date. When she says yes, he is ecstatic and offers to pick her up in his car and take her to a nice restaurant later that week. She grins, mouth forming into a tilted crescent moon. The pearly whites of her teeth peek out of her pink lips when she says, “But hey, you do know how to drive, right?” In confusion, he nods. She laughs lightly and says, “My cousin once told me not to trust an Asian who says they can drive. Let me take you!” Needless to say, a slender finger reaches up and pushes the clear lenses up.

Even though I am scared of confrontation, I find the courage to leave my house. I am terrified but my feet calmly take one step and then the next, allowing me to blend in with the crowds who are walking with their heads held high to their only destination– Change. People come and go and they lose their individuality as they become one. We march onwards. Through streets and roads, we trek over mountains and swim along rivers. We have no plans on stopping until we arrive.

There is a story of a waitress, just out of college. She works at a sushi restaurant. A white man, who claims to be a “man of the world,” visits the restaurant with his family for dinner. As she goes over to take their orders, he stares at her intently before interrupting and asking her if she’s from Thailand. She hesitantly responds yes, but that she has lived in the United States for as long as she can remember. “I’m very sorry for what’s going on in your home country,” he says, bringing his palms together and bowing his head. “Sawadee krap,” he mutters, sounding almost ominous. When he raises his head and winks at her, she does not know how to respond.

I look over my shoulder at some point. Although we are tired and our voices are hoarse, we press onwards. People join us as others leave. A few of those that leave return stronger the next day. I am happy to see faces I recognize, and even happier to see ones that I don’t. Along our pilgrimage, there are obstacles that block our way. They say hurtful things at us. The scratches on our armor prove their strength. But we are not going to give up so quickly.

The story of the model minority is a series of stereotypes aimed at creating wedges between communities that have all experienced similar kinds of violence that are represented by these stories. The actors and the time may change, but the plot remains the same. The obstacles on our journey continue to say hurtful things that attempt to create more wedges. They want us to become weaker. They single groups of us out, and they desperately try to find examples they think will prove their point. We are done playing their game, though. Although we are all inherently fragile, we are slowly but surely realizing that the best way to overcome our frailties is not to harm others but to band together. The flags we raise are the black skies our vulnerabilities illuminate like stars. We learn how to overcome our own limitations. The colors we are all assigned to at birth bleed into one another. We escape out of our boxes and tumble onto the floor. We take the central stage. Standing and holding hands together, our individual colors tumble and mix and flow and drip into one solid shade. Although we may not all look the same, we all are born in the same manner and we all must exit it when our time has come, regardless of how unjust or improper we may deem it. Yet we force ourselves into these categories and make distinctions that divide us into “like” and “different.” This is a story that we need to hear. This is a story we need to tell because too often we are all talk and no action. We must reflect on ourselves and realize that we are only entitled to things because there are others who are not. I hope that you will reflect long and hard, so that afterward, you may lift your head, open your eyes fully, and prepare to join us on our march. 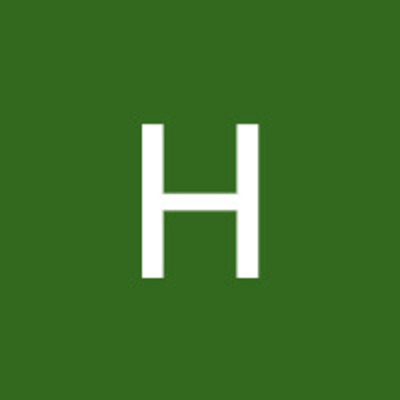 I was so confused at first and instantly became critical, but when I realized your formatting's goal I was hit by how creative it was! I loved all the stories and good language, great job! :)

Thank you very much! I will admit I felt very apprehensive to post a story about the Asian-American experience when the Black experience is much more important for us as a global community to open our eyes to, so it's a big relief to me that you didn't end my story thinking I was making light of or pushing my own experiences to the front! I'm glad you enjoyed!

Of course!! And I don't think any community's experiences are more important, everyone's struggles are valid, but I understand your nervousness as the black lives matter movement is at the forefront at the moment. I believe all minorities should support each other, and sharing your stories I sure raised awareness as well :))

Amazing story. You narrated the story really well. Loved the topic of your story. Hope you read my story too and share your opinions on it.