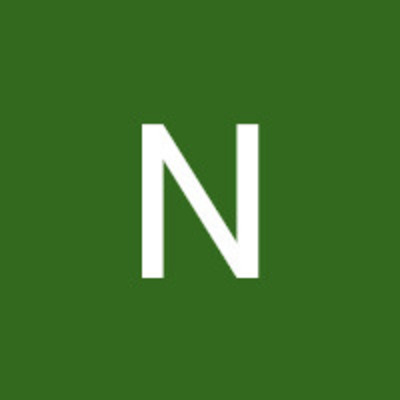 Their eyes met across the room. The air between them was heavy with unspoken words. Emma had never been a fan of goodbyes but she knew she had to face this one. The suitcases were packed and gathered in the room. The letter from Yale felt heavier in her bag. There was no turning back now.

These two simple words were not so simple to these girls but held a deeper meaning. It will be these words that they both will keep replaying in their head for endless nights to come. The words that changed their relationship forever.

They started to walk towards each other. The time for Emma’s flight was nearing and they needed to say their farewell soon. Both reached out towards each other at the same time and shared a hug that would be etched in their memory forever. The warmth of their hug was masked by a distant feeling that had developed between them. Emma had not even left yet and they were already drifting apart from each other.

They remembered their first hug. Charlotte had returned home after a date with her boyfriend of two years, Brandon. He had broken up with her on that date. On the way coming home, Charlotte had checked her Instagram only to find out that Brandon had been cheating on her since the past two months. When she came home, Emma found her as a sobbing mess. Her mascara was smudged and tears were streaming down her face. One look at her and Emma rushed forward to support her friend. That night, Emma hugged Charlotte for the first time. Unknowingly Brandon had been the force that created a strong bond of friendship between Emma and Charlotte.

They pulled apart and looked at each other. There was a longing in their gaze and Charlotte wanted to stop her friend but remembered that her career is more important than their friendship and stopped herself while Emma wanted to be stopped by her friend but didn’t dare to take the initiative. In the end, it was not the letter from Yale or their career that resulted in the end of their friendship but rather it was their pride and ego of not willing to take the first step that drifted them apart.

Emma said, “The taxi is waiting downstairs. I need to go. Goodbye.”

Although she had promised to keep in touch, in their hearts they both knew that it was not possible. They would talk for hours tomorrow about Emma’s journey and the next day and the day after. But everyday their conversations would get shorter and shorter until one day when they won’t talk at all. Their talks could stop due to the time difference between their countries or their busy lives or making new friend groups would drive old friendships out of their minds. But due to some reason or other they would not be able to talk that day. And then the time period between their talks would keep on increasing and the distance between them would keep on growing until they would become mere acquaintances wishing each other on birthdays and Christmas and New Year’s. Their conversations will be formal and consist of polite greetings. Any trace of an old friendship would be lost.

The time for Emma’s final departure was approaching. Tears were brimming at the edge of Charlotte’s eyes but she blinked them back. They seemed to have an unspoken agreement to not cry in front of each other. But both knew otherwise when they heard the other’s muffled cries coming from her bedroom late at night when sleep seemed too far away and the thought of finally leaving each other after five blissful years of intimate friendship was too haunting.

The next few days after Emma’s departure will be extremely difficult for both of them. Memories of them spending time together would resurface in their mind. Charlotte would remember it when she passes their favourite coffee shop which held hours of memories of them studying and making notes for the SATs, or gushing over about some cute guy that they had met that day, or gossiping about the mean girls at school. At times as such Charlotte would stand in front of the shop trying to relive all these moments and tears would well up in her eyes. Emma would remember these memories when she would be unpacking in her new dorm room and would come across the scarf that Charlotte had gifted her for Christmas.

But when they call each other on that same day, they would conveniently forget to mention the heartbreak that they had experienced and the resurfaced memories, and would pretend like nothing has changed and everything is the same as before. They would suspect the other of hiding some secret and not being their old self but wouldn’t dare to say anything because they know the truth and the truth is terrifying. They know the loneliness the other feels and they know that their friendship is never going to be the same as before. So instead of facing the problem they ignore it and move past it like an invisible obstacle in the road: never to be spoken of again.

Someday, maybe after a year or two, they will pass through that same coffee shop or come across that beautiful scarf and not feel any remorse. Charlotte will visit that shop without feeling the grief or loneliness and Emma will wear that scarf and old memories will not come flooding back. But it would not be a happy feeling. It would be an empty feeling. They both had occupied a place in each other’s hearts which was filled by many different emotions throughout the years. When Emma left, this space was filled by sadness, grief, anger and finally loneliness. But beneath all the hatred, love was still alive between them. It was what had kept them bound to one another for all these years. But as the distance between increased, their love will keep on decreasing until there was nothing left.

This is what they had both thought over lying in bed on those endless nights when they couldn’t sleep. They would think that like all other relationships, theirs too won’t survive the test of time and distance. What they didn’t know was that their relationship was nothing like others. They had survived many ups and downs before and they would get past this obstacle too. Theirs wasn’t any ordinary friendship, rather it was a raw essence of innocent love, a love without any expectations, a love that is true and genuine. It was this love that held them together even in the darkest of times. It was this love that encouraged them to reach out and preserve their friendship.

Two years later Charlotte was given an internship offer in the States. When she accepted it she did not have the faintest clue that it was this opportunity that would bring her best friend back. She did not expect to leave her office on a rainy day without an umbrella only to find her old friend across the street. Their eyes met once again and they remembered a moment seven years ago when it was Emma standing in the shade of a shop on a rainy day without an umbrella and Charlotte had seen her from across the street and came to her rescue. This was how they had met for the first time.

They both seemed to have remembered this moment and shared a silent smile that had more meaning than any words ever could. On this day, two old friends would talk for hours and hours about anything and everything that had happened in their lives. They would reconnect with each other and it would feel as though nothing between them had changed. They would realize that distance couldn’t break their friendship because their love for each other was stronger than any force in the universe. They were meant to be together. They were soul mates and would forever be soul mates.

This is so sweet!! I just have a few comments I think could make it even better. 1st(this is more specific to this story but it just poked at me)- your usage of "they"works most of the time, but with things like remembering, that sort of thing is usually individual, so maybe introducing a split perspective there would be more effective 2nd- with the Instagram thing, usually you wouldn't find out instantly like that(I don't think) so maybe you could have made it a little more dramatic. Cheating is such a painful thing, stating it so casual...

Thank you so much for your suggestions! I will make sure to keep them in mind while writing further stories. They are just friends but the kind that love and understand each other more than lovers so.

Coolio! I'm glad I didn't come off as rude or anything ^-^'. And ahh ok nice, those are the best kind of friendships :)

The bonds of friendship are unbroken and your story is tightly done! ;) Thanks for following me, looking forward to your stories in the future.