The cock of the gun. His eyes begging for mercy. My screams. The two shots fired.

In less than sixty seconds, my life was turned upside down.

In less than sixty seconds, another life was ended.

In less than sixty seconds, another black life was ended.

My brother and I were closer than you could ever imagine. We laughed, cried and argued together but when the day came to an end, we always had each other. We were so close, that it felt like we were related by blood, even though that was not the case.

When my parents first brought him home, I was jealous; I didn’t want to share them with anyone else. But when I snuck a peek at him - swaddled in blankets, nothing but a pair of huge, caramel eyes - I was instantly mesmerised. From then on I became his protector, his second mother of sorts. I taught him the alphabet, tracing the letters into the dirt-patch at the bottom of our garden. I showed him how to sit silently and watch the butterflies play in the breeze.

We were pretty much inseparable; wherever we went, I would take his hand in mine and hold him close. Mum would dress us up in matching outfits from time to time, prompting smiles and laughter from passers-by. What I did not realise back then, was that after they had smiled at our matching outfits, they would whisper to themselves about a black child with a white family. They would pass us by grinning, and then raise their eyebrows and suck their teeth, turning around to watch us walk off into distance. Looking back, that was nothing compared to would happen in the future.

I was in the fourth grade when my brother joined our local elementary school in the first grade. I was so excited to walk him into school, hand in hand, in our matching tops. As we walked through the ground, heads turned in our direction and stared. Not in admiration. Eyes filled with almost disgust in parents, teachers and children alike. This had never happened before when I had walked into school on my own. That was the first time that I felt like my little brother was different to everyone else. I didn’t know why, but I sensed that for some reason, he just was not like everyone else.  That feeling of not belonging slowly grew stronger over time.

I tried my hardest to shield him from the hate that was thrown towards him, but some nights I would hear him sniffling into his duvet, clutching his toy rabbit to his eyes. My parents were always incredibly strong and supportive. When my brother came back from school crying nearly every day, my mother would wipe away his tears and hug him close to her chest. She would sneak him one of his favourite chocolate chip cookies before dinner, and playfully warn him not to tell me. My father would pull him up on his lap and read him a story book in front of a great, roaring fire.

Once after school, I was impatiently waiting for him by the oak tree, desperate to get home to watch the latest episode of SpongeBob. Fifteen minutes passed and I nervously fidgeted with my hands, scanning the school grounds every few seconds. When it became clear that he wasn’t coming, I sprinted into school and into his homeroom. Empty. I was hysterical. Just as I was about to go to the school office, I found him curled up under a bench in the playground. The wind tickled the curls on his head and his tears rolled into the grass beneath him. He didn’t want to hold my hand. When we arrived home, he wouldn’t let my mother hug him and wipe away his tears. He pushed away his cookie and glass of milk. He did, however, sit on my father’s lap, but he shook his head when the story started to be read.

He took a few deep breaths in and dug his fingers into the palms of his hands.

My father sighed and folded his arms together.

“Son, being black is not a bad thing. It is something that you should be proud of. And whoever’s made you feel this way should be ashamed of themselves.”

My brother still looked plagued by his thoughts, as he rocked backwards and forwards on his tiptoes. My father put down the book and headed into the kitchen. We listened to the sound of the fridge opening and then shutting again. He gracefully strode back into the living room and presented us with an egg in each hand, one brown and one white.

“Do you see these two eggs?” he softly stated. “One’s brown and the other’s white. They’re two different colours. But when you do this –”

He dropped the eggs on the floor. I was stunned: my father hated mess of any kind. My brother looked horrified.

“Now what do you see? Are they any different?” he questioned.

My brother stared at the eggs splatted on the ground.

My father nodded and softly smiled.

“Exactly – they’re both the same! Just like all of us. On the outside, we might all be different colours, but really we’re all the same. We are equal. Every single one of us. There are people in this world who seem to forget that, but as long as you love you for yourself, you don’t need to listen to what those people say.”

The years passed by and the bullying got worse. My brother struggled but he always remembered the words of our father.

March 14th. He was eighteen. We were both in the car, singing along to the radio. He gripped the package tightly in his hands. Lights flashed from behind us and I pulled over. The officer asked for my license. He was white and he stared at my brother in distaste. I felt my brother stiffening under his gaze. The officer hesitantly strode back to his car to check my number plate. He then shouted at my brother to step out of the car.  As my brother climbed out, the package dropped onto the road. He reached down to pick it up but he didn’t stand up again.

The cock of the gun. His eyes begging for mercy. My screams. The two shots fired.

In less than sixty seconds, my life was turned upside down.

In less than sixty seconds, another life was ended.

In less than sixty seconds, another black life was ended. 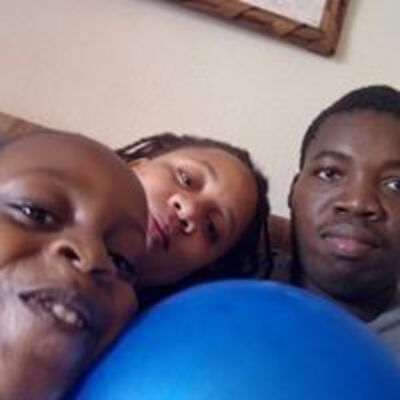 I was captivated by this story. I actually got a little emotional while I read it. You did an awesome job. Keep it up.

Thank you! I hope it didn't upset you too much!

I wasn't upset just sad because it's reality.

This was so wonderfully written, such a sad story but one we need to hear. I can’t wait to read your next submission.

Thank you so much for reading it!

You are welcome Anushka. Would love your take on mine too if you have time. Thank you!

Dude! I like the way you displayed each and every scene I such detail, but gotta admit It was a lil emotional, but Awesome!!

Ah thank you so much!