FROM HEAVEN TO HELL!

What an amazing time! He said it over and over again in his mind. He was a mass of glowing emotions. His mild sunburn reminded him of the days on end, paddling in the seemingly endless waters. Open skies, forests, good fishing, and the endless paddling. It was in fact almost a paradise, if you could find a remedy for the biting flies and his early blistered hands it would have been perfect.

Each day was similar and he was sure that was because it would be impossible to improve on any of them. It took him a few days to get an efficient routine established so he had as much time as he wished for exploring. He loved to look for a camping spot with a bluff or sizable hill nearby so he could climb up to see more of his immediate world. His small digital camera was loaded with images he could not wait to review and relive those moments.

Wake before dawn, poke at the embers of last night’s fire, get water boiling, take down his camp and pack the canoe. Then he would sit and watch the sky turn from dark to mauve to pink while he ate his meager breakfast. Then it would be map time and GPS time, verify his location, log in his journal yesterday’s detail, miles paddled and observations, fishing for food, swimming for cleanliness, it was not always easy but it was glorious!

Still this far north, the radio stations came on loud, full of static and then faded, he could find nothing of interest so he was listening to his favorite compilation of 70’s music and between thoughts he would sing along. He was proof positive that many folks mumbled along with the song, half humming and guessing at the words and then belting out the chorus. It helped the miles pass, to let his emotions out bit by bit. When you have had two weeks of solitude it is with very mixed emotions that you return home.

As he made his way back down state, the traffic was picking up but he knew it would not be a problem until he got closer to home. Even the light traffic felt a bit invasive to him, again having to watch for stupid or daring tactics from other drivers, watching the fuel gage and wondering how often he should stop as sometimes it was miles between fuel stations.

Around mid state, he stopped into a fast food place, popped in the side door, used the facilities and then through the drive through for a quick meal. He was not in any hurry to end this trip but he also knew about timing his return to miss commuters going home from work, tired and disgruntled from a day at work, some taking out their aggression on fellow drivers, horns and gestures, it was life on the interstate at rush hour.

As he was getting closer, maybe just an hour away from home, he tried the radio again, it was set to his favorite music stations but he occasionally got a bit of a fast talking person reporting on some kind of disturbance. He would try again in half an hour, he didn’t need someone overdramatizing some event to snag listeners.

He is surprised by the numbers of cars going northbound. The virus thing was still in effect or maybe that had resolved itself in the two weeks he had been away. Well he smiled, traffic was light going south and that pleased him.

Stopping once again for fuel, he goes in to pay as he needs a large cold drink to finish off the trip, hmmmm? Maybe a candy bar too or something salty. Near the counter, in the regular rack, newspaper headlines read….RIOTS? OR. PEACEFUL DEMONSTRATIONS?.  He wonders, what’s up now? Someone always has a gripe with life and the self-isolation sure put folks on edge.

Back on the highway, as he gets nearer the Cities, groups of police cars speed past him, sometimes state patrol cars other times, groups of two or three from outlying community police. Why can’t folks just remember to go to some quiet natural place and absorb the beautiful world in which we live instead of anger and acting out? Of course he knows, if the answer were that easy, everyone would do it and then the quiet peaceful place would become chaotic too.

When he gets to Forest Lake, things take on a whole new look. Traffic north is very heavy and traffic south is slow and halted at times. There are traffic checkpoints, some cars are waved into lanes to the right or left and other cars are flagged to go through as normal. It takes me a few minutes to see, they are interviewing persons driving out of state cars. That seems creepy or strange but since he was waved ahead he just takes pleasure in knowing his trip is almost over.

Into the city proper now he is passed often by emergency vehicles, fire vehicles and ambulances . There is smoke in the distance, roadblocks directing you around or away from the downtown area. What the heck is going on? Then you remember the headline...RIOTS?....OR PEACEFUL DEMONSTRATIONS?...you never imagined it was in your city. As the traffic worms it’s way around the central city there are glimpses of crowds, masses of people, what about the virus? Is this about the lockdown? Folks finally going stir crazy?

He is happy now he made the last gas stop as this route is longer and certainly less direct that just shooting through the city center and then to home. He is getting tired of the continuous horn blowing, everyone is annoyed, angry and verbal.

Up ahead the lanes go from four to two as a fender bender has folks out of cars yelling at one another. Good God he will be glad to be home. Finally off the interstate and into the neighborhoods it isn’t much better. Folks everywhere and the first notice of broken glass, fires and graffiti everywhere! What in the hell is going on?

Finally his block, his home, his neighbors standing outside. He opens his garage but must remove his canoe before he can park his car in a safe place.

His neighbor waves him over…..”Be smart, put everything of value away! They haven’t been this far out yet, but last night they were only four blocks away!” “Take care, see you soon, trying to get my crap under cover too, if they want it, they take it, if they don’t want it they trash it!”

I stand in shock….what has happened in the two weeks I have been gone? Hurrying now I take the warning seriously, stowing my gear, getting perishable cooler and wet stuff into the house. I double lock my door and turn on the TV.

Peace and justice for all? I am filled with fear and disgust! 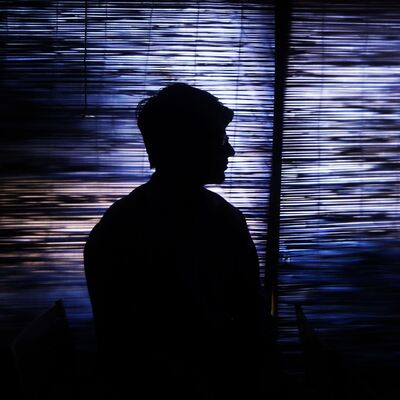 Either I am too bad at critiquing others or you story is perfect. It was nice reading it. I would be grateful if you read my story and point my mistakes out. Thanks.

Muhammad, thank you for your time and kind words. Much appreciated!

Great concept PJean! Funny, my bf has been saying this since the pandemic first started: what would happen if someone came back from a trip and found the world had changed? And here you've presented that! The only thing I wish is that the twist was presented closer to the middle, so you could take more time to process, and try to compare to the peaceful world from before. And throw in the mixed hope or fear about getting back to that. And maybe end with looking out the window, seeing smoke rising from the direction of downtown, and closing t...

I feel I have been trying too hard here in this group. Trying to write a story for each prompt. Perhaps one well written story would be better use of my time...or perhaps you should have written it. Thank you for the time to like and comment...these things fuel my fire!