The Lad With the High Quality Cap

Submitted for Contest #44 in response to: Write a story that starts by establishing its setting in a different time period — without explicitly stating what that period is.... view prompt

I have memories, just like any other normal person. Memories of love and loss, hope and peace, hate and destruction. My mother died of cancer when I was three. I remember the day she died. I laid my head on hers, I handled her face sweetly as I asked my father why she didn't wake up. I remember the time my father remarried, I was seven. I stood stiff in a little white dress as my father stared teary-eyed at my new mother.

Memories are a relative thing, sometimes I remember the minute something happened, and other times I only remember small details. This story is one of those times. I was just a kid. I could tell you the color of my dress, but not the year or exactly how old I was.

It was spring. Green and glorious spring! Little pink, white, and yellow flowers dotted the luscious grass that frequented the ground as a carpet. The sky was a pale but delicious blue, and the clouds were marshmallows that if I reached out just far enough I could gobble down my greedy throat. There was a tickling breeze that seemed to want to play tag with the ends of my dress, and I let it, at first.

"Malika, don't let the wind pull on your skirts. You are a young woman." My father had said as he looked judgingly down upon me. he was already balding then, probably because he pulled out his hair on account of my foolish and unladylike actions.

"Yes, Father." I submissively looked at floor, arms at my side, holding down my dress.

We had been standing in the park, waiting our turn to buy some popcorn. The venders recently had put out a sale, and since that is what my father lived off of, sales and bargains, he naturally suggested a fun day off of school. Which also naturally meant standing meekly next to a playground full of children, watching them banter about as free as a bird, while I had to watch myself because I was already a young woman, at the age of six. Just a tad bit unfair you are thinking. I whole heartedly agree.

I stole a look again at a little boy, just my age. He was leaning over, picking up a stuffed animal he had dropped. With only thoughts of kindness, I ran over and picked it up for him and gave it to him. He smiled, and I smiled back. Just as he asked me my name I remembered myself and my place, and ran back to my father. The boy was also called to his mother's side. I didn't think of him for many years.

Nine years later I had less of an imagination, a dab more of pleasing looks, and more than my fair share of living up to my father and stepmother's expectations. Don't get me wrong, I loved them-and still do love them-with my entire heart and mind. I deserved their judgment, for I was as rebellious as a sweet young lady would be. I wasn't into sneaking out of the property, but instead to sneaking outdoors to plan out my dreams at the pond or to fantasize a future romance while sitting in a golden grassy field. I preferred looking to the future instead of history, and hoping instead of speaking French.

Also nine years later I also met a boy that would later become my best friend and later than that, my husband. Of course I had no such thought when he dropped a bucket of chicken dung over my head in a market on a cloudy Saturday morning. My mind was already plagued by depressing thoughts, probably brought on by the equally depressing weather. But when a handsome young lad, my same age and height, tripped over an up turned rock in the middle of a cobblestone road, and catapulted a wooden bucket of fertilizer, also known as chicken dung, on top of my carefully placed hair, I instead only had thoughts of rage, not even an inkling of romance.

"Young man, what in Heaven's name do you think you are doing? It took me an hour to get ready this morning, and I had plans for this afternoon. Now I have to change as well as try to expel this horrific scent!" I rambled on and on. It wasn't uncalled for, just too long for the small-brained boy's attention span.

"Miss, I am sorry. I wasn't paying attention." He did look sorry, but how could I notice through the refuse pooling on my red anger-enflamed skin?

"That is apparent. Now go away before you ruin my complexion more so!" I huffed and started my walk back home.

"I'm sure a father of such a beautiful maiden will be quite mad! At least let me escort you to your home and explain the accidence of the entire situation." He looked at the floor, embarrassed I'm sure.

I was humbled by his compliments and I suddenly had a change of mind. Why wouldn't I want to be seen with such a good-looking lad on a Saturday morning. Why, some might even conclude we were courting!

"Of course I might allow you to walk me home. My father might think it suitable." I tried to put on an indifferent air, but failed miserably due to my blushing cheeks and sparkling eyes.

"Thank you madam." He looked up at me and followed me in the northern direction of my home.

My father wasn't a rich man by any means. He was in fact quite moderate in every way. He married into a poorer family. My stepmother had been a beggar, but he kindly fell in love with her and sweetly married her. She was perfect in temperate and she is my mother emotionally, legally, and mentally. I wouldn't ask for any other.

This boy that walked along side me was most definitely in the upper class. His shirt and trousers identified him as such. He had a high-quality cap and was clean and organized. I had already fell in love with him, from his apparent money and status, to his kind and flattering nature. But how could he fall in love with a young lass covered in feces? He wouldn't at least not now. I knew in the future I would have to pull a flirtatious joke every now and then to win him over, I would have to wear my best dresses and skirts and wear my hair nicer. All things that could be accomplished promptly.

As we entered my driveway he looked at me again. I smiled back. The rocks crunched under my feet and the heat of the sun warmed my back. The dung had started crusting and drying, and it made me warmer and warmer. Oh, how I must of looked and smelled! All while falling love with a nobleman. Before I entered my home I stopped.

"What is your name kind boy?" I asked.

"My name is Levi. Whats yours?"

"Malika. Want to meet me at Market tomorrow afternoon? Lets say three o'clock at the popcorn vendors? I heard they have another sale." I said the last part under my breath.

"Sure, why not? Also, sales don't matter to me. I could buy you many things. But, lets be friends. I seem to like you, Malika." For the first time he chuckled and whistled as he walked away.

As I entered the home my stepmother shrieked and my father yelled. But I was in a romantic bliss, full of pictures of Levi, the rich boy in the high quality cap that I had met in the park as he picked up his stuffed toy nine years earlier. 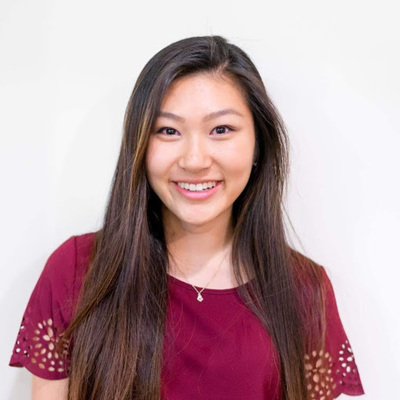 This is such a sweet, dreamy story! Love the descriptions you used and the sense of longing and romance that we get from the main character. Nice job on the characterizations, although it did feel a little rushed. Maybe showing more dialogue could help us get a better understanding of the personalities and their backstory? Overall, you did a great job!

Thank you! Yes, I did write a bit fast and I wholeheartedly agree, I should slow it down and add more dialogue! I will try to find time to sit down and re-edit, lol! Thanks so much, Annie!

A very well-written story. That was a nice twist at the end too. I like the name of the girl’ Malika’ . Mallika is a very popular name in India.

Thank you Roshna! I like the name Malika as well. :)