In wake of man's anger 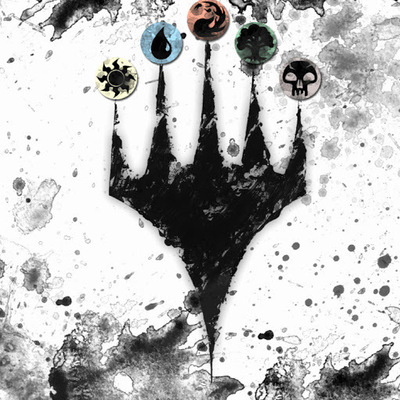 None of us are sure when they first arrived. None of us were ever aware they were there to begin with. When the first attack came, we were caught by complete surprise and suffered severe casualties. I was the only one, along with my youngest sister, in my village who survived the first onslaught.

I walked from the remnants of my home, carrying my sister. Buildings burned to nothing but charred rubble in the background. Black smoke billowed up into the evening air as we made our way through the forest to who knew where. The only home we had ever known and it had been destroyed by those...creatures...those bipedal monsters with their weapons of fire....they looked like us elves...but...they were unmistakably some other creature….

They came from nowhere. The morning had begun like every morning did in the forest of Greenwood. Farmers went out to water their crops. The hunters ventured out to catch food for that days’ supper. My youngest sister, who’s name was Valynore, was playing with the doll I had sewn for her for her second birthday not three days ago. How something so horrible could have happened here...It was unthinkable.

It was barely midday before they came. When they arrived, they attacked with force and with fire. In their hands, they held weapons which fell many of those who dared defy them with blasts of fire and smoke. Booms echoed in the air, accompanied by screams of pain and terror. The town guard was no match for their sheer power and might. I hid below the floorboards of my house with Valynore tucked in my arms as my parents did their best to barricade the door. The screams of pure horror filled my ears and I wished desperately for them to stop.

After several minutes, I thought it had until a loud crash could be heard above as the door was splintered off its hinges by a tremendous force. Large, heavy footsteps filled the room as my mother screamed. two loud blasts sounded through the air as my parents hit the floor, killed by the invaders. I stifled an outcry and held Valynore close, trying to keep her calm so we were not heard.

The footsteps retreated, leaving us all alone underneath the floorboards of our house. Silence filled the air as the screams slowly died away. After what seemed like eternity, I set Valynore gently on the dirt floor and went to open the hatch. The hinges of the old trapdoor let out a soft squeak as it was pushed open.

On the floor, shoved against one wall, was my mother and father. The air smelled of smoke and burning flesh. I fell to my knees in front of my parents and cried. My parents were gone...the two people in this world I needed the most were gone...killed by monsters who knew no better…

After several minutes, I wiped my tear filled eyes and sniffed. I stood and went to the door to make sure no one was still around. Countless bodies littered the streets. The homes of everyone I had ever known were burning, the smell of death hanging in the air. After heading back inside to retrieve Valynore, I put her in her bed, telling her to stay put. I sighed softly, barely able to look at my parents as I prepared them for their burial.

It was nearly evening when I was done. The fields that once housed crops of food were now littered with over fifty graves of my friends, neighbors, and family members. I stood above them all and said a prayer to release their spirits into the earth. Tears once again filled my vision as I spoke. With the funeral rites finished, I slowly made my way back to the remains of our house and retrieved Valynore.

We walked from the village that evening. I could barely stand upright, but I had to keep moving. I couldn’t be around this place any longer. Valynore slept on my shoulder, unaware as to what was going on. With a heavy sign and a heavier heart, I made my way through the silent woods, unaware of where we were going to end up.

Sometime during the night, I set Valynore down on a bed of ferns and sank to the ground myself. I couldn’t keep going much longer without passing out from pure exhaustion. After taking a glance to make sure Valynore was sleeping, I fell asleep myself.

My dreams that night were littered with images I had seen previously. the streets of our village littered with bodies….the houses burning to charred embers, leaving nothing left...my parents dying trying to protect us...I woke from the nightmare with tears streaming down my cheeks. Valynore, who had woken, waddled over to me and placed a small hand on my cheek. With a little nod, I picked her up in a hug glad she wasn’t one of the ones I had lost.

We spent the next few weeks traveling through the forest. It seemed to go on forever in all directions. Before the invaders came, my mother  had been teaching me how to survive in the woods. She had taught me what berries to eat, which to avoid. She taught me which plants could cure illnesses and which plants could cause them. At the time, all of it didn’t seem relative...but now that I truly need that information to survive….i'm glad she taught it to me.

It was nearly nightfall on our fourth week out in the wilderness. Our clothes were torn and filthy. I was weary from walking and carrying Valynore. For a girl so small, she sure was a heavy child. She dug around in the makeshift pack I had built and pulled out a small stem of sun berries. She messily ate them and looked at me with a bright smile, the red-orange-ish pulp from the berries smeared across her mouth. I smiled back and stole a berry for myself before bedding down for the night.

After six weeks alone in the forest, we arrived at a small cabin built in the middle of a clearing. Weary of who it might belong to, I set Valynore down behind a bush and gave her a bundle of berries. Slowly, I made my way to the front door and knocked on it, ready to run back into the cover of trees if need be. But that need never arose. As the door opened, a small girl popped her face out to look at us. The door opened wider and at the sight of who it was, I couldn’t think, let-alone run back to the forest

“Gwynn….you..you're here…” I muttered softly at the sight of my eldest sister, who had gone missing years earlier. She didn’t say anything. I don’t think there was anything she could have said. Her eyes teared up as she pulled me into a tight hug. At the sight of my newly found sister, I couldn’t help but do the same.

It has now been several months living with Gwynn and her daughter, willow. Valynore took to her instantly, probably happy to have a friend to play with. I had informed Gwynn of what had happened to our village the day we arrived at her cabin. She was beyond heartbroken, as was I, to hear of their fates. Over the months, we’ve made a good living at the cabin. Despite everything that had happened...I feel things are looking up for us.