Leelaavati was a grandma in her late fifties. A few silver locks had already taken its place on her hairline. Her face and lean body put forward a lady of beauty from the past. Roaming around the house, cleaning everywhere, again and again, doing all the household chores, not expecting any caring words from her son or daughter in law, were her daily routine.

She was standing near the kitchen stove, with a brown cotton saree, draped unruly over her, like a typical Indian grandmother, boiling milk for her grandson who will come straight to kitchen after his school, ready to gulp down a large, full glass of milk. She knows that if he doesn’t see the milk, he’ll get upset.

Rahul came after his school, Leelaavati took off his shoes and socks, fed him milk and snacks.

“It’s ONLY because of this boy’s obstinacy that this old lady is still here in this house.”, Leelavati's son, Ramesh's ‘ONLY', reverberated between the walls of their house.

“You could have given all your wealth and property to your elder son, ALONG with YOU.”, his wife, Prema added.

This was just a regular conversation ever after the partition of all her properties. She had two sons. The elder one left her soon after the partition of all her assets and belongings, claiming more than fifty per cent, deceiving her that it is he who is going to look after her, the rest of her life. She now lives with her younger son, who never forgets to mention this partition story, in all the appropriate and inappropriate situations, showing all his agitation for not getting whole of his share.

Rahul noticed that Ramesh’s leg yerked something to the corner of the room when he stamped showing his distress against his mom. Rahul went to pick it up, while the exceptional couple tormented her with their forked tongue.

Rahul examined the object with utmost care. But the material with which it was made of, wasn’t comprehensible for him. It looked fluffy and fleshy, but was very brittle at the same time, an unseen combination. He wondered it was there all these years or it is new to their house. It had almost the shape of a mango, but its colour resembled more of a pomegranate. Though it gleamed as if it had been polished with transparent nail polish, it looked old. The cracks that have been mended with adhesive tapes and sealed with fake wax gave the impression that it had been severed several times badly. Rahul got attracted to that strange object instantly, that he placed it on his cupboard. It remained there like a treasure, which he admired whenever he passed that way.

He went to his grandma, for listening to her nostalgic past and the interesting stories accompanied it.

I saw my mom buying unwilted, red, freshly baked, clay pots. It was round-bottomed and short-necked. It soon became an artefact that amused me. I asked her what it was used for. I was always a person of inquisitive nature, which sometimes annoyed my mom – people, to say precisely. Anyhow she answered me that, it was a thing of great utility which is unavoidable in an Indian cookhouse. It can be used to store water. These will keep the water sparkling fresh and cool. The food when cooked in these develops an alluring aroma. The next day I saw her, piling up dried leaves, and rind and shell of coconuts, and kindled it into a blaze. It’s not the fire that gained my attention but the fact that the pile didn’t just include firewood and leaves but the brand new clay pots that she bought the other day. Startled by her crazy act, I asked her what’s wrong. She said she loved to watch it get burnt and destroyed. I stood there thinking for a moment, then took a thick wooden stick. “Why are you straining yourself so much for this silly thing? I will make it easier for you”. Within a minute, I smashed all the clay pots to ground. I think this sent a shock to her spine and made her go out of control and crazy. She pounced onto me swinging a stick that looked deadly, I was standing there blinking, not knowing what wrong I did. Just before I was struck by her, I was saved by my dad from the deadly blow, just in time. “It’s not her mistake. You should have explained to her that setting clay pots to fire will make some profound changes in it and turn it into a rock-hard one from a fragile, soft pot.”

Listening to Leelavati was one of his cherished pleasure.

One day while Leelavati was sweeping the floor, she accidentally swept the laptop off the table. Prema came rushing, like an ogre, and mauled her with her rain of uncivilized words. Leelaavati stood there startled, as if under a spell, at the pity condition of this new world that claims to have developed a lot.

“At least act like you are sorry”, Prema scowled, and hit her fist on the cupboard door, shaking the cupboard violently. The new treasure that Rahul discovered stumbled in dismay but somehow managed to stay in its place.

“Mom, we know that she hasn’t done that purposefully, please let it go.”, Rahul desperately tried to ease the situation.

Leelavati’s life in that house only got worsened by years. Though not of great help to her, Rahul remained her reason to stay, not just in that house, but in this world. It was not that he loved her a lot, but she was some sort of solace for him, amidst all the chaos of this fast running – ceaseless world.

He grew up into a handsome man, whose girlfriend will be envied upon by any lady - tall, muscular, perfect jawline, fine hair.

On a hideous day, everyone in the house stood thunderstruck, except Leelavati. Because she was the reason for this bewilderment. In her twenty-five years of married life, Prema hasn’t heard her mother in law’s voice above thirty-five decibel. Ramesh hasn’t seen his mom, in his entire life, THIS red and angry. But all her fierce anger was towards Rahul. She fired him with far more power that we will be engraved in an old, frail lady in her late seventies.

Ramesh sprung to action to protect his son from being burnt to ashes on Leelavati’s surging rage, not bothering to know the truths behind the bizarre dramatical events that staged that day.

“You deserve this”, blurted Prema to Rahul.

“How dare you lift your fingers against us, 'The Us’ who gave you food and shelter out of sympathy all these years?”, added Ramesh, encouraged by Rahul's unusual silence not knowing the brutality of his words, without a pinch of gratitude or concern that it is his mom.

“Get out of the house right away, no more sacrifices, for someone who is so inconsiderate”, Prema took advantage of the priceless situation - the chance of getting rid of her.

No one noticed that Rahul’s heart was welling up. He stomped into his room. He could hear the silence with which Leelavati was taking herself off his house. Pain seared through his veins, without any commiseration. He thrashed his fist on the floor in anguish. Like any other toy, that antique piece too which once had his attention, was lying there unattended. His brutal hard thrash made it bounce off into the fireplace.

He knew that his cannibalistic act that incited that day’s uncanny events will haunt him till death than the sin of his own grandmother being sent away from home, succourless because of him.

The fist-sized thing was getting burnt down to ashes in the fireplace slowly and bitterly. 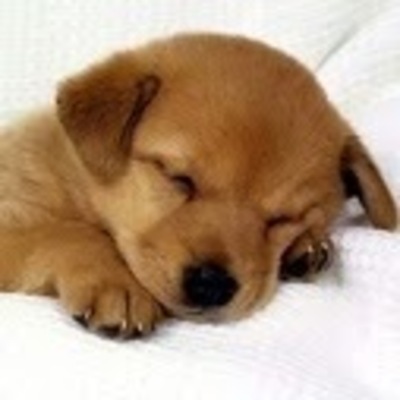 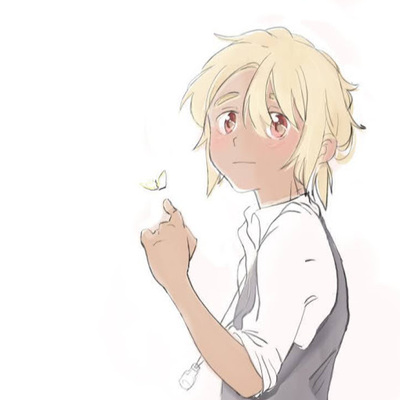 Your writing really shows Leelaavati’s struggle in the house- the emotions were very vivid. Also, I think the flow of the story would be much smoother once you work on your punctuation. Other than that, I liked the moral of your story :)

Thank you so much Sophia for reading my story. Feedbacks always boosts me to work more on it. It would be of great help if you can point out one example, where the punctuation got messed up, so that I can work on it. If it is about the quotation and comma, I had already started working on it, because another pal mentioned about it earlier. Once again thank you

For punctuation, there was too many commas in some sentences. For example: “ She was standing near the kitchen stove, with a brown cotton saree, draped unruly over her, like a typical Indian grandmother, boiling milk for her grandson who will come straight to kitchen after his school, ready to gulp down a large, full glass of milk.“ I think it’s good at some areas, but not too many times. Commas are like moments where you breathe in sentences, and if there’s too many, then it’s like pausing several times in a sentence. One way you ...

Thank you so much Sophia, this really helps a lot. Thank you for your time and consideration to make it clear to me. I will try not to repeat this again. That is very sweet of you to propose a way to tackle the problem too.

The description was nice. I think you should have focus a little bit on the mysterious object. From the story, it seems like the story is about the relation between the Leelavati and Prema. A little bit of focus on mysterious objects would make the story good. I don't want to seems harsh and mean to you. I want to give you an honest opinion what I think about your story? That's it. I hope you will write another story.

Harsh? You were nowhere near harsh. That's right, I should have concentrated more on the prompt. Thank you so much for your feedback. I will try to make it better next time.

I really enjoyed this story! Your descriptions were wonderful, and I loved your ending. The only thing I would suggest would be to work on your quotations; make sure that the commas and end marks are before the quotes, and you do not need one after, too. But overall, you did a really good job on this story, and I can't wait to read more!

Oh my god..thank you so much for reading my story. Your words mean so much to me.. Actually, I had that confusion about where to place commas for dialogs. I will make sure I don't mess that again. Once again thank you. I will try read all your stories, pal.

Thanks! I will definitely be keeping an eye for more of your stories.