Note for the younger readers: a Bear in today’s society is a gay man who is big and hairy. Now read on.

Goldy slid the crowbar into the slim gap in the old windowsill and lifted it with a small grunt, hearing the snap of the window latch breaking free. She cast a furtive glance around to make sure nobody was watching and then quickly slid the window open and slithered with a practiced grace through the entry and into the darkened house. Once inside, she stood up and pushed her dirty blonde hair back under her navy hoody. She’d heard that these three were rolling in dosh. There should be enough in here that she could palm off easily. She stood completely still, listening for the sounds of someone inside the two-story house. Nothing.

She’d been casing the place for weeks. Living at the prestigious Armadale address were three men – all apparently single, all very well off. She checked her notes.

Victim 3: “Baby” (younger than the other two. At least half a metre taller than the others) – He looked really familiar, but she had no idea what he does for a living. Early riser – out all day weekdays.

So Thursday morning was the best time. She’d watched Baby leave the house wearing running shorts and a singlet, showing off his massively hairy back and shoulders, and then, knowing the place was empty, had made her way to the window at the side of the house.

Goldy crept to the upstairs study, where she knew there would be a trove of electrical equipment. If she could hack their passwords, she might even be able to sell some of the songs and stories for cash. Inside, she found three computers on three desks. The first was a highly-customised, bright pink desktop, covered in bling.

“Too hot,” she muttered. “I’d never be able to sell that one without it being traced back to me.”

The second was an ancient clunker that didn’t even look like it connected to the Internet.

“Too cold,” she grumbled. “How can they have all this money and still own such a piece of junk!” And then the motherlode.

“Just right!” she gasped. On the third desk was a superb laptop, whirring away with incredible power. It was light enough to fit into her pocket and would sell for top dollar down at the markets. To top all this off, a yellow post-it had the words P: P0rr1dG3. She clicked the mouse, tapped the password into the login screen, and sure enough, was admitted right into Baby’s digital sanctum.

“Brilliant,” she said, shutting the lid and stuffing the laptop into her backpack.

The next stop was the living room. As she tiptoed down the stairs, she smiled at the pictures on the walls. It was definitely a strange living arrangement, between these three gentlemen of leisure. All three were in most of the pictures – scenes by a park, dancing at Mardi Gras, waving at the camera in fancy restaurants. She stared at Baby's pictures again, sure she had seen him before. If she wasn’t living on the streets, she’d have clicked immediately and run screaming from the place, but she was a bit behind on her popular culture.

In the lounge, she nabbed some more electronics – a couple of iPads, the Playstation, a couple of different screencasters. And once more, she was faced with a decision. Three watches lay neatly on the coffee table. The first was an incredibly beautiful gold watch, intricate and had Hemingway’s face engraved into the band. She hesitated, and then sighed.

“Too hot,” she whispered, sadly. She could probably get some good money for this, but the idea of today was to get easy money, not good money. Again, it was too easy to trace back to her. The second watch she almost immediately dismissed. A simple, digital piece, worn and boring. “Too cold, for sure,” she said. But the third was a treasure. An elegant looking Gucci; worth well over seven thousand dollars, although she’d be lucky to get a grand for it.

“Just right,” she said, grinning and pocketing the piece. As she did, she saw the time and gasped. Eleven o’clock! Mama was due home any time now.

Panicking, she ran back up the stairs. She couldn’t go out the window she came in, it was too obvious. She already knew there wasn’t a back door leading anywhere. Her final option was the upstairs bedroom window. From her reconnaissance of the place, she knew there was a tree within jumping distance that would take her into a neighbouring yard and to safety. You know, if she didn’t plummet to her death first.

She’d just hit the top of the stairs when she heard conversation at the front door. Not just Mama then. Crap. The door to the bedroom was open. She ducked in – and came to a complete stop, stunned.

There were three beds in the room.

“What is it with these guys?” she mused. Downstairs, there was a muted yell. They’d noticed the window. She wouldn’t get out now. Goldy crept quickly to the first bed. It was covered in iron railings and decorated with leather belts and chains. She looked to see whether she could get under the bed, and then stood up quickly, eyes wide.

“Too hard,” she said, shaking her head. The noises downstairs were louder now. They’d found the watch, and there was some loud snarling and a high-pitched sob. Goldy broke into a sweat.

The second bed was a four-poster. Immaculate and covered in lace. She could tell that if she went anywhere near it she would leave clear indentations, giving the game away.

The third bed was “Just right!” and Goldy slipped beneath the bed, pulling the already unmade doona cover down to cover her as she cowered and hoped that they would go outside for long enough for her to make her escape.

The three burly men tumbled into the room.

“Someone’s been fiddling around with my watch!” said Papa.

“They nicked my iPad!” cried Mama.

“And my laptop,” growled Baby. “Whoever they are, they’re going to regret stealing from an international wrestling star.”

From beneath the bed, Goldy gave a little squeak of terror. She knew she recognized that one. It was that guy off the TV – world championship wrestler and all-around bad boy.

“I heard something,” said Papa.

“Surround the bed, we’ll tear ‘em apart,” rumbled Baby. Goldy squealed and scrambled out from under the bed, making for the window. Mama grabbed at her, getting the back and a handful of hoody. Utilising years of getting out of bad situations, Goldy squirmed out of her hoody and dashed for the window, which was luckily open.

“Wait, no!” yelled Papa, as the thief leapt up to the sill and dived out. The three of them ran to the window and tussled until they all had a view. Goldy was dangling from a branch, quite a decent leap away from the window. She struggled upwards and then clambered lithely across the branch and down the trunk. She threw one more panicked glance back at them before she disappeared from view.

“Poor girl,” said Mama. “She should have known Baby was just kidding. We always look out for the homeless kids in the area.”

“Speak for yourself,” Baby said, but his face was sad as he watched the space where Goldy had disappeared. “Ah well, if we see her tomorrow, we’ll give her that hoody back and some money for food, yes?”

“Exactly,” said Papa. “Now, all that excitement has made me hungry. Anyone for breakfast? I’ve made porridge.” 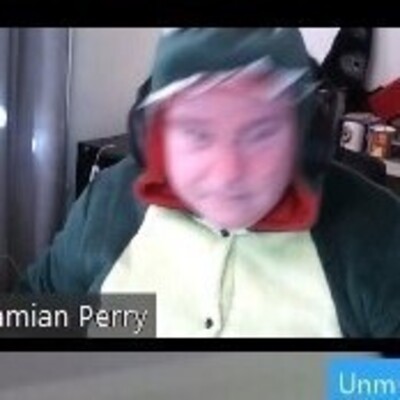 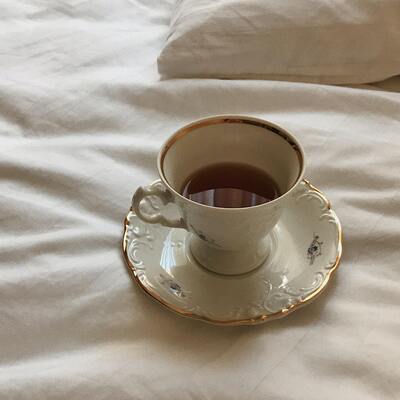 I didn't get this till the very end! great job, what a cute modern take on this story.