That's What You Get

It was not a dark and stormy night. It was, in fact, a light and peaceful day. Everyone in our perfectly normal family was doing perfectly normal things when an unexpected visitor arrived. I looked up from my addition busywork as the doorbell rang. The shrieks and giggles of Lennie echoed from the bathroom, accompanied by splashing and Mommy whooping and chiding as she tried to get the water on him and not the bathroom rug.

Silence. Actually noise - splashing and yelling - but silence in respect of a reply. The doorbell rang again.

“Mommy!” I shouted again, not moving.

“What!” she shouted back.

'Go get it' is a weird phrase to mean 'open the door and greet whoever is ringing the doorbell'. 'Go open the door' would make sense. Go respond to the doorbell and the ringer’s intent while ringing it.

I sighed and carefully lined up my pencil with the edge of my addition busywork before sliding out of my seat at the kitchen table and trotting over to the door. I pulled down hard on the handle so that it would swing open and found myself facing an unexpected visitor.

He smiled with his white teeth and removed his black bowler hat. “May I enter?”

“Sure,” I said, leaving the door open and trotting back to my seat at the kitchen table.

“Who is it?” Mommy shouted over the splashing and squealing.

“The unexpected visitor!” I shouted back.

He slid into the chair across the table from me. “Did you expect me?”

“It’s seven,” he said as I carefully picked up my pencil. I glared at him and turned to my next problem.

“I am going to go into JoJo’s bedroom,” he said, rising.

He leaned down to me again. “Did you expect that?”

He straightened up and betook his tall, elegant self across the living room to the darkened hallway. I watched him go with narrowed eyes. An unexpected visitor always arrived when I was doing addition busywork, and yet I still couldn’t expect it. I guess that was part of the spiel. Probably he didn’t have anything else to do to fulfill his place in the universe.

“Knock knock,” said a small voice by my left elbow. I didn’t look up.

“I can see that you’ve already heard the doorbell this average day, so I will use the...knock knock.”

“I already know who. I know it’s you by your voice.”

He sighed resignedly, and I could sense the bear-of-little-brain card was coming, so I straightened up and pointed at my problem. “I have a problem,” I said.

“Actually, you have thirty-seven,” the very hungry caterpillar telepathically communicated to me from his place on the windowsill.

“Mommy!” I shouted. “The very hungry caterpillar got in again!”

“Tell him to go out!” shouted Mommy.

The very hungry caterpillar went out.

“This problem perplexes me,” I said carefully, pointing at it. I had learned to be very careful with my words in my house. Pooh sighed. “Is that why you didn’t want to finish the joke?”

He was so pathetic. I couldn’t resist.

“It’s sixteen,” said the unexpected visitor, unexpectedly being there.

“Why don’t you like him?” asked Winne-the-Pooh, resting his stuffed elbows on the table.

I didn’t answer, gathering up my paper and pencil and going over to lean in the bathroom doorway.

“Mommy, I need help with this problem.”

She turned from Lennie, who was sliding around in the tub laughing insanely. Her bangs were sopping wet from all his splashing.

“Didn’t the unexpected visitor already tell you?” she asked.

The unexpected visitor looked unexpectedly chagrined. Aha. She had expected him.

I went back to the kitchen table. Daddy was usually the one who helped me with my addition.

A little later Mommy called for JoJo to bring in Lennie’s towel that she had left in his room. Silence from JoJo’s room. Actual real silence this time.

I wondered if the unexpected visitor had unexpectedly kidnapped JoJo or something.

Mommy told me to go tell JoJo to bring Lennie’s towel to her to dry Lennie with. Would that be an in-in-in-indirect statement or something?

I leaned into the bathroom on my way to JoJo’s room. “Would the sentence ‘Mommy told me to go tell JoJo to bring Lennie’s towel to her to dry Lennie with’ be an in-in-in-indirect statement, Mommy?”

She pushed her wet bangs out of her eyes with one hand while trying to balance the slippery naked toddler in the tub with the other. “Told me, tell JoJo, bring towel, dry Lennie, yes that’s four but I’m not sure. Ask the unexpected visitor.”

He flashed a smile at me. I huffed and continued to JoJo’s room. He was sitting on his bed with his arms around his knees, listening to Brian Jacques. Of course. JoJo was always getting distracted from school to listen to Brian.

“JoJo, Mommy wants you to bring Lennie’s towel that she left in here so she can dry Lennie off,” I said. “Hi, Brian.”

He smiled that cheerful smile at me. I was sometimes annoyed at JoJo for sitting in his room listening to Brian instead of helping out. Until I was actually in the same room with Brian, and then I couldn’t be annoyed. Brian wasn't that kind of person. He was just so darn nice. Lennie looked up to him almost like a daddy and I couldn't blame him. Brain was very fatherly. And his stories were really good.

“Go help your mother, sonnie,” said Brian, ruffling JoJo’s shaggy dark hair. “Made-up yarns are for when you don’t have a good yarn of your own to make.”

British people were so weird. But also nice. I have only met five British people so far. The damsel in distress comes pretty often, although not as often as the unexpected visitor. She braided my hair when I was little until I got a bob. The little old lady is also British. Sometimes she brings cookies.

JoJo hopped up and grabbed the towel to take to Mommy.

“Another one?” I asked disbelievingly, starting towards the door. “I thought you were the only one!”

“I am the only unexpected visitor in persona,” he explained. “I was using the term in the colloquial language.”

I opened the door to find Herman the Worm. Probably come to call on Lennie. I stepped on him. I was sick of Herman.

I went back to my addition busywork, pushing Hunca Munca off my chair before sitting down. 6 + 10. That would make it a teen. Anything plus ten was a teen. Mommy had taught me that trick by showing me pictures of her high school shenanigans. She said they rated the boys in cuteness. Gary was a four, while Jacob was a ten. Any girl plus a boy who was a ten was a teenager. It didn’t make total sense because any girl plus any boy who was below ten could still be a teenager, but the way she taught it the trick stuck in your head. So six…teen. Drat that unexpected visitor. He was always unexpectedly right.

I glanced up for a moment and froze. G.K. Chesterton sat across from me, leaning back in his chair and reading a book. He had been Daddy’s favorite author. They used to hang out a lot, talking about books and drinking beer and Burgandy and smoking pipes. I gulped. Mr. Chesterton looked up and gave me a very small smile.

The sight of him. I hadn’t seen him since…

I quickly slid off my chair and ran into the dark hallway. Light was coming from the open bathroom door where Mommy tried to dry Lennie and JoJo squealed as he got splashed.

I pressed my hands to my eyes and was quiet. Crying was for babies who couldn’t control their emotions.

Once Julius Caesar and his friends had came over to read the play aloud with Mommy, and he had explained afterward what some of the confusing lines meant, and had told me when that the poor have cried, Caesar hath wept. And he was Julius Caesar. So what was I to do?

I felt someone move beside me. I opened my eyes to look at the black tuxedo that smelled of pipe smoke. That familiar smell always took me by surprise. The emotions were always unexpected.

The unexpected visitor pulled me into a hug of unexpected kindness and for once I didn’t push him away. After a few moments I sniffed, conveying that I was done. He released me, gave me a pat on the head, and unexpectedly left out the front door.

Hugs from other people are better than hugs from yourself. Hugs are just better than crying in general.

I took a deep breath, and decided to go into Mommy’s room to look at pictures. Pooh was lying on the bed, staring at the ceiling. Mrs. Piggle-Wiggle was there too, helping Thomas the Tank Engine over the door threshold. He sometimes got stuck.

You could talk to Mrs. Piggle-Wiggle like that. She understood.

“Of course not,” she said, giving Thomas a friendly pat. ”If everything made sense it wouldn’t make sense.”

“I mean, with you. With all of you. I can understand the authors and the characters, but what about the little old lady and the damsel in distress? And the unexpected visitor? He doesn’t fit.”

“He’s a cliché,” explained Mrs. Piggle-Wiggle. “He’s part of a story. And," she added, "He’s unexpected. What do you expect?”

“I guess all of this is unexpected, by normal standards,” I said, sighing.

Mrs. Piggle-Wiggle came over to me. “Never be normal, my dear,” she said, squeezing my arm and looking into my eyes.

“You would lose so much. You have such a wide vocabulary for your age,” added Jane Austen.

“Indeed,” I said. She smiled affectionately. She had taught me that one.

“That’s what you get,” said Pooh, taking my hand. “A big mix of things. Fun things.”

“What was that about weird and wonderful things?” asked Mommy, coming into her room with Lennie - slightly damp - to find him an outfit. She nodded in greeting. “Oh hello Jane, Mrs. Piggle-Wiggle.”

“A big mix of weird and wonderful things when you’re not normal,” said Pooh in explanation.

“Oh yes,” said Mommy. “You can be sure that’s what you get when you homeschool.” 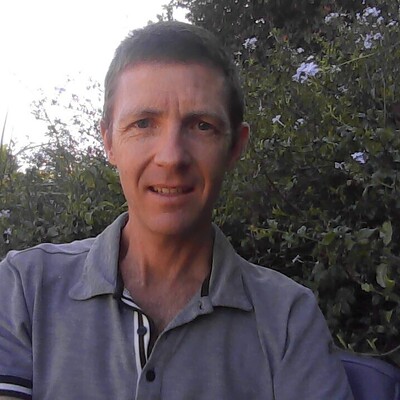 What a lovely story. Well told and very warm.

I'd be grateful, if you have time, if you could have a quick look at my story for this prompt. I think you have a feel for the right "style" for this kind of topic! ;-)

This is a very interesting take on the prompt. As someone who has to help two little ones with home schooling, I can totally relate to it. Lol! Great job!

Thank you! That means a lot!

You are very welcome. Check out my story too if you have time. Thank you!

This was a really interesting read, I really like the way you approached this promt! One thing I would say though is you could be a bit more descriptive and use dialogue less to reveal the story

Thanks so much for reading! Also thank you for the critique. I am really terrible at descriptions. :l I should probably get around to working on that.