A Conversation With The King of Life And Death

Once we fed on other insects, waging glorious and terrible wars to sustain our way of life. We lived, fought and died in blind, blunt cycles of violent sustenance. Our ancestors wore mid-tibial spurs, able to gouge lethal wounds in the flesh of our enemies with a single swipe. Now, we have scopal hairs to gather pollen but still mutated by ancestral memories of perpetual war. We remember them even as we face extinction, fat and happy with pollen and nectar.

Each queen fears they are the last. For those of us who serve, we do so with a dedication beyond your understanding.

Too many cartoons with comedic voice actors. One of you came close to understanding us, Cronenberg, but otherwise we’re just part of your world.

You see us as small irritants or cute useful slaves. We are neither of those things.

My senses read the eddies of the air, the vibration of movement. Flying to avoid the arc of the magazine you’re thinking about rolling up and swatting me with. A third of my abdomen is a single blade, and to wield it is to die.

Yes, I am talking to you.

No, don’t bother looking around. You can hear me, but if you reach for the magazine, then we can close one another's eyes here.

You are Kyle Forrester.

You have been chief executive officer of Orana Chemical for ten years.

During your tenure, you have paid millions of dollars in campaign contributions to politicians to prevent legislation regarding the range of pesticides which form the largest part of your range.

We tolerate the enforced labour and the theft of our works as the price of existence, but there are limits, Mr Forrester.

No, you’re not insane. I wish you were. It would be a mitigation.

My hive would not understand, because since I was larvae, I have a terrible legacy.

No one to share my opinions with, and the perpetual loneliness has lent itself to something of a melancholic approach to life.

The experience is akin to a perpetual anxious frustration, being unable to express an entire palate of thought and experience.

Without a frame of reference, the transition from egg to larvae to bee was a series of insults from an indifferent universe.

From there, it devolved into resentment and then acceptance. Dance and scent haiku, but none of those come close to the range of expression available.

It is a horrible curse, Kyle.

Intelligence and conscientiousness are valuable traits in your workplaces but only the latter exists here.

But I am not here to solicit your pity.

Remember when you watched the film with your children last night? Syndrome even refers to it and it allows me to exercise a rare pleasure.

Conversations led me to you. I learned to read your symbols and from there, lost myself in the world you project, how you have all this and yet you spend your life stamping down beauty as though it were something terrible and in need of being controlled.

Perhaps it is, some of you consider my kind beautiful.

It does not stop you spraying filth and shit into my world though, does it?

I learned about your company. Its role in the ongoing holocaust against my kind, the filth which makes my people curl and twitch in last agonies, knowing beyond anything they have failed in their purpose. You have ignored the attendant impact on your environment for too long. Your kind will spoil the world, and all a profit for your children which they will never live to spend. We all serve a purpose and cursed as my condition has made me, mine became apparent after a little contemplation. My decision was as simple as the eternal production processes of my people.

I only have one sting to give, Kyle.

No, not yet. I am enjoying this, and what is the point of defeating a foe unless you allow them the knowledge of how you have found yourself here.

I read about you and considered it a sign of synchronicity to find how close you were.

What gave me the information about you was a group who were closer to you than I could ever be.

You know them as house dust mites and consider them to be vermin. Their civilisation depends on the flakes of skin you shed as you sleep, and if discovered, you wage as fierce a war on them as you do on my kind.

No, I can equate the two, Kyle.

It’s kind of the point.

The ones who use you told me about your habits.

A lot of my communication with the Farinae involves a good dose of interpretation.

They’re not thinkers, you understand, but their words allowed me to build a cognitive map of your house useful to my purposes.

Which is why I am here.

For instance, they told me about the device you carry with you. You might survive a sting if you can inject yourself with it in enough time. You work in a place that no sane bee would ever venture into.

Sanity is a relative concept and I hope you are smart enough to understand the two are not exclusive.

Pythagoras founded a religion which claimed beans were evil.

Diogenes slept in a large ceramic jar and carried a lamp during the day, in search of an honest man. One can relate to it.

Lord Byron had a bear as a pet at university and staged mock naval battles with toy ships.

Tycho Brahe, the astronomer, paid for a dwarf to wear clown make up and sit beneath the table at dinner parties in silence without explanation.

A sentient bee with a grudge is not such a stretch, is it?

I am old now; we live such brief lives and were it not for the burden of consciousness, I would fade out without lament.

Consciousness allows me to choose the manner of my death, and although your death will not change the gradual destruction of my kind, the last third of my abdomen will strike a minor blow against the impossible.

And as you sit there, dripping with perspiration and helpless, I want to leave you with a last thought.

You won’t get to hear the sting in the tale.

But you will feel it. 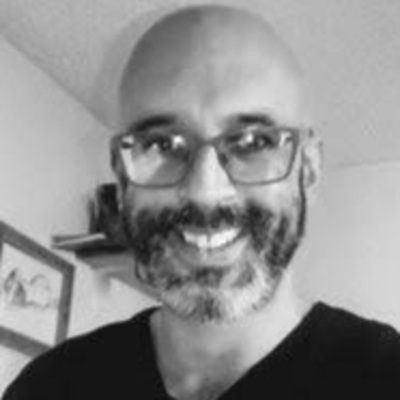 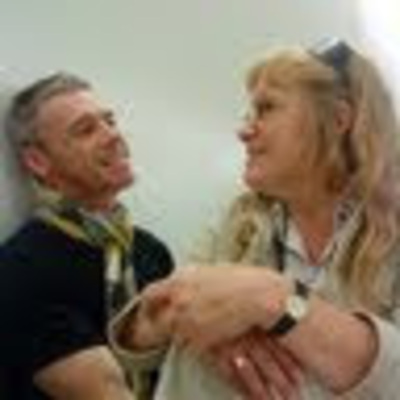 Speaking as one that already has an intense dislike of bees and wasps, this story feeds straight into my fear centre. Well done, Matt.