It was a still, hot day in early June when I was finally going to meet my niece. I had driven three hours and so would my sister and her family to meet in this park for the opportunity to see their baby for the first time. My niece is almost six months old and I still haven’t met her. She was born in January before the world went insane. At the time there didn’t seem to be a huge rush and then everything shut down. So now here I am almost 6 months later standing in a wide open patch of green in the middle of nowhere waiting to meet her for the first time.

A little more than two years ago, we had all been at the beach to celebrate Memorial Day, two happy and hopeful couples, planning our futures.

“So how is the job?” I asked as I wiggled my toes in the warm sand.

“It’s work,” Gwen laughed, rolling her eyes. But laughing about it was progress. Normally work got her started on a rant.

“Yes and no,” she allowed. “It is the same shit, but now I think they realize how much they need me. Emma went on leave a few months ago and I think they all now realize she has been taking credit for my work. How about your school? Are you ready to quit and get a real job yet?”

“I’m ready for the summer,” I agreed, “but I still think I can do some good as a teacher. I have at least a few more years in me.”

They sat, staring at the waves lapping in and the horizon beyond for a while in silence.

“What do you mean?” I asked, shading my eyes with my hand to look at her.

“Well neither of us is without a project for long,” Gwen laughed. “ So what is the next project? Going to get working on that novel?”

“Maybe,” I said noncommittally. I look at her again, gauging her mood and true level of interest. “Actually, we’ve been thinking of trying to have a baby. If we time it right, I could give birth right before the summer and then go back in the fall.”

“Really?” Gwen gushed. “Us too! I mean, I don’t know that we are ready to start trying yet, but we are talking about it. I need to time it right, between projects at work. And he can be the stay at home parent, work remotely or whatever.”

“They could grow up together,” I daydreamed. “They could be as close as sisters.”

But one thing I have learned as a teacher is that plans rarely work out the way you imagine them. We tried getting pregnant, but for me it was not to be. My husband and I had thought it would be easy. Once I got off the pill it would take one month, maybe two to get pregnant, but that wasn’t the case. And after the window closed, tension between us increased. He didn’t understand why I felt like I had to wait until the baby would be due the next summer, arguing that I cared for my students more than my family. I don’t see it that way. It wasn’t like he was offering to take off from work for three months to take care of our child. It wasn’t fair. But when I am able to face things honestly, it wasn’t all his fault.

And so it was only a few days after my divorce finalized that my sister called with her big news.

“You are?” I asked, trying to add enthusiasm to my voice at the last moment. I don’t know why this caught me off guard, but for some reason I had assumed they had decided not to start a family. I could tell by the cold silence on the other end that my response had not been ebullient as it was supposed to be, so I tried again, “That’s great news! I’m so happy for you! When are you due?”

“Really?” I mentally did the math to the last time I had seen her. “Wait, then you knew you were pregnant the last time you saw me. Why didn’t you tell me then? Because of the divorce?”

“No, we just weren’t telling anyone yet.”

“So you can plan the shower, right? I was thinking sometime in November. I’ll send you a list, okay?”

She went on for some time about her plans and I tried to share in her joy, but I just stared blankly at the door in front of me, her future just reminding me of all I had lost.

But as time went on, I mourned my marriage and moved on, throwing myself into my work and planning for the shower and my niece's arrival. I even started looking for a teaching job closer to them, wanting to be more involved in their futures.

The day of my niece's arrival was one of the longest of my life. It was second period when my Fitbit alerted me to a text from Gwen saying simply, “In labor.” I tried to continue as if nothing had happened. I suspect my students could tell I was preoccupied, but they played along. When the last had left, I ran to my desk and frantically texted back for details. I had heard nothing by my lunch break, so I messaged her husband instead. Somehow my students and I made it through that day. They must have been kind that day because I was definitely not on my “A game.” My mind was going through all the best and worst scenarios and I kept finding excuses to go back to my desk to see if my phone had gotten a message it had failed to communicate to my watch.

The students left at 2:24. My day ended at 3. I kept trying to grade an essay, but I was rereading the same sentence over and over and finally I gave up and just stared at the white board in front of me and let my mind wander. When the clocked turned three, I jumped up, grabbed my bags and rushed out the door, intending to call my mom and see if she had heard anything the second I was in the car.

As the door closed behind me, I received a text. It was a picture of a beautiful baby - Natalie.

My eyes filled with tears and I texted back my congratulations. I asked if I could call, but she said she wasn’t feeling up to it yet, but that I was welcome to come visit that weekend.

I planned to leave Friday as soon as school let out, so Thursday night I was packing my bag. When the phone rang, I tossed the pair of socks in my hand into the bag and answered the phone.

“How are you doing?” I asked. The hospital had released Gwen and Natlie that morning. “How does baby girl like her home?”

“I’m not sure she has noticed the difference,” Gwen laughed. “She has been asleep for most of the day.”

“About that. Her pediatrician said we need to be careful about visitors and the germs she gets exposed to.” I think I said something insightful like uh-huh, not understanding what my sister was trying to say. She paused, waiting for me to catch on, but when I didn’t, she continued, “So we think it would be better if you didn’t come to visit this weekend anyway. Maybe in a few weeks.” My silence was deafening. “It’s probably for the best. Weren’t you a little worried about that storm system they have been tracking? I know you wouldn’t want to get stuck here and unable to get back to school.”

“Yeah, I am sure you are right,” I finally managed. “Just let me know when I can come to visit and I’ll be there.”

We spoke for a few more minutes, but the thoughts in my head were louder than hers. When we hung up I looked at the bag and willed myself to start unpacking. I tried to convince myself that it was for the best. I had been worried about the snowstorm set to hit the western part of the state. And I didn’t really want to drive for ten hours over the weekend. But I really wanted to hold my niece in my arms. I cuddled the sweater in my arms and then angrily threw it on the bed before giving up on unpacking and going down to find some comfort in the kitchen.

Ultimately my sister said she wanted to wait until Natalie was two months old before I visited. We picked a weekend, but then we went into quarantine. We video chatted every weekend. At first Natalie seemed oblivious to my adoring presence, but eventually she started to focus on my image on the screen. One weekend she actually smiled at me. I watched as she went from a baby unable to support her own head, to the girl who held up her head. Then she began grabbing toys, teething, and pushing up herself while on the floor. In our most recent chat, she giggled when I made my goofiest face.

Waiting in the park, nerves are gnawing through my stomach. I have missed so much. Will she even know me? I’m probably no more real to her than characters on TV. And will she even recognize me with this mask covering half my face? I want so badly to hold her in my arms. I want her to know how much I love her and that she can always count on her aunt. My body is damp and I am a little lightheaded. I don’t know whether it is the heat or my nerves, but suddenly I need to sit down. I see a bench and think it will be a nice spot for our visit before I remind myself we need to stay at least 6 feet away from each other.

This isn’t how I wanted to meet my niece.

Then I see my sister’s car pull into the parking lot a few spots away from mine and it doesn’t matter. The future is here. 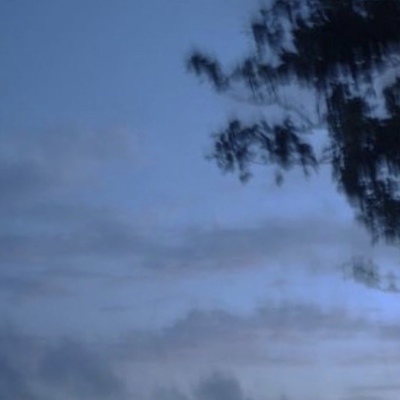 This was a beautiful story! I love how you captured so much in this small moment and provided a hopeful message to get us through lockdown! :)

I really love the little details you've dotted around, it really helps to add depth to the story! One thing I would be weary of is using dialogue to tell the story where you can be descriptive instead

Thank you for the feedback! Always a balancing act, but I feel like you are helping me to find my center!