Once again the phone went to voice mail. Teagan leaves a message for Pilar, " I know you don't want to speak to me." "Please call me back! " As Teagan thoughtfully considered how to explain to this successful young woman that her life up to this point had been layer upon layer lies. Everyone in this family knew the truth, and everyone played their roles to perfection. At her mother's death a secret was revealed that Lydia Lunsford was not Pilar's mother, but in truth her grandmother. Teagan herself had been unwillingly persuaded to secrecy to allow Pilar a normal upbringing.

With Lydia making the choices in what she believed to be the best interest of her granddaughter she allowed her daughter Teagan to go about her life as a teenager. Teagan attended the prom with Brent Galloway, her high school sweetheart and father of Pilar. A year later after high school graduation for both of them, Brent asked Teagan to be his wife and she happily accepted. Two years after that Teagan announced the wonderful news that they were having a baby. One of the happiest days in Teagan's life happened to be in the hospital at the birth of Peyton. In that room, everyone she loved dearly was near her. Lydia sat beside of Brent, she held three year old Pilar in her lap. Teagan held Peyton in her arms as the nurse gave them a few minutes privacy as a family. Pilar grew up thinking of Teagan as her sister.

Years sped by so very quickly, a bittersweet collection of beautiful memories being created as Pilar and Peyton were growing up. Pilar passionately pursued law school and graduated with high honors from Princeton. Peyton studied architecture and wanted to be a world traveler visiting beautiful places he had only read about. Brent told Teagan it might be a good idea if he called Pilar and spoke with her. Brent called her and she listened when he told her how much Teagan would like to speak with her. Pilar told Brent that she didn't know what to believe, that her whole life was a lie. She decided to have a proxy stand in the reading of her grandmother's will.

Brent and Teagan waited for Peyton to get home from school and called his closest friends, knowing it was unlike him not to let them know where he would be. Leaving their evening meal untouched, they went to Pilar's apartment in hopes that they would find Peyton there. Peyton and Pilar were sitting at the kitchen table trying to process the latest secret that they had lived with for twenty years. In the conversation between Brent and Pilar , she learned that not only was Teagan her biological mother but Brent was her biological father. This followed that Pilar and Peyton weren't aunt and nephew but actually brother and sister. Moments before the knock on the door, Peyton put the letter in Pilar's hand. She looked at him for reassurance, reading the letter aloud for it was addressed to both of them.

The information on the typed paper revealed that their grandmother had left her entire estate to her grandchildren. The signature was in her familiar handwriting. In the manilla folder was floral stationary, explaining in summary the reason in the lives involved. Lydia chose to take on the responsibility of raising this new life, while her daughter was allowed to live as a teenager instead of becoming a parent before she was ready. Lydia wanted each of her grandchildren to know how much they were loved. Lydia wanted Pilar and Peyton to know that there had always been the love of the whole family. Teagan and Brent had always loved Pilar at a distance yet close by.

Pilar began to look upon these people in a new perspective for the very first time. Teagan called for Peyton to come with them it was time to go home. Teagan held out her arms, reaching for Pilar to meet her halfway. For what seemed like an eternity, even though it was actually only a few minutes, the expectancy ended. Pilar seemed to awaken from a dream, she replied that everything was happening too fast, she was not ready for this. She formed the words with her lips that she would call soon.

Months passed by and this day was Teagan's birthday. Today had been a long day at work as a secretary and she was just glad it was over. As she unlocked her front door, she was surprised to see smiling faces, balloons in black and gold, and a birthday cake decorated in a beach theme. Teagan cried happy tears, celebrating both her birthday and the reuniting of family. Family that always had love for one another but know the roles of what they meant to each other was changing and growing. Brent took photographs of Pilar and Peyton on either side of their mother. Laughter and new memories to cherish and treasure for lifetimes. This gathering would be a new start, a precious memory that would stand out, as Pilar fell into her mother's arms asking if she could call her mom.

This was the beginning of so many firsts: Brent ventured out with marketing plans to create his own tourist resort. It was all coming together, it had come to fruition on their first vacation as a family in the Smokey Mountains. Brent and Teagan would retire to a beautiful wooded area to manage lodging for visitors. Peyton would live out his dreams as a world traveler coming to his parents lodge for family gatherings in the future. Pilar would go on to be a well known prosecutor that made a real difference in other people's lives.

There was one more secret to absorb, to process that gave an explanation to the mystery of why Lydia Lunsford had made some of the decisions she had. She had written letters to each of her family members telling of her personal experience as an unwed mother. She had dated her high school sweetheart, only to learn at the young age of sixteen, she was pregnant. When she built up the courage to tell him the news, she learned he did not love her and had no use for a ready made family. Her parents were ashamed of her, hastily made plans to send her away to a hideaway to care for her until an adoption could be arranged. She wasn't supposed to see the baby, but a nurse allowed her to hold the baby girl in her arms for a few minutes. In those moments, she vowed if she ever had the empowerment to promote family unity instead of family separation, she would. Knowing in her heart, there was no way to avoid painful circumstances completely.

You interpreted the prompt in such a lovely way...Beautiful! Please review my stories too... I'd be very grateful!

Thank-you! What a nice compliment, I will be glad to read and review your stories. Keep writing!

Beautiful story. You have managed to portray complexity of relationships very well.

Aww, this is so good. And the ending was the best. I would be happy if you could check out my new story and share your views on it;)

Thank-you! I will be glad to have a look at your work, tomorrow.

You really managed to sum up a long period of time in such few words, and you did it really well! Some of your tenses are jumbled up here and there, otherwise its a really lovely story! 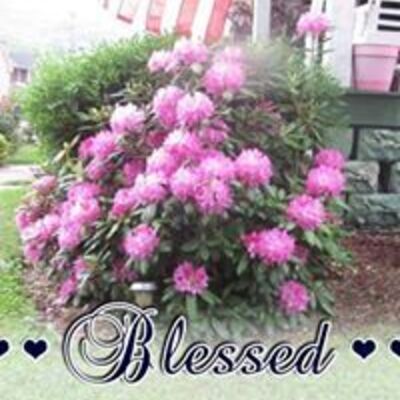 Thank-you! I appreciate your compliment, it is encouraging. I have some work to do, so thanks for the constructive criticism also. 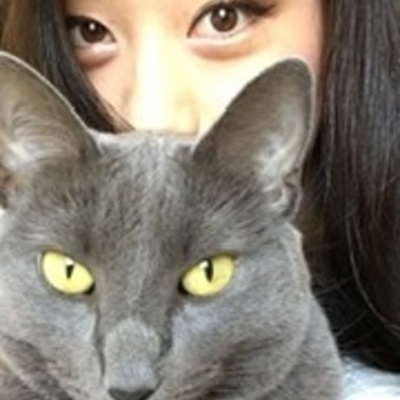 Great story! I really enjoyed reading the intertwining lives of the characters and how family members impacted each other. I believe you are missing the word “her” in this line - “ She wasn't supposed to see the baby, but a nurse allowed to hold the baby girl in her arms for a few minutes.“ The ending was sad, and I could feel Lydia’s despair!

Thank-you. I am glad you liked this story. You are right, I read the story over three times and missed that line, it is missing "her" in that sentence. Last week on the 20th of May, I had an eye appointment and my glasses should be ready in two weeks. Thanks again.