We sit side by side, not holding hands, but not not holding them either. It was that awkward stage in our relationship where actions were tacit, but still primitive enough to be carried out with extreme caution. God forbid one party made the wrong move, and everything ended as quickly as it had begun.

So we sit, our hands slightly touching, one brushing the top of the other. Enough to create sparks, but not entirely enough to trigger a full-fledged hormonal awakening. Eesha's eyes flit to our hands, barely illuminated by the neon lights flooding through the windows of the bowling alley. I knew it was at this time of night, but I couldn’t help ask for the third time.

“Are you sure this is alright?” my voice comes out timid, more so than intended. Aware that maybe signs of weakness would be the foundation for red flags in the future, I gulp and correct myself before Eesha can reply.

“I just mean, like, I know it is. Like right now, over here. I guess. I just mean-” I finally lock eyes with Eesha, who’s gazing at me with something that I can’t quite comprehend. It was one of the things that had attracted me to her in the first place. Something about ambiguous reactions with amused undertones was just so endearing. Well, to me anyway.

Realizing that I’ve been defeated by a look that just about said “You’re being paranoid, stop being paranoid”, I surrender to her warmth, sighing and taking in the chilly air. “I just mean. I mean nothing” I roll my eyes but finish it off with a grin, maintaining the light-hearted aura of the moment. Eesha smiles back, a wide, toothy smile, and I relax. I want it to last forever, but hope is a dangerous thing. Especially for a girl like me.

It was only in twelfth grade that I got a hint of being something other than completely heterosexual. I had always been open to the idea of experimenting, but limiting it to when I went to University. After all, that was the time you were supposed to figure out who you truly were, right? I didn’t really give it much thought after defininitevely deciding the time frame of my potential sins. That was until I started A levels in a new school and everything went back to not making sense.

I knew I would be out of my comfort zone, considering the fact that I had been attending River High since I could walk, and now all of a sudden I wasn’t. I wasn’t and it was crazy because I had become so used to residing in the background that I didn’t know the dynamics of being in the limelight. It probably wasn’t as horrifying as I portray, but in the first few weeks of trying to gauge the new school, I felt like the only outsider. There were other African students too, of course there were, this was Kenya. But the majority of the population were Indians. Of course it was, this was an Indian school. And though I knew that I could easily just fit in to the African squads (which I eventually did), there was something intangible that told me I needed to venture where I didn’t feel so secure.

Eesha was something new, refreshing and downright incredible, though I’ll be the first to admit that she was also super intimidating. Unlike me, she had been in this school her whole life, and it was evident that this was her fort from her comfortable gait. I found myself constantly admiring her from afar, glad that I got to experience her in at least one of my classes. I also found it hard to believe that anyone could dismiss her presence,what, with her intellectually worded yet controversial opinions and overt rebelliousness of the school uniform.

For a while, my lowkey tactics worked. That was until one History lesson she caught me staring at her and I immediately started to word vomit. The class had been put into pairs for creating a poster on the reasons for the Russian Revolution of 1918. It was one of the moments I actually wasn’t fond of my small classes, and this time a limited choice of partners definitely did not work in my favour. I don’t exactly remember how the horrendous conversation went (I’m lying, of course I do. I remember every single word that came out of my mouth and subsequently out of her plush pink lips).

“Eesha you’re really pretty” the words project from my mouth without warning, and it’s too late before I can comprehend what the fuck I just did. Shit.

“That’s why you were silently staring at me like a creeper? Omg Lees, you could have just said that ages ago.”

“Yeah I know I just...yeah. No I just got distracted before I was about to tell you.”

“Distracted by my beauty?” she smirks and I feel my cheeks flush.

“You just wanted to tell me that you liked my face. Yeah, I get it. Don’t sweat it” there was something about the way she phrased consolations that didn’t come off as tacky.

“Okay” I replied stupidly, completely at a loss for words.Totally not awkward at all.

“Okay” she pulled her mouth down to imitate me but shot me a gorgeous smile afterwards. “We should probably get to work before Mr Richard kicks our ass” and all of a sudden we were working together, hands side by side, writing down information that definitely wasn’t being retained by my brain at that moment. As I grew incessantly more aware of our hands moving in tandem and the heat radiating from our close bodies, I wondered what I had started. If I had started something.

To say that we became close over the next few months would be an understatement. We almost became the same person, revealing our hearts during late night calls and hanging out together on the weekends not consumed by assignments. We never made the mistake of solely chilling together in these hangouts though. We would always be in a group, usually with a few mutual friends. It was never something we had agreed; it was just one of those things that was necessary to keep whatever it was we had in check. And god, was there definitely something.

Were the shivers that went through my body every time our arms inadvertently touched a symbol of something more? Was the pang of desperation every time she didn’t reply to my texts immediately a sign of mere acquaintances? I was conflicted in my answers towards the questions that perennially invaded my mind. Ironic, considering the fact that I didn’t even hesitate when she popped the big question.

The weekend before school started again after the hot summer, she asked me if I wanted to go bowling at Village Market, the hubspot for all the teenagers of Nairobi.

“As like, a date?” I pondered over the phone, heart beating too fast and palms sweating too much.

“...yes? Like...duh?” her annoyed voice reflected an undertone of hurt. I suddenly felt extremely abashed. We had been secretly dating for the whole summer now, which was two months, and I still avoided actually going out together hitherto. My excuses were always so bad, I was surprised that she hadn’t dumped me within a week. I suspected that deep down she knew I was still paranoid about the whole thing, especially since I lived in an African household with traditional African parents who would probably send me to a Christian conversion camp without my volition. Not that they would suspect anything in the first place. They knew Eesha and I were good friends. Nothing more. They knew nothing more.

Nairobi is a multicultural place, and all the highschools have a mix of local and international students belonging to the much moreopenminded Gen Z, so I wasn’t worried about how they viewed us. The real problem was that being gay was still a taboo in Kenya itself, and the older generation would definitely not approve of us. I knew that if they caught Eesha and I doing anything more than your orthodox pair of best friends, it would turn into something ugly. They would turn something beautiful into something ugly and I knew this. I knew this too well because I had been thinking about it ever since we officially became a thing. I knew this the whole way to the Bowling alley. I knew this while I walked toward the booth where she sits, surprisingly neatly clad in a black tank top with thick spaghetti straps, dark blue jeggings and a heavy dark green jacket with roses on the back. She looked absolutely stunning, and I felt underdressed in my plain t-shirt and even plainer jeans. I knew I should have gone with the ripped ones.

It was the latter half of our first real date, the date I had said yes to. I knew about all the repercussions, and all the gossip surrounding us when we got back to school, but I figured it was fine. It was fine because Eesha was worth taking a shot for. She was worth being my true self for.

I slip my hand into hers, suddenly not worried about a thing at all. It’s warm and a bit sweaty, just like this moment.

So we sit, side by side, holding hands. Definitely holding hands illuminated by the neon lights flooding through the windows of the bowling alley. 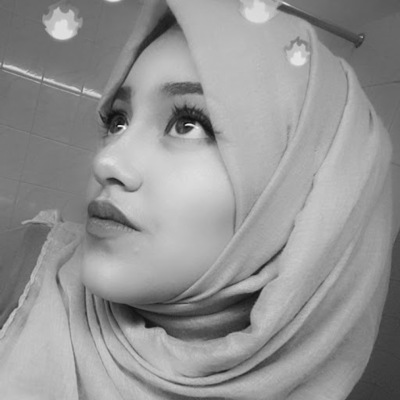 this one got my eyes glued to the screen😍 🥵 the way I was wishing for a 😚. Well done👏

You perfectly captured the awkwardness and excitement of the first date! So many feelings I can relate to! And I love how you added the details in the story to add to the fear in the atmosphere. Very well executed! Some of your words are a bit jumbled by the way, just needs a few editing tweaks

Haha thank you! Thanks for that feedback too, I'll make sure to look out for those mistakes next time :D