He has that quality to face situations squarely, and when finished, whether in triumph or disaster, can start anew, like the quote of his favorite line from Milton’s poem:

His attitude is… somewhat strange. When asked, at the playground where coaches are looking for students to teach:

“Hey! Are you a good Tennis player?”

“I don’t know,” Henry said, “I haven’t played Tennis before.”

I was surprised. Not the standard answer. But it’s just a simple truth for him.

It took some time before I realized how strange he was. It all started with a simple job he undertook.

Now, in school, we had ample free time. In one of my wanderings I saw a poster:

I went there, expecting to see him. I saw him on the tracks, being briefed by the school editor giving instructions: get a full shot of all the participants, get the starting shot, get a shot when they are running, get a shot of the winner, try to get close for a shot.

Then he ran ahead of the runners as they were running. For a front view. Click-click.

Then he ran ahead to the finish line to get a shot as the winner crossed the line and those that came later. Click-click-click.

The spectators went wild. With laughter. Not for the winner, but for the photographer.

Unfortunately he was fired after that. The official explanation was that it made the Athletic Association look bad. However the editor did say that those were nice shots.

He didn’t complain. Just nodded and went away.

He was weird. But my kind of weird.

After we graduated, he was looking for a job. And he saw a poster:

I had my own job after graduation. Henry and I kept in touch and continued to meet. We became regular patrons at a pub. Going there I saw the poster and Henry at the bar in conversation with his Supervising Editor.

As far as I can understand it the job requires that he: stay on the job round the clock with the celebrity, get picture of where the celebrity is, who she meets, where she goes, what she does, that sort of thing.

I told him it’s a fit for you, knowing how he goes about his photographer jobs.

Not much later I heard the news of what happened afterwards, and some first-hand account from him.

The celebrity, Jennifer Hathaway, was having dinner with a date at a plush restaurant.

As Jennifer and her date were waiting, a big car drew up, a man from inside forcibly grabbed and dragged her in. The man shoved Jennifer’s date which fell down, and the date couldn’t do anything as the big car pulled away.

The man was big with tattooed arms and a sinister mien. You can see it in the pictures that Henry took.

The Celebrity was getting away! Henry had to follow on his bike. It’s one of those Super Bikes, muffled to make less sound.

Henry, without being noticed, easily followed and the car entered an automated garage at an exclusive apartment. Fortunately, another motorcycle was coming in and Henry came in also. The biker noted that Henry didn’t check in, but saw the Super Bike, made a thumbs-up, and left.

Henry saw where the elevator stopped. So he made his way up to the only balcony. Henry can climb the stairs fast, as the track event demonstrated, so he arrived first.

When they arrived the tattooed man sort of pushed Jennifer inside who fell on a cushioned chair.

Jennifer was at first defiant, and soon became afraid.  You could see it in the pictures that Henry took through the balcony. Good Zoom equipment!

Jennifer was crying for a while. My heartless comment: Great picture! The kind that tabloid magazines want!

After a while there was a knock at the apartment door, then a crash as the door opened, then the police came and arrested the man.

The police have been suspicious of the man for some time, and coupled with the description of the suspect’s vehicle the authorities acted, and caught the perpetrator in the act, so to speak.

Here are the results after the incident:

The police confiscated the data for evidence so the publishers couldn’t show it in public.

When asked why he did not inform the police immediately, Henry answered truthfully: I didn’t think of it.

Again, Henry was fired. The explanation this time is for not following ‘safety and protection protocols’ for himself, the celebrity and the authorities. And again, he didn’t complain, and just left

Actually, it didn’t hurt him. Henry, with a generous allowance from financially well-off parents, doesn’t need to work. Just look at his photographic equipment. Look at his expensive Super Bike. You get the picture.

We could spend time just hanging around and playing games if we wanted. Or rather, he could, because I had to work for a living.

With a history of failures, or what the world considers failure, Henry went on his merry way. His failures are the type that comes out of not dotting the “i’s” and crossing the “t’s”, mere piddly stuff, but he was meticulous otherwise, especially to instructions. Too meticulous for his own good, I think. And he had many of these misadventures.

In one of our pub visits, I started to ask him what he plans to do with his life. I was getting serious with a girl and naturally I had one in particular with whom I would like to cook dinner with regularly. I was planning to get engaged and I asked him what he thought.

“I don’t know. I haven’t been engaged before. Have you?”

It was a typical Henry answer: honest, and somewhat heartless. He has lots of girl friends, but no particular girlfriend. The conversation turned to other topics.

“See you next week” I said.

We went our separate ways then I remembered I left my hat at the counter. Turning back I was getting my hat when I saw the poster:

A month or so later, he was back, with some pictures. We were having a talk in his apartment, and I knew it would be about his adventure. I was right.

And boy, does he have pictures!

From his flight from Los Angeles, stopping over in Hong Kong, then to Tribhuvan International Airport in Kathmandu, Nepal.

Then to the Everest Base Camp, and on to the Mt. Everest trek itself.

One of the climber’s rope broke and he slid down the face into the unknown.

Henry immediately slid down with him, holding, of all things, a camera! His vintage Cannon AE-1 camera!

The climber stopped his downward slide for a short hitting a snowy bank before continuing to fall. By this time Henry passed him, clicking all the way, and when they were together Henry pulled him to the side and they stopped. On a rocky ledge. About half a thousand meters from where they fell.

The look of sheer terror of a man falling to his death was captured perfectly. But Henry wouldn’t publish it. He said it was undignified. I would think so, too.

When asked why he did it, sliding down, he said:

“I saw the ledge, and the fall was heading in the right direction. I knew the ledge would stop our fall. And I couldn’t resist a real reaction shot.”

Henry got a medal from saving a man’s life. And also … wait for it…:

Henry got fired from the expedition.

For “reckless endangerment” to himself.

We were still talking about his latest misadventure at our pub a few days later. It was clear to me that Henry was operating with a different standard of procedures.

Take for example his being fired numerous times. I felt that Henry could have questioned the decisions, and with good cause. But he never did. He listed to the decisions and accepted it. And never voiced any regrets.

Weird. But my kind of weird.

A few days later, I was looking for my game console. I remembered I left it with Henry. So I called him.

“Can’t you just bring it with you?”

“I’ll be out for a few days. I’ll call the caretaker to let you in and get your console.”

Feeling somewhat miffed, I went to his apartment and got my console. When I lifted it up, it was sitting on a poster:

Oh, well. Now I knew where he was headed. 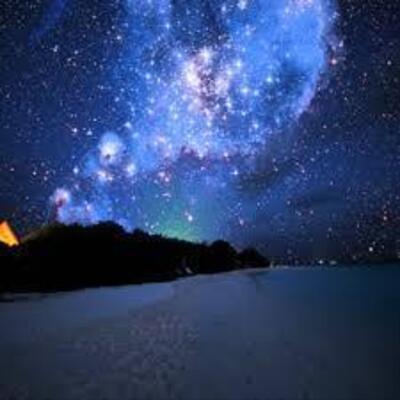 Quite the interesting experience; Henry seems like a fun guy to be around. The use of perspective is quite interesting: using first person to describe someone else’s life, yet having moments within be told as if described by the one in the scene. You could maybe say that that was just how descriptive the pictures Henry took were. Repetition was used well. Overall, reading this was an interesting experience.