What to do with this expanse of nothingness?

The most unexpected part about being immortal was how much time I suddenly had. I sound insane, I know, because immortality surely exists only as a function of infinite time, but what I mean is that I hadn’t before realized how much time is wasted performing life-sustaining tasks.

Eating. Sleeping. Earning money for food to eat and a place to sleep. When you’ve been remade so that you’ll never die, all of that just fades away, and you find yourself with an almost unbearable amount of time. What to do? What to do with this expanse of nothingness? I decided to learn.

Everything. I learned everything. Being unable to die doesn’t suddenly give you super-intelligence or inhuman abilities the way they pretend it does in the movies. It doesn’t perfect you. But it does give you enough time to strain against your mortal limitations, and to learn even those things that would take your average genius thousands of years to wrap their head around. I started chronologically, learning everything we knew about the history of our world. At surface level, and then deeper, reading every book, or poem, or letter ever written. I let it all melt together, informing my subconscious mind. I watched every movie, then every tv series, then every home video I could find. It took me forever. I had forever still sprawled out before me.

I learned every human theory, from science’s conception in philosophy, to the craziest conspiracies of the modern age. I proved some of them right. I proved most of them wrong. I thought through every conception of what it is to be human, and what the meaning of life is, and how anyone could possibly come to terms with their own futility. I spent lifetimes pondering the fact that nothing matters – which is to say that everything matters, equally. I tried to figure out the purpose of sentient life, as many had before me. Like them, I couldn’t find any satisfactory answer. I decided to wait for God to show its face, that it might account for giving us so little time.

I sought out beauty in art, and spent centuries simply listening to the evolution of music, thinking that even boredom was sweet with a beautiful soundtrack. I spent millennia more, developing every skill of human curiosity. I learned to play every instrument, though I never did quite master singing, and I learned the steps to every dance, though my body never learned to move quite as beautifully as those to whom dancing came naturally.

That is to say that I learned everything, absolutely everything, except for how humans thought the world would die. I hate it when a good story is ruined for me, you see, and the whole point of my immortality was so that I might have the gift of finding out how this one ends.

There’s no point in questioning me on the how of it all. I don’t know how I gained the gift of eternity, any more than I understand how I can still be here, now, after all else has ceased to exist. All I remember of it (vaguely, more a faint impression than a clear memory) is lying on a lawn that I foolishly called my own, looking up at the sky, thinking how unfair it was that I didn’t have more time, and wishing I could live long enough to see the bigger picture. So that I might have the privilege of watching the universe expand, and implode, and die. So that I might be afforded some small closure on the great, over-arching story of everything that ever was and ever would be. I just wanted to stay alive long enough to see how the story ends.

Well, I got my wish. I got to love a hundred billion people, and all their children, and watch them all die. It never got easier. My tears have learned to stain my cheeks permanently, and still they pour. I got to watch the earth’s magnetic field flip, and see comets return after thousands of years. I saw sea levels rise drastically, eradicating cities and sometimes entire countries; there was another asteroid impact which wiped out civilizations. The Sahara Desert became tropical, a super-volcano erupted, and our footprints faded from the moon. Massive stone monuments eroded, and Mars’ moon became a ring even as Saturn’s rings vanished. Earth saw another super-continent devoid of plant life, as the sun’s rays became too hot for photosynthesis. Entire oceans evaporated. The sun expanded, expanded, exploded into a red dwarf, destroying earth. I felt it, with every fiber of my already decaying physical form. Heat. An unimaginable, burning heat – searing pain across my long-forgotten skin. Still I waited for a death that never came. Still I waited for a God that would not show its face. The sun died, and I was left formless, seeing – for the first time – our galaxy in full. And suddenly I was cold. The only thing left to feel; an empty, sapping, enveloping chill. The ice of outer space.

All the stars I once watched from a lawn I once thought to own (as if anyone can really own anything) – they all died. The universe did not end with a bang. You know the rest.

The age of starlight came to an end. Still, I was left waiting. What to do? What to do with this expanse of nothingness? I simply drifted, alone in a cosmic boneyard, grasping uselessly at the remnants of once-great beacons of my night sky. I was ejected, alongside all the corpses of stars and planets, out into the freezing void, doomed to watch my galaxy (as if anyone can really own anything) as it got sucked into its own black-hole. I saw smaller black-holes swallowed by larger ones, the universe devouring itself. I still don’t understand how it happened. I wish I’d learned how scientists explained the death of the universe. Perhaps I wouldn’t want to see how it ends. The universe kept expanding. It ripped itself apart.

And now nothing happens, and I suspect it will continue to happen for eternity, and I with it. Still, I know that I am waiting. For you, perhaps, to join me, so we may find something to do with this expanse of nothingness. Or for God, to finally show its face. 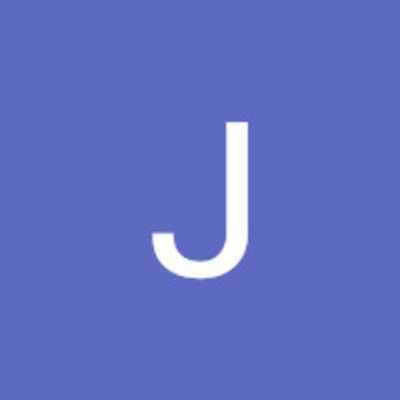