I must have been smiling. Or laughing. He smiled back at me, touched my hair, and collapsed on a chair. He spoke French fluently but interpreted it with fervor as though it mattered. He said, "Que pensez-vous du mariage avec moi? What do you think of marriage with me?" I did not reply to him in French nor did I let him know that it mattered. I smiled at him. I could not answer.

He whistled a tune until the light came up and when it did and it was bright enough to warm our hearts, he asked me the same question. His French tore out from his lips like a broken neon light, blinking hard and fast. And he did not interpret for he knew I had an idea. In English, he meant, marry me, Abigail. In my head he meant, I love you too much and want to stay a while if you let me. That was marriage enough for him.

His smile was bleak like a half-remembered nightmare and his hands were cold as that of an October's bar fight but he looked at me with eyes that stole a century out of my existence. He looked at the old ugly scar that still ran down my belly after all this time and he looked on, longingly, intoxicated by the arrogance of the awful flaw. That was love enough for him.

His voice was distant, almost restrained by flickering doubt. His French was horrific like he'd just forgotten about his years and maybe decades of practice. He looked worn, afraid, lifeless. He looked different.

I walked to the window but indeed I must have crept for he was sure he hadn't heard me. I pulled open the window to stare at a woman walking a dog. I ached to be just like her, freed from the burden of love for a man who made me blush and wish forever was comfortable enough to handle my obscenities.

I turned to look at him. His eyes were downcast, all trace of a smile gone, peeled off like a star in the morning. I watched him for a minute or maybe two but who really was counting? He turned away from me and helped himself with a glass of fine whiskey. It wasn't cheap, I knew. But I wanted him to taste it, to feel the hot pain searing into his chest, burning his core.

"I am a fool, really." He didn't use French and I suspected he had really forgotten. His English wasn't magical, sounded foreign to me but it made so much sense to me than my many trips to a country I barely remember until they come up in war stories.

He marched away from me. I heard glass shatter and a growl, low yet terrible. I felt pity, remote. Someone in blue with dirty eyes that shoot like fireworks had once told me to dream until the word became too dim. The woman who said she was my therapist and who I paid too much to tell me otherwise, had made sure I knew how to dream with regrets packed up like wrapped handkerchiefs. It made it so easy to pity the man in the foot of my staircase, aching and shaking and burning with a fever so delicate.

My doorbell rang then. I went to the door, hesitated with my back against him. He must have looked up at my slender frame and the sophisticated hair on my head. He must have tried to tell me something about the way I made him feel. I pulled open the door. A man was there with a smile only he understood. He did not look at me for more than a second but after he left, his gaze lingered in the tip of my tongue.

"Qui était-ce. Who was that?" His French was back yet broken up like a drunken soldier. He was on his feet in a minute and his face was contorted with pain as though he was more dead than alive.

"Don't you want to marry me, Abigail?" His voice was warm.

"Let's talk about our trip to London. Do you miss it there? Do you want to go back?"

He stepped forward then tumbled back like a stammering idiot. He looked at me like I was the devil and when he tried to speak, I turned away.

"I want to marry you, Abby. I want to spend the rest of my life cradling you in my arms and telling you about the stars in the sky and butterflies at noon."

"Talk about London for a while."

Stalling was what he called it but he settled on a chair and as low and uncomfortable as it was, he talked of a tale we both knew. And like matchsticks, he seemed to ignite a spark of memories that were both beautiful and annoying. It was in London I almost froze to death, alone and beaten down with rage. But it was London which welcomed me like I was a part of its existence.

"Do you think it would have mattered if Yvonne had not abandoned that child? She is your sister and all but what good would that child have been? He was already half dead."

"Pourquoi insistez-vous pour changer de sujet? Why do you insist on changing the topic?"

"I want to know everything. So tell me, please, what amuses you still?"

He shrugged. A dog barked its lungs out and down the street, way past the bar with men who have wives who still cheat on them and past the salon where the women with unfinished business sit to gossip about the men who they think are the fathers of their children, a man laughed into the sunlight.

Odd I would think about the sunlight and London and men and women who don't know me and not talk about him. But I did not tell him.

"Why did you ditch school at twenty. They tell me you were a bright lad."

"I don't think I could have risked it. I'm good now, turned out great, earn enough money to travel to Africa."

"Keeping your money aside, do you sometimes hate what you did? Dropping out of school?"

"Why does that bother you now?"

"You love books right? I should be a writer in my next life."

"Tell me, Abigail, tell me now. Do you want to marry me?"

Life, as big and as important as it is, will revolve around the choice of silence for a question hardly forgotten. His question took me by surprise and for a moment, I missed a heartbeat. I felt faint.

He walked closer, his interest swollen by my shivering frame. He pulled me to his chest and he smelled my hair. He said, "Still so perfect. Smells like summer and everything in between."

He let me go. But the question was still on. It was as though he was asking me what do you want, Abigail?

I did not say anything.

"Is it because I dropped out of school? Is that why you ask about it? Do you find me unworthy?"

"Oh, but you can be whomever you want."

"Tell me that which scares you."

The answer came willingly enough. "I am burdened by forever. It sounds too much for me. I love you, you should know and marrying you would be okay if it doesn't have to be forever."

"Technically, no one gets close to forever. I would be lucky to get to eighty."

It was funny. He made it so.

"But that's beside the point, Abby. Saying forever means that you love a person so hard you want to keep basking in the love. It grows stronger."

"What if in a year I feel I want to quit? What if in three years, you'll say you regret us? What's going to happen then?"

"This is going to happen."

He covered my mouth in his and we kissed and forgot about a year or three years. After which he hugged me and said, "Epouse-moi et nous parlerons de demain. Marry me and we will talk about tomorrow."

I must have been smiling. Or laughing. He smiled back at me, touched my hair, and collapsed on a chair. That was love for me.

Such a heart warming story! And it really kept the suspense whenever he continued to ask her the question! 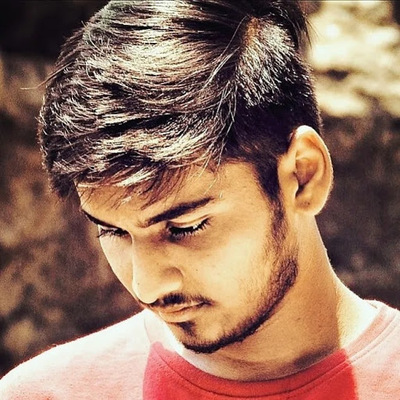 Well written. Kept me hooked till last word!! Loved it! 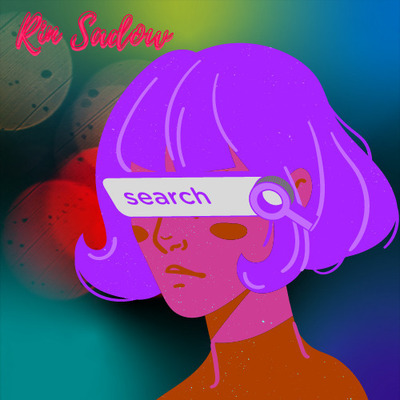 You put unspeakable feelings into words. I really enjoyed reading this :0

Hey, Abigail Your story was recommended to me by the Critique Circle, and I really enjoyed it. The suspense kept me on my toes and the emotion between the two lovers was inspiring. Your descriptions were on point and the story was narrated well. Good job! I look forward to reading more of your stories. Kelechi

Thank you. I am a Nigerian, Kelechi. Does my name sound like one? Most people don't know that though. Thanks again for the wonderful comment.

You're a Nigerian? I was suspecting that, because your surname sounded Yoruba. However, I didn't want to get ahead of myself. Your story is even really good. So good that I didn't even think you were a Nigerian, because most of us here don't write well. Unless you're not living here, though. I'm glad to have read your story and once again, great work. I really enjoyed it. Keep it up and make us proud! :)

Wonderful story, as always your descriptions amaze me :)

I loved this story! So romantic! I've noticed that in your writing, the genre of love seems to suit you! Keep on writing!

Thanks. I'm trying to work on those kind of stories and I'm glad you like it 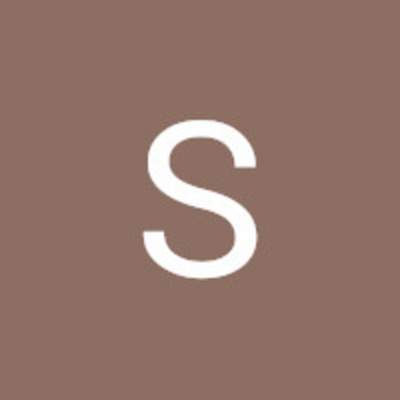 So beautiful. I loved it.

This is actually scary, but not in a bad way. We meet, fall in love, marry for so many reasons. Some are good, some are bad. The process presented in this story definitely brings out all the possible pitfalls. The ending surprised me. It sounded very autobiographical, but that is because of the thoughtful writing.

That was nice. Thanks 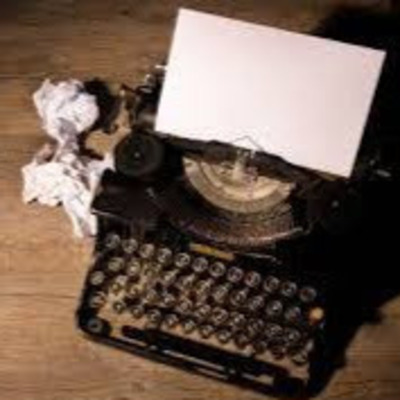 Beautiful, suspenseful. You've captured his drunken agony so well in persisting for her to answer the question. So many wonderful lines. I enjoyed it a great deal.

This is such a cool story! I really enjoyed reading it! I read it twice because it was SO good! Good job and stay safe! 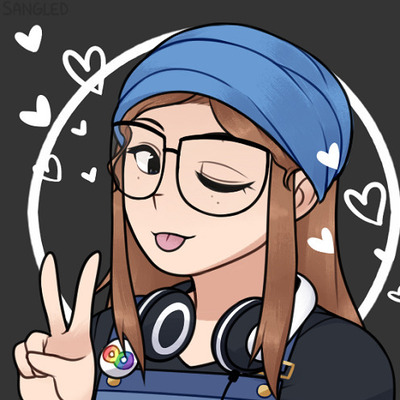 I like it :) (I speak french so i immediatly clicked on the story :)