“My life savings are wrapped up in that old guitar, Son. One day, she’ll be yours. Take care of her for me, will ya?” he said with a wink. Those were the last words Dan’s father ever spoke to him. Town folk rumored his old man was rich, but he never lived like it.

His dad and he never did see eye to eye. When he'd stormed off to college, they hadn't spoken until his father got sick. Reluctantly he went back home to see his dad one last time, hoping to get some needed money – something to get back on his feet. But all he received was his dad's old guitar. Not long after, his father died.

At the reading of the will, Dan hoped for a nice inheritance. Instead, he found the old guitar was all his old man left him. This is it? He sniffed. Crazy old man. He knew I needed money to pay off my college loans and credit cards, and all he leaves me is an old battered guitar? In anger and disgust, Dan spat as he slammed the door behind him. Throwing the guitar in the back seat of his car, he headed straight toward Ronnie’s second-hand store. With no remorse, he tossed the instrument into the donation bin.

Guilt overtook him on the long ride back to Kansas City. Dad was a hard worker, his thoughts nagged him. Second jobs wore his body down and got the best of him. As thoughts of his father niggled his mind, a familiar song began to play over the radio. Memories flooded back.

Sadly, Dad’s love of work didn’t pass down to me; but his love for music did. I played many songs on that beat-up piece of wood, he recalled. He gave me a love for harmony, rhythm, and rhyme. Dad called her Martina. Dan smiled in spite of himself. Yeah, Martina once was a beaut. Dad said she was one-of-a-kind…one just like Roy Rogers had. Dad inherited it from his father who was a factory worker in the 30s barely earning more than $34 a week. Grandfather passed it on to his son, who was now trying to pass it on to me. “Music’s a gift, Danny. Treat her kindly.” He remembered with regret his father's last conversation.

Weeks after the funeral, the spirit of the old Martina still plagued him. I threw her away. His father’s words rang in his ears, Take care of her; treat her kindly. It was his dying wish. All Dad owned…and I’ve thrown it away.  Dan couldn’t bear it anymore. Maybe someone bought it...but maybe, just maybe—someone hadn’t.

He traveled back to his hometown and found Ronnie’s second-hand store. Dan’s eyes widened at sight he saw in the window. The old Martina was on display in all her glory. His dad’s Deluxe Authentic 1930 Martin. He let out a low whistle. She was gorgeous. Her Brazilian rosewood glowed. She had been cleaned and polished. He breathed a sigh of relief.

“That guitar?” He pointed as he rushed into the store, now out of breath. “The one in the window?”

The lady behind the counter nodded, indifferent to his excitement.

The lady retrieved the guitar and handed it to him.

It’s his! Dan's heart pounded as he took the guitar and stroked the body. He fingered the price tag. $800? Choking on his spit, he struggled to remain calm. He took a huge breath, perched upon a stool, and strummed the familiar tune, Amazing Grace. Tears welled in his eyes. “Why so costly?” he whispered.

The lady tilted her head with a frown and ignored the question. “Sounds like you know this guitar.” She squinted.

“It was my father’s. I… ah…donated it a few weeks ago.” His eyes fell toward the floor. “I’m so glad it’s still here. You see, I made a promise to my father…” His voice cracked, “…but I can’t afford that price.”

The lady watched Dan rub his finger over the price tag, and was overcome by his emotion. She reviewed the price tag. “Oh! My! No, there’s a huge mistake here. Someone forgot to put in the decimal. It’s only $8.00. Might be worth a lot more – you’d have to check at the guitar shop."

Dan’s eyes lit up as he dug a ten-dollar bill from his pocket. “Keep the change,” he grinned as he hurriedly left the store. He headed down the street to pick up new strings, anxious to play it again.

The storeowner eyed the instrument as he rang up the package of strings. “If I’m not mistaken, sir, that’s a very rare guitar you have.”

Dan held it up for the man to see.

Dan’s mind whirled on the drive home. ‘My life’s savings are wrapped up in this guitar…treat her kindly.’ His father’s last words. His father had taught him how to play. Dad’s music. His legacy. I won’t throw his treasure away again, Dan promised.

As he removed the old strings, he thought he heard something rattle. He peered inside but could see nothing. He reached in as far as his fingers would allow and felt a small envelope. He tugged until it fit through the opening. One word was written on the top: ‘Danny.’

With his heart pounding and fingers trembling, he ripped open the envelope. His jaw dropped as he viewed its precious contents: his father’s lockbox key and a note.

“Dear Son, Part of your inheritance is your Grandfather’s guitar— she is a treasure, it’s true. She is yours to keep or yours to sell. The rest is in the lockbox. Be wise; work hard, and take nothing for granted. Remember, music is a gift from above. Treat her kindly. Love, Dad.”

Dan couldn’t believe his good fortune – one he’d almost lost. The next day, he went to the bank and opened the lockbox.  Amazed, he found another key to his father’s prize Ford Thunderbird, and yet another key to a vacation house Dan wasn’t aware of, a stack of bonds, and several thousands of dollars in cash. Tears of remorse mingled with tears of joy crept down Dan’s cheeks. His dad had left him everything he owned– his father’s life’s savings – all wrapped up in the old, beaten-up guitar. 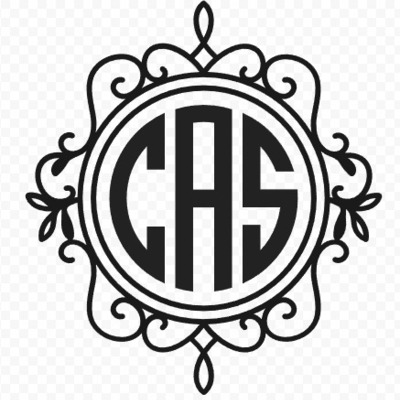