The Book of Dreams

Erin slipped from between the leaves of her book and into the midnight street.

She was late already - but for what, you must ask yourself - and she knew he would be waiting for her - but who was he, you must wonder - and they had little time left - but to do what?

Erin knew that lives depended on her.

Listen with her. You can hear a distant siren, the cry of a child in a tenement block, and the bark of a lonely dog. In the distance, weaving between the coal-stained factories, you hear a train rumble closer. Look now, where her eyes direct you. Can you see a furnace glow over the town, as if the earth has opened on a sea of magma? In its light, can you see the mill chimneys, and the steeple of a church? Can you see its weather vane saint turn a condemnatory eye on the ugly blocks of high-rise flats which scar the skyline?

Watch that plume of smoke rise in a charcoal sky.

Erin looked around. She was impatient. There was no time to lose.

She hurried down the street to the corner and thence into an unfamiliar landscape of warehouses and deserted mills. A tornado of dust glowed under a streetlight, and a cat sloped towards a low wall, where it paused to stare at her, its eyes shining insolently green. A man, shoulders hunched, slouched into the shadows, whistling tunelessly.

Was it him? Was that the man she was to meet?

No. She would know him when she saw him, of that she was sure.

And then, there he was, under the low lamp by a railway arch, his back resting on its cast iron post, one knee outstretched. He was wearing a fedora pulled low over his eyes and a raincoat, its collar raised against the idle breeze which even as she watched, stirred a crisp packet and flicked the corners of an old newspaper by his feet. Behind him an iron railing and brick terraces, blind and silent, gagged by the thickness of the night.

He struck a match and it flared momentarily against the cigarette hanging from his lips; then he discarded it, a microscopic, dying glow. The smoke he exhaled weaved a lazy message in the air, grey on black.

He eased himself upright and disappeared beneath the arch; he didn’t look back. Erin pulled her denim coat round her neck, sank her hands in the shallow pockets and followed him, comforted by the grip of the handgun she found there.

She would have to hurry. He wasn’t the sort of man to wait. She had to be tough if she was to earn his respect, and be part of his life. Her hand closed round the leather butt, cold in her warm palm, reassuring, terrifying.

Above her, the last train roared and ground its way towards the station. End of the line. Like the town, the streets, the deserted mills. A gasp of steam, a hiss of air, and smoke billowed downwards, reaching for her, bringing with it that distant, familiar smell of childhood holidays.

She paused. Someone lay slouched against the damp brick of the railway arch. He stirred and groaned and then fell silent. Another homeless man, he didn’t move or even glance at her as she walked past him, on into the empty street.

In the distance, the man turned another corner.

She was anxious now not to lose him. The streets were unfamiliar; this was a landscape she no longer knew. Behind her, the street where she lived, the park with its boating pool, bandstand and botanical garden, the streets where she walked, the primary school she once attended, and the familiar shops, the newsagent, the butcher, the grocer, on the corner of Marsden Road, had gone.

She was struck by a sudden fear. What if…? What if not…? She tried to move quickly, to catch the man, but her legs were leaden and unwilling to move. She dragged them forward, step by heavy step, howling with anger and anguish at their lethargy. They resisted, drawing her back, anchoring her to the reef of the road, as though they were drawn by some force at the earth’s core; and ahead, the road stretched like elastic, and the corner around which the man had passed, was far, far away.

Did she reach the corner?

She didn’t know, because now there were shuttered shops around her, like blind eyes in a blind street. She knew this town; she knew these streets and yet everything was as unfamiliar as a half-awakened childhood memory, an echo of what was, or might have been, a slipstream of uncertainty in which she was trapped.

Forward; there was only forward, because somewhere ahead of her, as the town expanded and spread like a virus, was the place she must be, where the man expected her, where lives must be saved. She knew the house. She knew the road. She had to be there.

The shops had gone. Just streets now, and the sea somewhere to her right.

If she kept the sea to her right, she would reach a familiar place from where she could re-connect with the street to which she was heading, to the house where she was needed, to the room where the captive lay, to the man who’s life she would save as she burst through the door and shot (between the eyes) the masked killer, the kidnapper, the fiend who tormented the streets of that neighbourhood.

Was that what was expected of her?

She hurried on, floating now, barely touching the ground as she leapt and glided – oh, such delight to be free of gravity, to have the streets disappearing beneath your feet as fast as sight. Oh, the joy of flight, the sight of rooftops, the bite-sized light-drops of the stars, like sparkling rain. Think of all the sleepers down there, tucked warm and close, soft-pillowed and breathing slow and deep.

Imagine all those dreams.

She could not find the road she needed, nor could she hear the sea break restless against the promenade defences. The roads were drawing her inland, away from her destination; and time sped onwards towards dawn, the fingers clawing the clock face, the light of a distant morning ready to stir.

Now, at last, a familiar street. A door, open, and a dull light breaking free. The man stood on the step, his head lowered beneath the brim of his fedora, his hands in the pockets of his dark coat. He raised his head and his eyes met hers. And he spoke.

She nodded and raised the gun to show him.

Once inside, as hushed as held breath, they trod the bare wooden staircase, step by step until, at the top where the landing turned left and right, they paused. He was hesitant now, unsure. Behind which door did the victim lie incarcerated? He pressed his ear close to the first.

His back to the wall, gun held before him, he approached the second, a shadow given substance. Then she, more substance than shadow, trod a creaking board, a sound terrifyingly loud to nervous ears, like a whiplash, like a ricochet. She gasped and drew in her breath and held it, her lungs a locked purse.

Voices emerged from the next room, muffled by the blanket of the door, sleepy voices stirred from some depth of sleep.

‘The house is old; its bones creak.’

‘Someone stepped on a creaking board. There’s someone out there.’

Erin imagined her – for it was a woman’s voice – as she swung her legs from the warm bed and, barefoot, her lower limbs revealed beneath a plain nightgown – rose to her feet.

‘In here,’ Erin hissed and, opening the nearest door, pushed the man inside. She stood, back to the wall, waiting, listening. The door to the other bedroom opened. Soft feet approached.

He raised his head and their eyes met in a glow of moonlight. A light draft from the open window flicked her hair, a kiss, nothing more.

‘She’s safe,’ he smiled and raised a hand to point.

And there, in the bed, lay a body, warm and breathing, lips pursed, a soft dream-smile on a rosy face, fair hair in waves on a white pillow.

Erin stirred, and the book slipped with a soft thud on the carpeted floor. Freed from its pages, her smile widened. Tomorrow, she would fall back back between its crisp, white sheets but, until then, she would lie in the warm glow of her dreams.

Her eyes grew heavy, and closed. Sleep drew her closer to its embrace.

The door opened and a sliver of light crept slowly over her. Someone stepped forward, came close. She felt their warm breath on her cheeks, and a hand stroked her hair. She stirred and moved, only half-awake.

She knew who it was from the gentle touch on her cheek, the soft kiss placed there like a flower or a remembrance, a token of something that bound them in the mystery of the night.

It was the man. 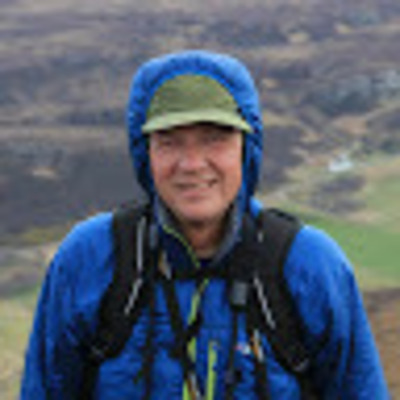 I really enjoyed your story, you have an excellent way of using imagery and description to make the piece come alive and make the reader believe they are there with the character.