Shadow of a Doubt

Shadow of a Doubt

I’d heard the rhetoric before. I’d see it on television how men in overly starched suits, wearing too much expensive cologne laid out phrases of words that hardly meant anything at all. I had thought I knew what to expect.

Now it felt too real.

He was a man, not much older than I was. Maybe twenty-five, a few years out of college working a starter job in an office somewhere that had business casual as the dress code. He kept tugging at his red tie as if he wasn’t used to wearing one. Even from across the room I could see the sweat that was beading on his hairline. He reached up every now and then to run long pale fingers through his blonde hair. He looked like the guy everyone knew in high school. The one who played football and had his heart broken by the cheerleader when they both graduated and she decided she wanted some freedom.

My eyes flicked to the large photograph displayed on an easel just to the left of the man. She had been lively, not strictly beautiful like a model, but you could see the life in her eyes even though the photograph. Her hair was brown and her teeth were slightly crooked. They had told us that her name had been Samantha. She looked like a Sam, bubbly and friendly to everyone. They told us she had been twenty-two when she died.

They told us that the man sitting there tugging at his tie had murdered her.

They told us that it was in our hands now, the fate of justice for Samantha and for the man who sat accused. His name was Weston, but everyone just referred to him as the defendant.

Dehumanize, make it easier to convict. The voice of my college roommate rang in my ears as the prosecution’s lawyer spoke about how the defendant had been driving drunk.

The others around me murmured under their breath and shifted uneasily in their seats as the lawyer detailed a night he hadn’t been present for. He told us how Samantha had been walking home from studying at the library, how she had chosen to cross the street as she always did at the intersection of Ash and Elm. The light had been red, the defendant didn’t even tap his breaks.

I swallowed hard against the bile in my throat. These were closing arguments, we had been at this for weeks. Winding our way through the testimonies of friends and family who sobbed as they sat on that stand and told the story of two young people who had, had the whole world laid out in front of them.

He made a mistake. The defense attorney’s case was built on that statement. Weston hadn’t been legally drunk, he had one beer after work with his co-workers. They had just landed a huge job. Everyone wanted to celebrate. The light went straight to red. She came out of nowhere. He’d stopped right away. He’d been the one who called the police. He’d sat with her and held her head as she died. He wasn’t a monster. He was a man who made a mistake. It was nothing more than an accident.

My stomach was twisted further into knots as the two lawyers spoke. The words warred in my brain. They were telling the same story, but the details didn’t line up. There was a shift in perspective as the two sides collided, each one wanted to be held as the absolute truth, but wasn’t how it worked.

As the defense rested the twelve of us stood up and walked in silence to the jury room. We sat around the table we had had lunch at for three weeks and for a few minutes no one spoke. We just couldn’t believe that the moment we had been hurtling towards had finally arrived.

The judge would ask us the question when we returned. She would look down at us, twelve strangers, from twelve different walks of life and she would ask us how we judged a man’s guilt.

I looked down the table to the foreman. He was a burly man who worked in construction. His hair was starting to gray around the temples. He laughed loudly and often. He started speaking and everyone was silent.

We reviewed facts we all committed to memory by now. We talked about things we had already decided. No one wanted to say it aloud.

What was a life worth? That was the question we were asking ourselves. What was Samantha’s life worth, what was Weston’s life worth?

Two words battled around my brain, deserved it.

She would never get those things.

Weston deserved the chance he had pleaded for, to go back in time and stop at that red light. He deserved to be free of the guilt he was feeling as he sat there with a stranger’s head in his lap. He deserved to go back to his job and his buddies. He deserved to kiss his girlfriend and to move into that house they had just bought together.

He couldn’t have those things now.

We all made mistakes, but we all lived with the consequences.

It had been an accident.

The word filled my lungs like air too cold to breathe. I choked on it.

Neither Weston nor Samantha was a bad person. The prosecution wanted a life sentence, they wanted us to say it was okay for Weston to go away forever.

A life for a life, eye for an eye and the whole worlds ends up dead and blind.

Did he deserve that?

The foreman told us we had reached a decision. The unease was pliable in the air as twelve strangers exchanged glances. I never wanted to be a judge, a provider of justice for those who sought it. I had never thought so highly of myself as to think I knew what was right and what was wrong in absolutes. I was a human being.

I made mistakes too.

We came back to our seats and the stillness in the air was unbearable. The only noise I could hear was the hitching of Weston’s breath as he struggled not to cry. The judge turned to us. She had a stern face, she always knew what was right and what was wrong. She was not distressed by our human world of gray.

“Have the members of the jury reached a verdict?” 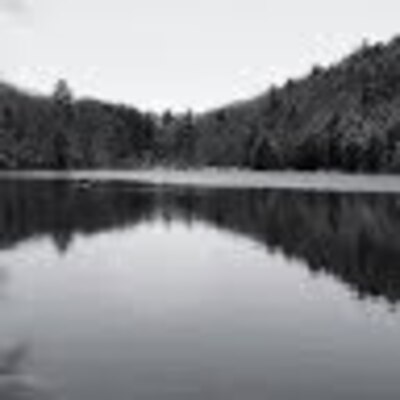 The monotonous tone you wrote this in really helped set the scene for this story! I could feel the narrator's guilt slowly overwhelming them! And what a way to end it as well! I especially loved the line "we lived a hundred shades of gray every day"! Iconic!