A Lifetime of Waiting

Jack scanned the dozens of arriving flights on the massive screen near baggage claim. Flight 5021 was listed as being on-time in bright yellow letters. His heart was pounding rapidly in his chest. He pushed through his discomfort, knowing that it would just be a few more minutes until he would meet his sister for the first time. Jack took a few deep breaths in a futile attempt to calm himself before he walked over to have a seat on a vacated airport bench.

Usually, Jack enjoyed watching others move about their day. He innocently wondered what kind of life they led. Everyone moved to the beat of their own drum, following their unique agendas. Today, though, the throngs of people briskly walking in every direction was just unwelcome noise to him. His thoughts were on the person who would, at any minute, walk into his life.

Jack recalled one of the conversations he had with his best friend, where his friend told him about an ancestry website. Charles had discovered that some of his early ancestors actually came to America on the Mayflower. Always the history buff, Jack decided to check out his side of the family. He purchased a DNA test and waited for the results to come in. His report arrived two weeks later. Jack was shocked to discover that he shared a close DNA match with someone in England. Skip forward a few months and Jack and Olivia were arranging to meet each other in Los Angeles. They decided Jack would make the trip to London, England next time.

Five minutes later, Jack felt his phone vibrate in his pants pocket. With a quick glance at the caller ID, Jack tapped the call button and pressed the phone to his ear. “Hi, honey.”

“Has her plane landed yet?”

“Not yet, Leslie. She should be arriving any time soon.”

“That’s wonderful. How are you feeling?”

“I wish I could be there with you.”

“I know you do. But you’ll meet her soon enough.”

Jack looked up from where he now stood, staring down at a light gray tombstone in London. The cemetery had few visitors today. He noticed a woman strolling through the labyrinth of tombstones. She stopped at a large rectangular one and knelt down to remove the dying roses and planted some new ones. As she stood to admire her decoration, she placed a hand on the tombstone as if she would somehow be connected with her loved one again. Jack wondered who she lost, what kind of life they led, how they died, and how long ago. For Jack, there was an odd comfort in thinking about the lives of others. It was a distraction from thinking about his own pains and struggles.

A cool breeze swept across the grass. It seemed to remind Jack why he was there in the first place. The woman in the distance starting walking away, going back to her life, a life unknown to any onlooker. He felt his gaze being directed back at the square block of marble that was nestled securely in the ground. He read the epitaph again though he had already read it several times:

You were taken too early—but your memory lives on

Flight 5021’s arrival suddenly changed from on time to delayed. Jack continued to wait for the time when Olivia would walk off the plane and into the baggage claim area. He thought about what he would say to her, how he would react. He remembered the pictures she had sent him and wondered if she looked as beautiful in person. He wondered about her family and how they would have reacted to the news of her realizing she had a sibling she didn’t know about. He thought about her husband Riley and their two kids in college. They were not coming on the trip, but he’d meet his new niece and nephew later. Thoughts filled his mind. Reality became blurry and soon he was lost in his imagination. Jack was filled with joy at the fact that he family was soon going to grow.

But when Flight 5021’s delay notice changed to cancelled, panic started to grip Jack with razor sharp talons. It started in his chest and spread to the entire airport.

Jack felt like he waited a lifetime to meet Olivia. He half expected her to walk up behind him and tap on his shoulders, telling him that this was all a horrible dream. But she didn’t. When the pilot of 5021 failed to accurately follow the established aircraft procedures, Jack and Olivia’s highly anticipated meting was cut tragically short. Jack couldn’t help wonder who else had their lives altered that day.

The tears began stinging Jack’s eyes until they began to flow freely. He no longer feared appearing vulnerable. The walls he built to protect himself came crashing down at this moment at the burial site of his sister, Olivia. Jack felt a strong arm that snaked around his back and pulled him in. Jack looked over and saw that Riley was also crying for the loss of his wife. Jack put his arm around Riley. Both men stood there without talking, grieving for the same person for different reasons. Riley’s daughters walked in from behind the two men with a fresh bouquet of flowers to adorn their late mother’s grave. In one last act of final respects, all four members of this new family stood together in silence, honoring the woman they have grown to love—some longer than others.

Riley dropped his arms and went over to hug his daughters. He gave at Jack a look that signaled he’d be making his way back to the car. Jack returned a little nod of understanding. When he was sure the Riley and his daughters were out of earshot, Jack whispered to Olivia behind choked tears, “Olivia, although we never got to meet in person, I’m so glad that we found each other. I love you, my dear. Rest in peace.”

And without another word, Jack slowly turned around and made his way back to the van where his brother-in-law and nieces were waiting for him.

It is a good story with a good concept, you have captured the emotions well and you certainly played more a showing card than telling to get the reader more involved which is good! But as Emili said, it is definitely a bit all over the place and confusing to read. Some suggestions: When changing times/characters, etc. I usually put ***** between sections which I find helps to add some separation Sometimes starting a story where the times alternate with the present day scene might work out better, even just one line that doesn't explici...

Crystal, I never mind feedback. As long as you aren't being intentionally hurtful because there are people like that too. I appreciate the suggestions. I might go back sometime and make some corrections! Thank you.

Yes, that’s true. It’s not nice when people do that. I usually try and always praise the good first then constructive criticisms. I’m glad it helped. :) 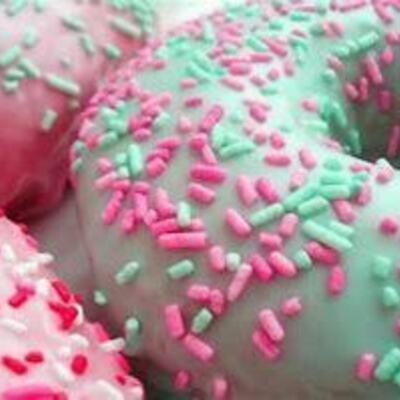 Beginning kinda reminded me of "Final Destination" cause I though this was a sort of premonition, ya know? But anyway.....lol This was so good! You could really sympathize with this character, but I must say that it's a little all over the place. I wasn't really sure what was going on at the beginning and I don't think you clarified well at the end. But overall I liked it! It didn't leave me hanging as much as your other ones did, but you certainly brought lots of feeling into this story. It made me think back to 9/11 and I loved the line "...

Thanks, Emili! To be honest, this one wasn't supposed to leave you hanging. I had a third story that was going to have one, but I couldn't finish it in time. But maybe there's another way I could send it to you if you're interested. Could you please tell me more about how it was a little all over the place? I really like the concept behind this story and I'd like to make it better. Thanks for your critique! Edit: Jack is standing in front of the grave of his sister Olivia in London after the plane crashed. The beginning is his memory...

omigosh I would LOVE it if you could send me the third story! If you want, I could give you my email? Because that'd be so amazing, I would adore it if you would let me read it. And as for clarification for the all-over-the-place . . .well, I just didn't get too much separation between what was happening in his head and what wasn't, ya know? But maybe that's just me, sorry. This is a GOOD STORY! Don't give up! All authors have to spit and polish (edit: sorry, that sounded less gross in my head). Keep up the amazing work!

Sure! I can delete the comment once you send it. No need to apologize. The point of this is to get more practice writing. I'm enjoying meeting new people and honing my writing muscles.

Lol it's cool! I gotcha!

I sent you an email! And to answer your question, I guess I started writing in high school, but I never wrote as frequently as I seem to do now.