He was once a man of anger

He was a man of provocative muscle with a burly heart. His hands as soft as whipped cream, his eyes as pure as water and his lips as ripe as a sweet honey-glazed cherry.

With skin like pearl and hair as wavy as life’s ups and downs. You could call him the British a chocolate bar Aero; his bubbly outer layer could never be shown.

His anger was one thing that kept him confided in a bubble of carbon dioxide. They say life is to be cherished, right? Well life is to be relinquished through inflamed affliction.

Nicks growl sent the hitches hastily stampeding out of the shop. Didn’t the news reporters have someone else to shadow? What happened to the Kardashians, Donald Trump or… or even Trump’s brother

He shifted through the aisle anxiously, he peered around perpetually for any ruse or group of spies. Once he met a placid and tranquil mind, he surveyed the pre-made meals before him. Rice and curry? Macaroni and cheese bake? He’ll go along with the sandwiches.

He rummaged through the unpleasant choices until a voice informed him, “Do you like cheese, tuna, sweet corn, veg?”

He whipped his head around in realisation, “Who? Me?”

“Yes you,” she said sarcastically in slow motion.

“Oh well, I like cheese and veg?” Nick said shyly.

“Here then. Catch these and pick any ya’ want,” the girl said and threw the sandwich, wrap and salad swiftly in turn.

She wore a striped white and green apron covered in patches and smudges of flour over her black work clothes. She also wore a tight net over her black curly hair that sprung out even though it was in a tight bun. Her smile was a million watts and her sarcasm was so rude that it kept Nick entertained. Nobody had this affect on him before. Girls never bossed him about, he was intrigued.

“I’ll take all three. Do you take tips?” He asked with an eyebrow raise.

“I do but the shop doesn’t… so… I accept.” She snorts as Nick eyes her in admiration.

Nick edges towards her.

“I don’t bite!” She laughs and yanks Nicks arm towards her.

He looks at her and chuckles whilst he hands over the ten pounds.

Nick chuckles and hands her the ten pounds in her hand, Flo folds the the crisp note in half.

“Here…” She says and puts it in his shirt pocket. Once in, she taps it with her hand. Her hand lingers on his chest for a moment, they keep their gaze for a few seconds until Flo breaks it.

“Well, it’s my time to leave.” Flo says and walks through the puzzle of aisles.

Nick stumbles after her but ends up in the cereals lane.

“Do you want me to check you out?” Flo calls from behind him.

He turns around and she stands right behind him.

“That’s why they call me Flo,” Flo says and clicks her tongue twice. “Come with me.”

This bulldog has been his companion in quiet moments and those blossoming of hilarity dogs bring. He has that look about him when he‘s puzzled, or excited or serious, all those emotions that are so similar to ours. He is Nick’s hot-water bottle in the middle of the night and the welcome wagon when he comes home. He’s Nicks best friend: Bouncer.

About three seconds later Bouncer leaps through the trees that line the path with a stick in his mouth. With those big brown eyes and his golden tail swishing like he just got all his birthday wishes at once, he knows what he wants. He wants that slimy stick thrown down the path, and not once, but over and over. The bark is going to leave brown flecks on Nick’s hands, this specimen fell from the tree some time ago and been rained on for some time. He wouldn't be too surprised if it snaps when it lands on the path. But he can never refuse Bouncer, he’s just too damn cute. So he curls his fingers around the stick and feel the cool dampness. He releases it at once and sits. As his arm wheels backwards he runs forwards fast and instead of doing what he expects Nick to wait until he stops and looks at him. Then he throws the stick back down the path behind him as far as he can and he hurtles after it. Nick walks all of six paces and he’s back in front of him, eyes still dancing.

“Come on Bouncer!” Nick shouts and walks in the direction of home.

“Hiya Nick.” Flo says and waves at him. “Who’s that little scruffy doggy?” She says in a sweet loving voice.

Flo lowers herself and rubs bouncer.

“This is BoBo!” Flo says as BoBo and Bouncer lick each others faces.

“Should we be doing that?” Nick laughs.

“Why are you always happy? Just… just how?” He asks.

“Why not?” She asks. “If the worlds gloomy, why should I?” She responds.

The drips of rain pour down just as she said. They chuckle under the gloomy sky.

The rain comes, oblivious to the life it gives. It washes the world, quenching soil and the life whom depend upon it. In either warmth or coldness, sunlight or moonlight, rain comes, humble to its role. In this almost-spring afternoon, it is the percussion to the birdsong and the bringer of brightness to every hue of bark and leaf.

The rain hammers down as if it means to beat the entire city into the sidewalk. People pass in frenetic chaos, everyone single minded for their destination - all except two people who have let their umbrella's fall to the wet street and be blown by the wind. They are bound in a kiss that is so tender the world should stop on its axis and take note of their love. Then they walk and in hand, the droplets beading their hair with BoBo and Bouncer walking side by side: giving each other side-kisses.

BoBo wedges Flo into the living room with all her efforts whilst Bouncer pushes his head on Nicks leg. Nick and Flo chuckle and stare at eachother. The same time on the date they met, wearing the same clothes.

“I’m still waiting on my tip.” Flo chuckles and rubs her neck.

“I’ll give you your tip.” Nick growls and pulls Flo forward.

He snarls in her ear and Flo feels fluttery in her stomach.

“You keep me so grounded, y’know,” Nick says.

Flo whispers back, “That’s what I do babes.”

“Babe? Remind me not to get you to read the news,” Nick says.

“I already did. They’re such liars aren’t they.”

“I’m losing my patience. Can I go for it now?” He snarls in her ear.

“No…. no… no…yes…no…yes…no.” She laughs until he hammers his lips down on hers.

BoBo yips and Bouncer moves closer and lifts his paw to hers. They reach forward and snuggle.

It's raining outside right now. That combined with the unique descriptive style made reading this like watching a movie.

Thank you and I can picture it right now:) Nothing like listening to the dancing droplets on the window while snuggled in the comfort of your book!

You have a great way with words, and unique and wonderful way of describing things. :)

Thank you! Gosh you are such a nice and kind human! Stay that way... do you hear me! We don’t have a lot of you these days☺️

That means a lot to me. Thank you very much! You're also very kind to say this to me. :)

Thank you for the follow! I love your writing. So captivating! I think it seems pretty similar to my own. Also, I would be extremely grateful if you could check out my stories. I'm always looking for ways to improve my writing, so I'd appreciate it if you check it out. Thanks! Best wishes!

Your welcome and thank you!! I’ll check out your stories too:)

Thanks. Tell me if you find anything I should work on/change. Thanks again! 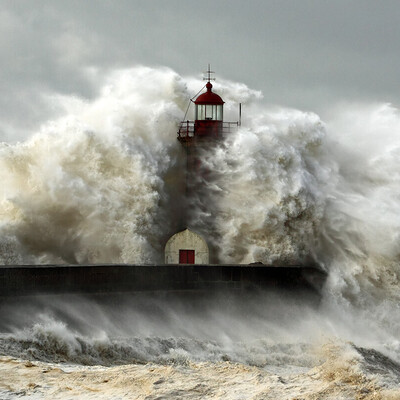 What a beautiful narrative! I loved the descriptions and dialogue, it made a wonderful and short read!

🙏 Thank you! I’m glad you enjoyed it and usually dialogue is the worst part of my story... it just seems so awkward to me😬 Thank you tho😊

This was an adorable story! I love how not only the two people fall in love, but their dogs do, too! In the last couple of sentences, sometimes you put Melissa and sometimes you put Flo. Just letting you know! Keep writing and stay safe! -Brooke

Thank you and another thanks for letting me know. I’m writing too many stories that I don’t keep track of the names!😁 Stay safe😷😀

You're welcome! I understand where you're coming from, I have trouble with that, too, sometimes.

Thanks for writing this sweet, refreshing story! It managed to make me smile in these times of stress :)

Your welcome and thank you! Glad I made you smile 😊

My favorite part of this story is the opening paragraph. I love the imagery you give. Really cute story 😊

Wonderful story, Bee! Your imagery and descriptions were really well done and brought the story to life. Amazing!

Thank you sooo much!😁

I love the imagery in the story! I could picture the scenes so vividly! Couple of grammar and tenses need editing here and there, including "he hand over the 10 pounds"

Thank you and thank you so so much for informing me of the grammar mistakes. You can tell I don’t proof read very well!:)

Don't worry, I have the same problem