The Sands of Santa Monica

The day is sweltering. Heat rises like gas from the sand of Santa Monica State Beach. My head feels like a helium-filled balloon, that is about to take off and climb into the winds of the Californian air. I was hanging around downtown Santa Monica for hours. Feet blistering, my grubby sandal straps cracking in the heat, when I diverted from my, up until then, meandering course. I had turned left, and that is how I ended up on the beach overlooking one of the most spectacular skies I have ever seen. It’s 4 pm and I stand alone in the middle of the beach crowds staring at the wavering line that separates sky and sea. It's not exotic, like the ones in Russia. The ones my grandma, babushka Nadia talked so profoundly about. The ones that guided her from early life to the end.

I find a place on the wall to perch and witness the change, in honor of babushka Nadia.

"Ah, mi malen'kiy Stasia." She would've said, cackling and pulling my head gently on to her bony shoulder. "You too important for journey that don't have end." Her language constantly switching between Russian and English. I spoke both fluently, but she didn't want my English to be ruined, with Russian intonations. She suggested she learn English, which was a mistake, as even now, all grown up, I catch myself switching between the two languages just as she did all those far off years ago.

She was a gypsy, my grandmother. An elderly Russian woman, with the hair the color of baby chicks and skin the texture of crinkled parchment. She was an Audrey Hepburn of her time. Stunning, in all those old photos, her smile was the kind that spread and infected others like a pandemic. Smiling, she was mostly seen doing when in her caravan, not that she was seen by others all that much, mind you. Her caravan named 'Rosita' painted in a startling periwinkle. That's what made her beam so much. Making a cup of tea in ‘Rosita’, walking around in flaring, silky, Russian robes made by her father, a talented craftsman, and looking at the skyline. The skyline was exclusive for her, memorable every single night and that's why she moved so much to track the sky.

She schooled me, fed me, clothed me, taught me everything. I'm not going to say she was a second parent. She was my parent. Once I asked her: "Babushka, Are you not annoyed, that my parents just left me here with you?" and then it was her turn to answer. She gazed out at the skyline and picked at her lower lip, which was slightly parted from her upper lip. Finally, she answered. "No, Stasia, I not like you say angry. Why would I be angry when I got mi little little Stasia. No?"

I feel that intractable flashback creeping up, the one that haunts me and I try to completely shift my mood, turning my attention to the full happy families that scatter, filling every possible inch of the beach. I don't recognize a single face and this makes me happy. That I can just watch, for once, instead of being part of it. I watch the children that smile so broadly that their miniature faces are at risk of breaking, front teeth missing, ice creams in hand. Mothers and fathers, who just can't help but be proud of the much younger, much smaller clones of themselves. Taking photos, in hope that in 50 years they will be able to show the photo album to their visiting grandchildren and say: "Boy, the times we had back then", just as their parents and their parents' parents had done before. That's what I love most about Santa Monica. Happy people, happy people, and more happy people. These people are just genuinely smiling, and just being... well, happy.

I end up watching the best things happening this afternoon. At 17:30 I observe as the guy that lies spread out on a blanket in front of me, suddenly get up on one knee and pop the question to his girlfriend, Martina. Half an hour later I watch as the 70-year-old man recognizes his best buddy, he thought he had lost in Vietnam. I watch as children and adults alike, make friends, eat food, laugh at jokes. I watch as they love and care and win and gain. I contemplate the concreteness of the situation. Is it a little too good to be true? A little too plastic? I guess, just because I don't have it, it doesn't mean others can't. I miss my Babushka, her miniature build was compensated by her massive persona. And she would've loved this skyline, especially its transition into the early evening.

Hours later I still sit. Unmoved. And then when I think its time to go home. I think: days over, Anastasia, life is ok?????? I hear it. A squawk. From my feet. Shit, shit. I look down and immediately back up again. There are about 10 birds. 'Calm down, Calm down.' But I don't dare say it aloud. Only in my head. I try the breathing thing, my therapist showed me. In-. And then I hear another squawk. I'm terrified. Shaking and almost crying. I can't stand it. I feel as though someone has reached into my chest and squeezed my heart tight. I can't. Oh god, I really can't. Their plump little bodies shimmy up to my ankles, wings flap so robustly, feathers tickle me. I'm paralyzed. Their beady little bulges that qualify as eyes shine up at me, their little beaks snap so vigorously. I feel like screaming. But I can't. Their claws scrape against the ground, sending sand flying at me. "Birds no good, Stasia." Babushka Nadia would tut. "they no friends to human". I try to think rationally, but before I know it, my head bangs against the front of the wall. The pain is unbearable my head screams. Perhaps, it is a figment of my imagination, but I hear a chorus of squawking and screeching, as my body hits the sand with a hollow thud.

The doctor had worked in this hospital for over 20 years, so it wasn't a mere understatement, that she was part of a group known as the seniors. The OGs. The real deal. Often, she prided herself on her achievements. Surgery, cancer treatment, hearing loss, sight loss, ....you name it. She was a fully able professional, considered one of the best kinds of people. She was happy that way. A middle-aged, tight, strict, scheduled human, that you couldn't help being thankful for her existence. And she was loved.

Nothing though had prepared her for the body of Anastasia Sokolov. She was found by an early dog walker known as little Rose Marie Higgins at 5 am on the sand just off the pier. She had been immediately rushed to the hospital and was x-rayed. 15 broken bones, 6 ribs, her wrist, both of her arms, her tailbone, 4 fingers, and her right hip. There was also a substantial amount of internal damage and damage to the left side of her brain. Allowing her to most likely forget who she was. Her body was a wreck. Cuts that went centimeters deep into her sallow skin and bruises that had become the color of mauve, plum and indigo with big deep gashes spread all over. Her body was twisted and turned and the look on her face was that of pure terror. Her black hair lay chopped in ribbons by her side. And she was cold. But her heart still thumped steadily in her chest.

The doctor couldn't help but feel protective over the younger woman. She couldn't think of what had caused the woman this pain or suffering. Another human perhaps? An ex-boyfriend? A crazy drunk? She couldn't imagine. What had happened she wondered, as she carefully began her examination, and extracted what looked like a black crow feather from the woman’s gripped right hand. 'Yeah, right' she thought nonchalantly to herself.

I've never been to Santa Monica, but based on the feelings invoked by your well-written description of it, I'd really like to visit some day! 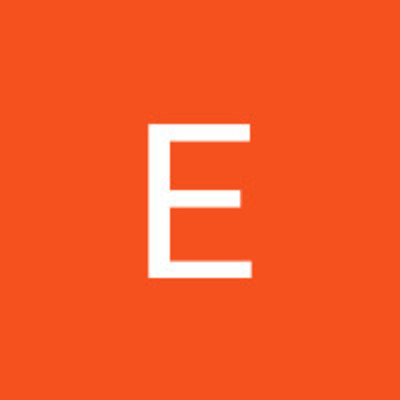 I think I have a character crush on Anastasia! She's such a cool character. I like some sentences in particular, like how the story started.

Haha! Love that I could make you feel like that about my character!!