Silence rested over the entire house as Mollie placed the reciever back on the landline phone. With trembling hands, she reached out to the gentle embrace of her older sister Jaclyn. Trying to find the words to convey the life altering attack stilled her voice for a few moments. Jaclyn guided her into the kitchen, saw that she was as comfortable as possible while putting on a teakettle of peppermint tea. Tears flowing freely, Mollie related that Ed her husband had been transported to the local hospital by their neighbor. Apparently, their charlois bull had gored him, their collie dog stayed in between them saving his life.

It was required of Mollie to give permission for the doctors to perform the lengthy surgery to sustain Ed's life. The sisters took a flight that delivered them at 3:00 a.m. at the airport terminal. A taxi went directly to the hospital and they waited two hours before Ed was transported to recovery. Finally, Mollie was by his side trying to make sense of it all as he tossed and turned in delirium. He cried out the name of their farm dog, Betsy. Mollie felt guilty for visiting her sister in South Carolina and leaving their Tennessee home in the hills. This might not have happened if she had been there.

They yearling bull had been bottle fed and seemed as tame as a frolicking puppy. Since his retirement at the mill Ed did what he loved most farmed the land in his family for seven generations. An early morning chore was to feed the livestock and then proceed to mend some of the fencing on the lower east side of the property. Mollie had been gone for a week and had spoken with Ed each day until yesterday. As a matter of fact, she expected a call this evening after she had called often throughout the day and no answer. The neighbor said their dog came to his house barking and scratching at his side door. The dog had blood on her muzzle and the fur on her neck.

Ed revisited this ghastly experience in his troubled sleep. The morning was clear, snow was still on the ground. Blades of grass were peeking above the unmelted snow as he carried two buckets of sweet feed to give the young bull. He was emptying the feed into the trough and knocked off his feet by the upswept motion of the hard horns. Thrown into the air, he gasped for breathe, landing on his back he stared into the wild eyes of the charlois bull. Betsy placed her body between her master and the young bull. She pivoted back and forth for an undetermined amount of time so that he could crawl out of the barn lot, up to the house, by the carport. This is where, Betsy the dog, lead the neighbor Jake to find the injured man.

The local newspaper published the lifesaving story of Betsy and her owner, Ed Cleek. No reward was necessary at all. This collie dog enjoyed possibly five years of living before Ed's death of lung cancer. My grandmother always thought the goring by the bull brought the introduction of the cancer that ravaged his body. Witnessing the love between my great-uncle Ed and his faithful canine companion, I think there was an appreciation for life that had not been there before. Betsy outlived her master, living her remaining years protecting humans as well as ducklings and chicks on the farm.

Angels may come in all shapes, sizes, and forms. My cousin, David, the son of Ed Cleek so thankful for this dog defending his dad, sought a replica. This as one might think is an impossible search. David and his wife Mary searched far and wide. The breed of dog is border collie with the heart of an angel. The search extended from Tennessee, to North Carolina, South Carolina, finally concluding in West Virginia. The search offered litters of puppies that in one location in Shenandoah, Virginia led the couple to the end of the trail as a scam. They mailed a deposit of one hundred and fifty dollars and the scammer received the money to a post office box number and continued contact. The scammers instructions to meet in West Hills Mall proved to be of no avail. As the couple desired to meet at their home and kennels. The long and lengthy search was nearly abandoned until a spark of hope revived it.

The recommendation of a friend lead them to a beautifully scenic farm in West Virginia. This was the second visit to the Mennonite home to pick up the two border collie pups. On the first visit, Mary and David had selected two females from a litter, paying a deposit to secure the chosen puppies. Upon the home going to their forever homes, they were greeted by namesake Betsy and Hope. The middle aged Mennonite woman had called the puppies by name since the day they were promised. The puppies wriggled out of the womans arms at the sound of their names and ran headlong into their new owners arms.

At their new home in Falls Church, Virginia the puppies will have a personal trainer come out to the farm to work with them. They already have a natural instinct to want to corral the ducks, and geese on the farm. The pups have eagerly approached the cattle, although this will all come about with time. For now, as the sun sets in the evening David and Mary are sitting on the front porch holding hands. Betsy is in Mary's lap and Hope is wriggling on the soft ground on her back, kicking all four legs in the air. That small dash between our birthdates and death dates are hopefully full of living. May we all be blessed with being fully engaged in the beauty, grace, and amazing wonders this world presents us. Angels are among us in all shapes, sizes, and forms. 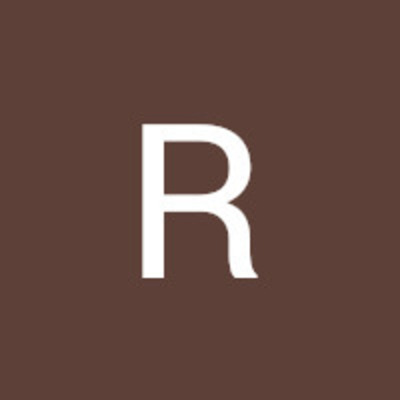 I love the message as well! However, I feel like it was hard for me to get into the story because I never really get to know the characters. I would also suggest editing for typos and passive voice slip-ups the next time you submit. I'm not trying to be harsh, but I figure that if you're submitting on a platform like this, you probably want feedback to improve your writing.

Thank-you for your constructive criticism. It is necessary to have feedback to be aware of areas to work on. I will definitely be mindful to correct typos as they occur, I did discover that when a story is submitted there is a limited time in which you can go back and edit your work.

This story has a really nice message!