It would have been long time that , I was separated from my families and just wondering , what they might think about me? Should they believed that I have died? Many question's kept me worrying.

But people outside the glass seems fascinated about the colour and beautiful body of mine . I was like living in water cage were many people and small children around the table would smile at me . Some kid's would come and feed me some of anacharis . It was same the usual day boring nothing to do much , just entertain the crowd . I never thought that one day , I would move out off the place forever .

It was on weekend the room was full of people chatting having food . One boy came close to the aquarium and suddenly without warning, without thinking, he just opened the slit and sniffed into it's water bottle and I was in there within no second . It was dark inside and made up of hard material which was smooth to . Inside was not comfortable I was juggling back and forth hitting the sheltering hard .I was not able to breath after and hour .

When suddenly the light appear and I was transferred to bigger bottle and transparent one . The boy look amazed and started to speak something which I didn't understand , it was like a mute movie was on display . The boy kept on the table he feeded me every well .

There were other two member's in hone must be mom and dad . I used to see them sometimes fighting, watching Television, complaining,yelling but alway's together. The secen's drifted my mind to my childhood we used to play hide and sick between the algae or kelp . We used to have lot's of fun but the feeling made me sick would , "I ever return to the home "

The hall was big enough many painting's, awards were hung on the magenta wall . Some type of sitting arrangement of evulated chusions like structure on which the could lie or rest .

One day it was long argument over something about me , I was worried surely they had found out , the boy had stoled it from hotel and they were going to give me back . The next thing I know was , I was soled to a grimy, with shine white hairs and wrinkles on faces man and he was carrying me inside a transparent and elastic material.

It took several , hour's to reach the home of old man , I was travelling in shelby GT 350 mustang with bright red colour. He kept me on small pond behind the backyard . The old man had many trees in backyard and they were a old and cheerful couple . The oldman had many visitors and had many extended families . This was the first time that I would had seen a clear sky and admiring features of the nature and experiencing climate change there were many friend's that I mad on the pond .

One day there were many visitor's on one particular day not happy everyone were quiet . I understood the oldman had died , I could only guess through noise and my predictions was confirm only old woman was there to feed us little left one's other member's on pond had died because of climate change . I lived one year on that same place experiencing every single sunlight ,rain and harsh cold weather

A girl came nearby pond and pick me in the transparent bottle she was young beautiful and had graceful appearance. I would loved to stay with you! She lived in apartment and was independent , she had lot of friend's and she like cooking and working .

She used to feed me everyday and taking care of me once agian . I was caged but I look more happy then I ever was she was tall browny hair's watery blue eye's . I surely would like to see her as mermaid but it was all in dreams .

She took me in the same bottle form which I was brought, to the seashore My mind was racing , I stomach gave a slid inside , The wonderful view kid's playing along the shoreline , and vast amount of water in front of me and far away a lighthouse appeared and I was to close to my destination and liked to dive in right now!

She kept me on the mat and went to play with her friend's , I only hope that somebody pick me up and throw me to the sea but no luck as day began to end . I lost all hope but suddenly people were moving quickly to the main land away from water something terrible might had happen were one looked worried and was crashing with everyone , I could not see her with that chaos . My bottle was suddenly kick into the air and the bottle felt down on the ground with more to kicks , I was floating on the sea water looked happy and nervous beacuse , "How I am going to open lid ?" The the waves were hard but by luck I was far away from shore floating restlessly and shaking my self badly inside somebody , open it please!!

I took two month's journey , on the day I departed from shore, I was sure the problem they faced was of shark , It's one of the most dangerous species for human's . I gave thanks, to shark in my own mind . The weather got worst as , I drift deep into the sea the thunderstorm, lighting and some of the cruise passed by me .

At last reached the shore of island a boy picked me up and opened the lid and then the most wonderful day of my life had come , I lipped form the bottle ensuring the all power I had out of the bottle, I hit the sea water with a splash of water into the sea and got speed and I was far enough out of anyone's reach ," What a wonderful escaped?" I felt relief, after so long effort I made my life! 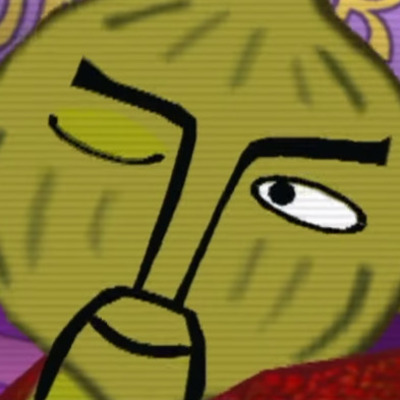 I really enjoyed reading this:) I will say that there are a noticeable number of grammatical errors, mostly involving tense and run-on sentences, but aside from those, it was entertaining to see where this story went! It felt like reading a classic children's book.

I love your writing style! It's so descriptive, so elegant! I was hooked from the first paragraph and found it so easy to delve into the story!