I do not understand what happened exactly. I just know I am dead. I have theories, but it still does not make sense. Possibly after I tell you my story you can help me. Here is how it went.

Here is something you should know. I was not a stray dog, nor was I neglected or abused. I was a perfectly healthy dog with a loving (human) mother. Maybe we lived in a small apartment and I did not have the biggest space to run around. Yes, that is true. But I loved it there with Mother Katy.

Mother Katy was a rather average woman. Average height, average weight. But she had the brightest blue eyes and pink hair. Her pink hair was, of course, pink, but it was beautiful, and calming in a way. Mother Katy’s hair was calming because it showed me that Mother Katy was brave and feisty against the rest of the world.

I joined Mother Katy’s home when I was 6 months old. It was during the summer, and Mother Katy was a teacher, so for my first 3 months with her, I got to spend all of my time with her.

She always took me to the park, and I got to meet lots of new dogs. But they mostly just sniffed my bottom, whereas I was not very interested in sniffing theirs.

I think that I would be 7 years old now, if I was still alive. I think this because I was six years old when I died, and Mother Katy had been telling me “Get ready for your birthday! It’s soon!” the week before.

She had also been having this man come over. His name was John, Uncle John is what Mother Katy told me to call him. He looked like a man that always had his nose stuck in a book. But he wasn’t, and I found that out quickly enough.

The first night that Mother Katy had him come over and hang out with her, the second he walked in, Uncle John walked over to our fridge and pulled out a beer. Every time he finished one, he would go and get another. Mother Katy just drank a couple of glasses of wine.

Now, you may think that by how I’m describing him, Uncle John was a man who had tattoos and had an annoying laugh and told jokes that no one understood nor liked. No, you have gotten Uncle John all wrong. Uncle John wore a sweater, jeans, and glasses. The only thing that would hint to you that he was a crazy man who drank lots of alcohol was his breath.

If you were two feet away from that man, you would still smell the alcohol. Even in the morning. In the daytime. In the night. No matter when you saw him, you smelled him, too.

I have two theories of what happened to me, but one of them is a crazy one. One of them is that Uncle John killed me. Most of the time he would stay in our apartment until 11 o’clock at night, so I would already be sleeping when he left.

Let’s say that I was sleeping, and Aunt Katy went to the bathroom. We had sharp steak knives in our kitchen. If a man had a deep hatred for a dog, do you think he would do it? Exactly.

You may be wondering why Uncle John hated me. He hated all dogs, so when he found out that Mother Katy got a dog...That was even worse for him.

My second theory is that I already had one of those bad cancer things in me, and we didn’t know. So, one night, it attacked me and it won. But like I said in the beginning, I was a perfectly healthy dog and never felt sick.

After my failed attempts of feeling anything, I knew. I knew that I was dead. But I just wasn’t sure how. I just let my mind wander for a moment, that is until I felt something. Something lifting me up.

The next thing I knew, I was standing on all four of my legs in the middle of a field with a whole bunch of other dogs. I was in Heaven. I started running around and around, looking all over the place. All it was was a field with flowers and other dogs.

I walked up to one of the other dogs and barked. She barked back and we raced from one part of the field to another. We went on like this for a while, until another dog barked at me and I went over to him.

We raced, and then another dog barked at me. We raced. This went on for a long time. I never got tired, but after my tenth race, I laid down anyway and took a nap.

When I woke up, I was in another place. This time I was in one of those dog obstacle show places. There were little obstacles everywhere, and the dogs that I had raced with earlier were there, too.

We played together, and while we were taking a break, I realized something. I would never see Mother Katy again. She would never see me again. Then I felt dizzy, and all of a sudden the world was spinning.

When the world stopped spinning, I was in Mother Katy’s small apartment. She was drinking wine again, but with someone else this time.

I heard Mother Katy call the woman she was drinking with Kiley. I immediately thought, Friend Kiley, and smiled. Mother Katy was missing me, and I was missing her, but we would both be okay. 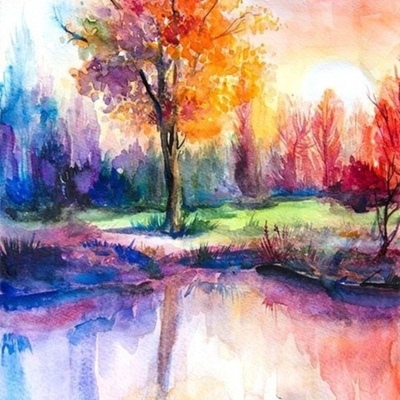 Thank you for the compliment! I will definitely read your stories and give you feedback! (I already followed you.) Stay safe out there in this hectic world we're in! -Brooke

This was such a heartbreaking story, and I love how you added the element of mystery to it - it kept me hooked on every word!

Thank you so much! Keep writing and stay safe! -Brooke

This is so cute! I love how it's from the dog's point of view. It's so sweet at the end with the 'Friend Kiley!' I really enjoyed it! Thanks for writing Brooke!

Thank you for the compliment! And you're welcome? Keep writing and stay safe! -Brooke

Brooke! We decided to get a black lab! If you look at my profile picture that's the dog we are getting!