Submitted for Contest #41 in response to: Write a story featuring an animal who subverts expectations (like a snuggly tiger, or something more magical, like a literal fish out of water).... view prompt

“Huzagudboi yourself, Captain. Major Rover over and out.”

Major Rover allowed himself to drift for a moment, taking in the sights. He never got tired of it — and doubted that he ever would. He sighed to himself, contentedly, as he floated through the pretty void, all manner of stars and planets lacing the cosmic blanket that lay before him. He was connected to the space station via his suit; a long cord went from the back of his helmet into the side of the ship, allowing him to receive oxygen, water, biscuits, and other essentials for life as he performed his astronautly duties. The tether also acted as an anchor of sorts, meaning that Rover had no worries concerning drifting away from the station — he could always paw his way along the tubing and get back to his home away from home.

The station in question was shaped in the most aerodynamically suitable structure for such a base: a giant bone. It was called the World’s Outer Orbit Follower, or WOOF for short. It orbited Planet K9 — one of the many outposts of dogkind that were scattered throughout the galaxies — which served as its backdrop. K9 looked huge from out here but, then again, everything looked huge from out here. In reality, K9 was on the smaller side, as far as planets go. It was, however, habitable, and that was something truly valuable. Rover loved how space exploration and travel put everything into perspective; there were no purebreds or mixed breeds or mutts or anything of the sort out in space, there was only dogkind, the whole.

“Rover, everything okay out there?” That was Daisy, over the Integrated Audio System.

Rover suppressed a chuckle. Barely twenty seconds had passed between the end of comms between him and Grrround Control, and already she was checking up on him. “Yeah, all good out here, Daisy, on my way back in now.”

“Roger that, Rover, I’ll be waiting.”

“See you in five,” he said. There was an audible hiss and a click as Daisy ended the press-to-speak comms on her end of things. Rover grinned. Daisy was always worrying about him, always thinking five steps ahead. He was glad to have her on his team, and not just because she was the best at her job. He considered her to be a good friend as well.

Rover took one last longing look at the stars, his soul at one with everything. Ever since he’d been a pup, he’d dreamt about being out amongst the stars, and now that he was here… it was everything he’d hoped it would be and more. That small part of him that worried that it wouldn’t be all it was cracked up to be had been quickly dispelled thirty seconds into his first spacewalk, many moons ago.

With a wistful smile, the German shepherd swam around — paws paddling at the nothingness as naturally as a puppy in water — and made his way back to the space station orbiting Planet K9.

He turned around, surprised to see her there. The golden retriever grinned at his shock, clearly proud of herself for having caught him unaware.

“No…” he responded, slyly. When Daisy said nothing in response and raised her eyebrows, Rover yielded. “Well, maybe just a little.” That made her laugh. Dog, he loved to hear her laugh.

“A biscuit for your thoughts,” she said, padding over next to him. Beyond was a great, circular window, affording them a stunning vista of countless planets, stars, moons, and various other astral miscellany. Before them was a great dance; rotations and spins, gravitational pulls, centrifugal motions, orbits, sub-orbits and co-orbits, round and round, weaving in and out, past each other and around each other, on and on and on. If only one could dip the celestial bodies in white paint and then watch as they tracked their own movements across the Heavens, their circloid shapes the brushes upon the big intergalactic canvas…

“I was just thinking about the first dogs in space.”

She smiled internally. This was one of his favourite topics of conversation. She didn’t mind in the least, though — she loved to hear him talk. She’d often thought that Rover would make a great lecturer, one day when he was too old to be an astronaut anymore. Rover could make books on semiconductor components sound interesting. “Mmm,” she said, in agreement. “They were some brave souls, huh?”

“They sure were,” said Rover in awe, the sparkling lights reflected in his chocolate-brown eyes. Daisy knew that Rover would spend all his time out there, if she were to not call him back in. A dreamer, that was Rover. She also knew that he could contemplate all day, letting his mind wander, chasing one tangential thought after another, digression after digression until he didn’t remember what the first idea was that started the whole mental cascade. Daisy had been pushing him to try writing a book in his spare time, because she was sure it would be mind-blowing and revolutionary, but he’d resisted thus far. She’d keep prodding and nudging, though…

“Crazy how they sent humans out here first, though, isn’t it?”

“Crazy?” asked Rover, looking at her with wide eyes. “It’s barbaric. Those poor humans didn’t have a clue as to what was going on. You know, I don’t always agree with those animal rights groups, but I don’t like the thought of subjecting a simple, defenceless creature to such conditions.”

“Yes, but we signed up for this, did we not? This was our choice.”

She sighed. “I suppose you’re right, Rover. Those humans didn’t have the capacity to give consent to such a scientific mission. They were just selected, held within cages, albeit with food and water, and then—” Daisy moved her paw, whilst imitating the sound of a rocket taking off “—they were sent into space.”

“Exactly. They didn’t have any idea what was happening to them. Imagine how scared they must’ve been. Poor things.” The sadness and concern that crept into Rover’s voice made Daisy look at him sideways. If they hadn’t been colleagues on the space station and instead lived normal lives back home, she could have looked for something more than friendship with him. His thoughtfulness and care for everyone and everything was heart-warming. However, they were colleagues and they were on the space station.

She patted him on the shoulder. “Best not think about it, Rove. That’s all in the past now. We've moved on since then." Daisy cleared her throat. "I’m gonna go do my rounds of the station, wanna come?”

Rover exhaled slowly; eyes full of stars. “Nah, I think I’m going to stay here a little while longer. Plus, I’ve got my own stuff that I need to get on with, once I’m done procrastinating,” he said, giving her a cheeky grin. There was always work to be done on the station. “Huzagudgirl, Daisy.” He raised his paw to his head.

“Huzagudboi, Rover,” she said, returning his salute. As she padded away, tail swishing, she cast a glance over her shoulder back at Rover and chuckled softly at what she saw.

His tail was wagging — softly thwap-thwap-thwapping against the floor of the station — and his tongue was flopping out of his mouth comically, as it always did when he was lost in thought. His gaze had once more returned to the stars outside, eyes full of mystery and wonder.

This was such a fun read! It really put a smile on my face! 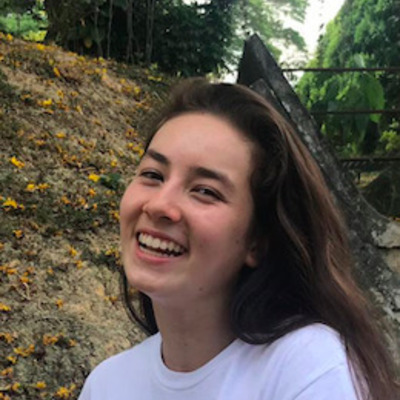 How ironic :) The "huzagudboi" salute was great, pulling us on, and when it first appeared it had me both laughing like an idiot and hungry to read more. Nice job!