I didn’t remember what happened. But I remember a few flashbacks. A glimpse of that time. I remember seeing a dark wave on the shore. I could’ve sworn I saw eyes in the enormous wave. I remembered it crashing next to me. Hunting me. I remembered my dad and I running from it. I didn’t remember why, but all I knew was, we had to run. When the wave settled for a moment, my father put remember in my pocket. “Run for your life.” Another wave rose. It was clear. The eyes. They were clear. They were amber evil eyes. Eyes that killed a million. Hunting eyes that want to kill. I stood still looking at the amber eyes. Before the waved crashed to the ground, my dad pushed me away. I staggered back as the wave hit my father instead of me. It crushed him under the massive mass and pressure of the sea. “Father!” I cried as I fell to the floor and knocked my head on a rock. My eyes rolled back to my head. I was unconscious.

My eyes flutter open. Everything was blurry for a moment. I groaned in pain. My head hurt.

“He woke up,” I heard someone say. My vision adjusted. A boy -with light coffee skin, black hair and brown eyes-, and a girl -with light brown hair cut to her shoulders, hazel eyes, and snowflake white skin, -she looked like me, but I have a quiff haircut instead- were looking down at me. I sat up straight. I was in a room that had two beds. I was on one of them. “What were you thinking?!” the girl said. She looked younger than me. “Why didn’t you run Ethan?”

“You are out of your mind if you thought about going into the wave,” the boy said with his arms crossed. The boy was my age. Sixteen. The back of my head hurt. It stung. I put my hand over the place that hurt. There was a bandage around my head.

“You hit your head hard,” the boy said. “You fell on a rock and cut your head. It’s already stitched. You’ll remember everything by time.”

“A house where you are safe in,” the girl said.

“Monsters,” the boy said. “Bloodthirsty monsters are waiting for you outside. So, stay here if you don’t want to get killed.”

“What do you mean ‘monsters’?” I asked. The girl opened the curtain that was above my head. What I saw made me yelp. My face went pale and my heart skipped a beat. The house was surrounded by three different creatures. They all looked like a human, but their skin wasn’t flesh. It was something that looked like thirds with the color of coal. Some parts were empty. Each monster had different colors in the empty parts. The first was a fire. I thought it was burning, but it wasn’t. the second was water. It didn’t spell, but it stayed fit inside them. The third was ice. Frozen ice. They had no eyes. Their eyes were colored by their types. Water had amber. Fire had red. Ice had blue. I quickly closed the curtain when they looked at me.

“I told you. Monsters,” the boy said.

“There are four types,” the girl said. “Here there are three.”

“There is an invisible barrier around the house it protects us from them,” the boy said. “they can’t go through the barrier. But if you did., they’ll kill you. They are element monsters. Water, ice, fire, and thunder. What you saw on the beach was water. That is their human form, trust me you don’t want to see their real form.”

“How come I never saw them before?”

“Not everyone can see them,” the girl said. “But if you do see them, they hunt you.”

“So, you stay here your whole life?” I asked. “There is no way of stopping them?”

“There is a way,” the boy said. “It's their core. At the end of a river in a forest filled with monsters. There is their core. You should get a stone from each monster. The stones are their heart. You should place the stones in the core, and all the monsters will vanish. But if you do this, all the people the monsters killed will come back to life.”

“Why didn’t you do that already?” I asked.

The boy looked at me, “You think it’s that easy?”

“…Ethan, what you remember,” the girl said.

“I just remember the beach,” I said. Tears built in my eyes. “And… my dad…” I told them what I remembered. The girl’s eyes got filled with tears a lump formed in her throat. She ran out of the room.

“What happened to her?” I asked.

“never think about leaving this house, unless you want to kill yourself,” the boy changed the subject.

As we walked, Daniel held a pen in his hand. He was twirling it around his fingers. He knocked on a door and opened the door. He entered and I was behind him. it was the girl’s room. She’s been crying. Tears were sliding down her bright red cheeks.

“Nina, are you okay?” Daniel asked. That was her name ‘Nina’.

She looked at Daniel for a moment then me.

Daniel and I looked at her for a moment.

“Get out!” she screamed. She punched my chest. It hurt. Her punches were strong. “I hate you!” she wanted to punch me again, but Daniel stopped her and took her away from me. She was breaking down.

Daniel and Nina didn’t say anything. She was breaking down and Daniel was trying to calm her down.

“YES!” the girl shouted. “You are my brother!” Daniel looked at me. “Mom died a long time ago! and now dad!”

When Nina calmed down, she asked, “Did dad give you anything?”

I put my hands in my pocket and pulled out what my dad gave me. “dad gave me this,” I told her. “It’s a normal pen.”

“Me too,” Nina said as she took out her pen from her pocket.

Lana uncapped the pen. In a second it turned into a long sword.

“What? How?” I said. Daniel and Nina shrugged. “I have a question.”

“Go ahead and ask,” Daniel said.

“If putting the stones in the cores would bring back the people who the monsters killed and they would vanish, why don’t we do that?”

It took hours while we argued over if we should collect the stones and put them in the core or not. In the end we agreed. It was dangerous. Getting the stones, means we should fight the monsters and go to the core, but…where was the thunder monster? Will I get back my memories? Will Nina or Daniel die? Will we collect all the stones?

We stood on the house’s porch, where it was still safe. We uncapped our pens that were swords by then.

I really like the concept of the monsters being both friends and foes! You started the story very strong with a very tense opening. Couple of pointers though: feel like you could have spent more time describing what the monsters looked like, and your overall story could have been a lot more descriptive in general to add depth. Your story would also be a lot better if things were implied as opposed to explicitly state. e.g. instead of "I was unconscious" try something like "My vision darkening as my eyes peered back into my head, as ...

i love the way you change the sentences. they are amazing! 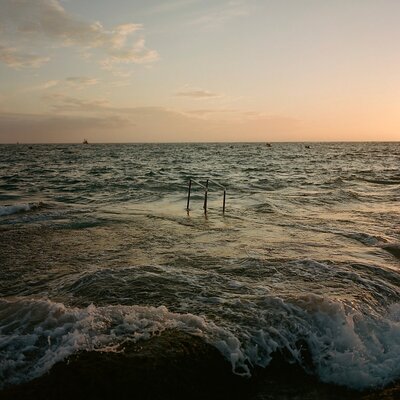 Hi Yageen. I got your story for the Critique Circle, so here it goes. I love these monsters you've created with the elements -- so cool. Just make sure you have enough time to edit your story. When you read it often, you automatically sense what is off and what can be enhanced further. Apart from that, this sounds like a fun YA Fantasy book.