A little Grey kitten made his way under a large wooden structure, his sparkling blue eyes shining with amusement as the two-legged creatures called his name. "Smokey" was what they yelled. The fact that the creatures were calling his name alerted Smokey they had begun his favorite game. Silly creatures, he thought to himself, a playful grin decorating his fuzzy features. "Smokey!" Called the eldest male creature with a deep voice. The male walked towards his hiding spot, causing smokey's tail to flick anxiously. He knew the creatures were called humans, as his mother, Cheshire, had once called them.

Once he was sure the humans had left the room, listening to their clumsy thundering steps fade. He left his spot and decided to explore, his interest in the game quickly disappearing. He looked up, noticing an open window. He, with much difficulty, managed to make his way up to it and looked out. "I wonder what's out there." He purred curiously. He sniffed and noticed how small the distance between the window and the ground was. An idea entered his mind. Surely the humans wouldn't mind if he were to explore a bit, right? He remembered the similarities of the scenes from the box with the moving pictures and what he was seeing now.

He needed to test his landing and he looked to see a small, stick-like object lying by his side. He carefully pushed it over the edge of the window, watching it fall and decided it would be good to jump. He leaned out as close as he could get to the ground and he jumped, his little limbs moving calculatedly until he hit the ground. He grinned and released a triumphant meow as he said, "Ok! Now that that's over, it's time to see if this place is any fun!" He marched off toward the large green hedge near what the other cats called the Dark Woods, a place in which monsters and feline nobles lived. He, however, didn't care for this and he merely ignored them. A rush of adrenaline flooded into him when he saw a beautiful moving object. It was so beautiful, practically begging him to follow, that he gave chase. After many failed attempts to catch the creature, he gave up, choosing instead to groom himself, removing any dirt that had coated his paws.

He began to hear noises, different scents, and sounds overpowering his senses as his eyes quickly adjusted to the dark. Looking around he felt fearful and alone. "Where am I?" He whimpered his ears pressing against his head. Snap! Crack! Came a sound from being Smokey. He jumped, his glowing blue eyes scanning the area as he looked to see golden eyes looking back at him and white fangs bared. A snarl escaped it's throat as it emerged from its place, and other monstrous sounds escaped the throats of its comrades. Smokey shook, realizing something. "It's a dog... no. It's a monster!" He hissed, his fur standing on end and he arched his back. He saw an opening and did the only logical thing. He ran, and he cried out to any noble cat if they were inhabitants of the Dark Woods. "Help me! Somebody! Please!" He begged.

He stopped when he neared a dark stone den in which a pair of emerald eyes glaring out from the darkness. The dog monsters neared him, circling until the leader growled, and the others advanced. Smokey closed his eyes, shaking as he braced for the feeling of fangs on him. But it never came. Instead, a sound like thunder erupted from behind him and a flash of dark flew from the den. To him, it looked like a shadow as it clawed and bit the monsters, each one yelping in surprise until their leader called for them to retreat. Smokey looked to the large shadowy cat that had saved him. Before he could even thank the shadow cat, it... no, she turned to him growling in annoyance. "What's a little cub like you doing out in a place like this." Her emerald eyes narrowed, white fangs flashing in a warning. "I was chasing a pretty floating object and I got lost. I wanted to see what was in the Dark Woods... I'm so sorry. Please don't hurt me." He responded.

The dark-furred feline sniffed him before laying down. "Quiet down cub, I won't hurt you." She stated calmly before picking him up by the cuff of his neck and taking him to the den. He stayed silent. She set him down and offered him some of her kill before continuing the conversation, "So cub. I take it you're not from here. Most others warn their cubs to not venture out too far after dark. Your cries of distress would have woken the whole forest had you not appeared at my den." She mused, standing up and walking further into the den. "Thank you." The kitten mewled softly. She purred softly as she asked, "What is your name cub?" Smokey's nerves had calmed with her tone, "My humans named me Smokey." He purred. "Ah, so you're a common cat, eh?" She responded distastefully. She curled herself around two, spotted furry mounds on the ground protectively, and groomed them carefully. "Since you've introduced yourself cub, I will tell you my name. I am Shadow. And these two furballs are my cubs." She stated. And then looked at him as he curled alone in a far corner. "What are you doing cub?" She asked. "I'm going to sleep... I have to return home." Smokey responded. "Then come to me. I will guide you to the forest's edge at midday tomorrow." She states tiredly. His sapphire eyes sparkle a little before he pads over to her and curls in her protection.

At dawn, he awoke to the childish chirping as he felt his ear being pulled. "Look! He's awake!" A spotted female cub chirped to a spotted male. The spotted male bounded over to him as he pounced, pinning him. "Hello! My name's Hunter! That's my sister, River!" He said, a playful gleam in his eyes. River padded over and asked, "What's your name? Are you a common cat cub? What are humans like?" Taken aback, Smokey only stared, answering as many as he could. "Come now cubs, let's not prod him with too many questions," Shadow stated, setting down the leg of an animal, another kill. The two cubs cheerfully began to eat, Smokey awkwardly joining their meal. Once they finished and were all groomed, Shadow looked at the sun before stating, "Cubs, I will take Smokey home now, stay in the den. Do not leave, and do not follow. Stay hidden, stay safe." Her stern orders were answered by a chirp of the agreement as they went deep into the den. She then picked Smokey up and began to walk, ignoring the sounds of protest from Smokey.

Some time passed before he was set down, in front of a river. "Drink something cub. You can explore, but don't venture too far. The males are capable of killing cubs off." She said and leaned over to drink. He did the same before noticing something moving in the water. A fish. He mentally debated catching it, not wanting to get his fur wet, but also want to touch the thing. Before he even made up his mind, he felt himself be lifted again. "Aw, you're no fun!" He growled, no meaning behind it. Shadow gave an amused click as she continued walking.

After a few moments, Shadow put him down and said, "We've arrived cub." He recognized the scent of his humans, it was nearby, but not on the edge. He looked at Shadow questioningly. "This is as far as I can take you cub. I will watch you return from here." She leaned down, placing a motherly lick to his head, promising to visit him with her cubs on the fifth moon, he gave her a final grateful meow before he ran off before he exited the Dark Woods, Smokey gave her one last glance before he grinned at her and ran back home, much to the surprise of his humans.

On the night of the fifth moon, a grey-furred cat with sapphire eyes arrived near the edge of the Dark Woods, looking into the darkness as if waiting for something. He grinned when two leopard cubs emerged from the trees, and when a shadowy feline with emerald eyes emerged, and she purred, "Hello cub." 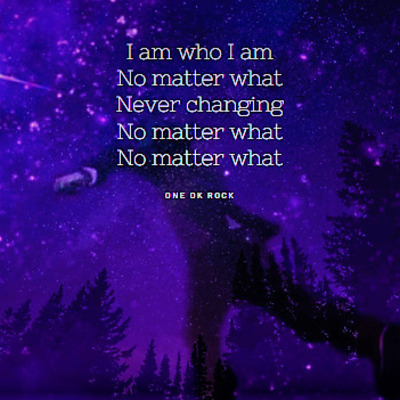