“Gracie, where are you goin’ with that rooster?”

We all looked at each other, then at Gracie, who was holding the squawking bird. We didn’t look at Grandpa, but she did. “Oh, nowhere, Grandpa,” she said, giving him her best harmless look.

“Oh, I know you’re goin’ somewhere. I can tell by the looks of all the rest of you. Now, what about that animal?”

We all squirmed. Somebody, probably Anna Mae, spoke up. “We wanted to put the chicken under Uncle Johnnie’s bed.”

Some of us hoped Grandpa would think it was a joke, but he frowned like he does when he’s confused. “Put that rooster under Uncle Johnnie’s bed? Why in tarnation would you do that?”

“It was Nat’s idea,” Anna Mae squeaked. “He said it would be a surprise for Uncle Johnnie.”

Grandpa’s frown turned into a laugh. “It would be surprise, all right! Don’t you know that your Uncle Johnnie is scared as heck of roosters?”

It finally dawned on Anna Mae that Nat was trying to get us to play a joke on Uncle Johnnie. “Oh, that’s real mean,” she announced. “Here, gimmie the chicken.”

Gracie held on even tighter to the rooster. “No, I want to see what Uncle Johnnie’ll do when we show him Old Red.” In his younger days, the bird would have probably tried to peck the skin off her knuckles, but he had enough sense to stay still.

“What, Old Red?” Grandpa said. He sat down on the old tree stump near the chicken coops, and we sensed a story coming. Gracie let Old Red free and clustered round with the rest of us. We waited a bit, Grandpa sat back a little, and out came the story.

“You think Old Red is scary, you shoulda met Clyde.”

“Clyde?” somebody asked, probably Stevie. “Whoever heard of a rooster named Clyde?”

“Well, this one named was Clyde,” Grandpa said. “Do you want to hear the story, or don’t you?”

We gave Stevie hard stares, and he shut up quick. “Yes, yes!” several of us shouted at once.

“Now,” said Grandpa, back in the story, “Clyde was a Rhode Island Red, and as mean as they come. Course, when he and the hens were chicks, they were just fine.”

We nodded. We knew chicks—they were small and fuzzy and good for hiding in Grandpa’s big flannel shirt pockets.

“And then the hens and Clyde got big. He was the only rooster, so we put wire netting down the middle of Jingo’s pen and kept Clyde on the other side.”

We knew the pen, too, even though Jingo was long gone. “It’s a nice big pen,” Anna Mae interjected. “Didn’t Clyde like it in there?”

Grandpa shook his head. “He was ornery, that Clyde. And smart too. He figured out how to lift the latch on his pen.”

“How’d he do that?” Stevie asked. Gracie glared at him. “It’s not nice to interrupt,” she said, all sing-song. Stevie made a face at her, but Grandpa intervened.

“Hush now, I’m tellin’ the story.” Stevie sat down, more or less quietly, and Grandpa went on, “Your grandma and I were visiting the neighbors, the day that Clyde got loose from his pen. There was no one round the house except Uncle Johnnie, who’d got home early from kindergarten.”

We all snickered at the idea of Uncle Johnnie in kindergarten. “What happened then, Grandpa?” Anna Mae asked—even Stevie looked interested.

“Well, there was Clyde on the loose, and Uncle Johnnie gettin’ off the bus, and nobody home. And what does Clyde do?”

Grandpa paused a second, with that twinkle in his eye. “He starts chasin’ Uncle Johnnie all round the yard, peckin’ at the seat of his pants!”

We burst out laughing, even Anna Mae. “Poor Uncle Johnnie!” she giggled. “What did he do?”

“Well,” Grandpa said, leaning back a little and waiting till we got done laughing, “Grandma and I stayed too long at the neighbor’s, and we thought, ‘Johnnie’s out of school soon, we should get home.’

“So we’re coming down the road, and what do we see but your Uncle Johnnie coming down the self-same road towards us, his legs movin’ as fast as they can.” Grandpa smiled a bit himself, and waited for the next round of laughter to die away. “We said, ‘Johnnie, what’re you doin’ all the way out here?’ Poor kid was scared of course, and you can figure what he said.”

Gracie did her best to talk like Uncle Johnnie might have when he was little. “Oh, Daddy, Clyde got out and he was peckin’ at me and no one was home so I was runnin’ for the neighbors and—”

Grandpa nodded. “Just about like that,” he said, “just about.”

“So what’d you do then?” Stevie asked. This time, no one glared at him.

“Well, we brough Johnnie home and locked Clyde good and up in the pen. He was mean, but I guess he had enough sense not to go out in the road while Johnnie was runnin’ away.”

Anna Mae frowned. “I hope he got punished for the peckin’ he gave Uncle Johnnie. That was mean.” We nodded our agreement with her, even Stevie.

Grandpa shifted a little in his seat. “Funny enough, he did. See, Uncle Johnnie’s behind wasn’t the only thing he liked to peck. He used to peck Jingo through the holes in the fence, too.”

We all made disapproving sounds, like we’d heard the grown-ups do. “And Jingo couldn’t run away like Uncle Johnnie, could he?” Anna Mae asked.

“Nope, there was nowhere poor Jingo could go.” Old Red strutted by just then, and we all glared at the old rooster as if he was Clyde himself. But the twinkle was back in Grandpa’s eye, and we all waited for Clyde to get what he deserved.

“One time, Clyde was peckin’ and peckin’ at Jingo through the holes. Finally Jingo had enough, and he bit Clyde’s beak right off.”

We stared at Grandpa, our mouths like the hole where Clyde’s beak had been. “He bit his beak right off?” Stevie said. “Just right off?”

Grandpa shook his head and smiled a little. “We tried to feed him oatmeal, but he didn’t take to it. He was missing his beak, after all.”

“I guess he got his punishment,” Anna Mae admitted. The rest of us were pretty sure, but we didn’t say so.

Grandpa stood up, dusted off his pants, and grinned down at her. “I guess he did,” he said, ruffling her hair a little. Then he went off to the barn. For a while, we just watched him, thinking about mean roosters and long-gone dogs and little uncles.

“The question is,” said Stevie finally, “are we goin’ to put Old Red under Uncle Johnnie’s bed, or not?” 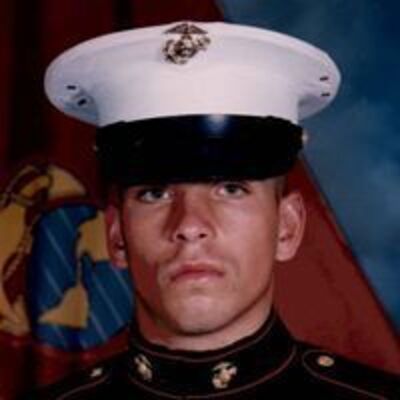 Funny, I enjoyed it.

I'm glad you did!

This story is so funny, and I love it! You are clearly a talented author, thanks for writing! Good job!

I'm glad you liked it! Thanks for reading

Reading your story felt like watching a sitcom - hilarious! My favourite part by far is the opening line!

Thank you! I was hoping for a good 'hook' for this one, and I'm glad it worked

I loved the underlying humor of this story. The dialogue was so effective and added much to the characterization. It was a good slice-of-life piece!

Thanks! It was tons of fun to write

You're welcome! Keep them coming.