Bits and pieces of beef packaging, aluminum cans, and plastic bags that once held noodles were scattered across every inch of the kitchen floor. Jasper looked up from the trash can, his eyes desperate for forgiveness and approval, knowing he'd been caught red handed. My mom stared at him as if he had just killed the cat.

“Stupid dog,” my dad said, slamming his fist on the table and cursing to himself about the million tiny pieces of garbage he had to pick up.

Jasper kept licking the packaging that once contained steak as soon as my dad turned his back, as if no one could see him. He looked up quickly but didn’t move a muscle.

“Jasper! Bad boy!” my mom screamed as she pointed at him.

He hung his head as if he had just seen his best friend die and had been blamed for the murder. We all walked away and he kept licking the bits of packaging.

“He’s going to get sick. This can’t be good for him. There are probably all kinds of stuff in there that are bad for him,” I said, always the one to worry about his health instead of worrying about the messes he consistently caused.

My sister waved her hand dismissively, “He’s fine. He’s just a bit of a pig. That’s all.”

I laughed despite myself. She winked. Later that evening, Jasper threw up on the carpet in the living room, as I had anticipated, licking every bit of trash that contained a tiny bit of bacon grease and even eating some packaging, because he had absolutely no self-control whatsoever when it came to satisfying his taste buds, had upset his stomach. My mom groaned, throwing up her hands in exasperation.

“Great. Now I have to clean up dog vomit on my one day off this week! Can you believe this? This dog is nothing but trouble. He sheds all over the furniture. He tears up my nice upholstery because he lays down everywhere. Now he’s thrown up all over my Moroccan rug! You really need to learn to enforce boundaries with your pets, Natasha! Honestly.”

She scurried away to get her cleaning supplies before cursing in frustration. I went inside of the laundry room to see what was going on. A load of clean laundry, sheets, white clothes, and table clothes, had been meticulously folded in a basket right next to the drawer. Jasper, as small as he was, with dark white fur and a few grey hairs, was sitting on the center of this meticulously folded laundry, as if he was the king of the world.

Not only was my precious dog sitting on top of the pile of laundry, he had also rummaged through all of the cleaning supplies himself. Stained rags were everywhere. Baking soda had been spilled on the cement. You couldn't walk without stepping on a rag. Apparently, Jasper had tried to fix the problem and thought he was helping. I chuckled.

“It’s not funny!” my mom screamed, picking up each rag and putting it back and throwing all of the ones that were laden with baking soda into the wash once more. The spray that would get rid of the nasty smell that was now enveloping the entire living room was also on the floor by the washing machine, having the potential to trip someone because it was right by the laundry room door.

“If you don’t train this damn dog, I think we’re going to have to find him a new home,” she announced.

She smiled a bit despite herself. Even she knew she didn't mean it. She did this every time Jasper made a mess, which was often, but she never followed through with it. Underneath her frustration and desire for a house that was not constantly plagued by dog poop, she actually had a soft spot for animals. She’d been notorious for picking up stray dogs, and even a turtle that lived in a small pool in the greenhouse, when I was younger. She’d just had enough.

She was done with cleaning up hairy furniture, dog poop, and dog throw up. She was done with kittens who constantly pooped outside of their litter boxes until they were trained. She just wanted a clean house and dogs who behaved themselves. Honestly, that wasn’t that much to ask for, except that Jasper had now proceeded to poop in the spare room upstairs.

“I need a vacation,” my mom muttered as she picked up the dog poop, too tired to scream any longer.

“Yew,” I muttered to myself as I desperately cleaned up the other poop my dog had taken in the bathroom while my mom was cleaning upstairs.

Jasper was a bit of a prima donna at the best of times, but especially when he wasn’t feeling well. He craved attention every hour of every day, and would go to extreme lengths to get it. He walked in and threw up right in front of me. I was torn between feeling sorry for my little friend and throwing up myself. My mom stormed down the stairs. She looked at the throw up in the bathroom before I could finish cleaning it up.

“This little fucker needs to go outside! Now!”

I nodded and carried him to the front door. He was squealing because he did not like being picked up. He sounded like a very angry chihuahua. I rolled my eyes and put him outside. Ten minutes later, I heard a scratching noise on the door, along with a grating squeal that reached several octaves higher than I was comfortable with, went back down a few octaves, and then went up a few octaves after that.

From the desperation in this dog’s voice, you would think someone had left him abandoned on the streets of New York with absolutely nowhere to go as traffic rushed by. This could not be farther from reality. We lived on a five-acre garlic farm on the Pecos river in New Mexico. This guy had plenty of room to move around, but he had decided that he was royalty and, apparently, had selective attachment issues. My mom stared at me.

I nodded, looking at her and then at the door. The whines continued for about two hours. Finally, my mom marched in.

“I’m trying to catch up on some paperwork. Does he ever shut up?”

He never shut up. He was a terrier and, therefore, accustomed to getting his way immediately, or, alternatively, fighting tooth and nail until he was granted his requests. Exasperated, my mother opened the door and let him in.

“You better not poop or throw up again, young man. Do you understand me?”

Jasper raised his bushy eyebrows. My mom looked at me as if to say, “I told you so.”

“See,” she said with certainty, “He understands me.”

Jasper sat obediently on his dog bed for the rest of the evening. I guess my mom had been right.

I love the first sentence of this story so very much and the rest of the sentences followed suit! I saw you read my story The Orbit and I thought I'd check out some of your stories too! 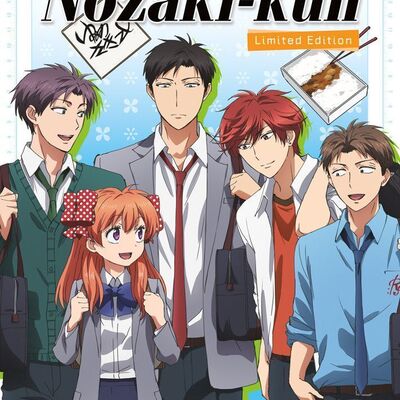 This makes me see how much work a pet can be. xD Great job!

They are soo much work haha. :P Thank you!

Here for the critique circle :). This is cute and quirky. Good dialogue and descriptions of the messes. My favorite character is the mom :). I think the only criticism I have is that you could avoid a lot of the 'telling' or needless narration by converting it to dialogue. That way it's less exposition and more showing. Good job, keep it up!

Thanks for the feedback! I really appreciate it.

I loved it! I liked how you described things and characters like the main character's mom and how she felt about animals. I thought that it was a bit of an abrupt ending, but that's just me. Great job with this story. Keep writing!

I guess it is. I wasn't sure how to end this story to be honest. Maybe I'll add to it. I appreciate the feedback.