Submitted for Contest #40 in response to: Write a story inspired by this quote from Ally Condie: "Growing apart doesn't change the fact that for a long time we grew side by side; our roots will always be tangled. I'm glad for that."... view prompt

I’ve always longed for an elusive something…a void in my life I never seem able to fill.

Early in my career, I became a workaholic, with my drive for perfection steering me on my unrelenting path. But year after year, the elusive 'it' was missing. In parallel, I sought out relationships, failing miserably at every turn. The gap between what I had and what wasn’t there only seemed to grow. Shouldn’t one of these two most obvious things fill me up?

I then pursued an endless laundry list of hobbies—climbing, hiking, camping, knitting, sewing and more; but each only brought temporary pleasure. I endlessly contemplated what I needed or wanted. What could possibly make me feel whole? Perhaps I needed a terrifying thrill? When the thought came to me, it certainly seemed like an idea worth exploring.

While I’m deathly afraid of drowning, I tried sailing on for size in the rough waters of the Long Island Sound, with gigantic motorboats speeding by and repeatedly nearly upending my tiny little catamaran. My heart would jump into my throat as each boat flew by creating a massive wake with its seemingly endless set of oncoming waves. Then, one warm June afternoon, the thing I feared most happened. I capsized.

And it wasn’t until that precise moment, that I realized I should have taken heed to the warnings to always wear a life vest when boating. I felt my body descend lower and lower into the depths of the dark, still frigid wintery-cold water, and suddenly knew what it meant to be undeniably human and frail. I frantically breast-stroked my way to what appeared to be the sun’s afternoon light streaming down on the water, finally breaking the water’s surface with a gasp. I would not die today. But I would also be completely dissatisfied with yet another attempt to find whatever it was that I was so desperately seeking. This was, without a doubt, not it.

Whitewater rafting beckoned me next. Surely this would be a safer thrill with experienced guides and a tightly secured life vest; an orange cocoon of protection in an otherwise very dangerous game. As we headed down the calm water, I felt sure this must have been what I’d been seeking. To my grave dismay; however, by the time we hit the pinnacle of our guided adventure, not only had I become desperately nauseated with a severe case of seasickness, but I was also thrown from the raft.

As I flew through the air, in slow motion, my brain took me first from the excitement of weightlessness as I flew through the air, to the self-satisfaction that I was wearing a vest, then rapidly to the horror that I was heading toward a mound of rocks. I threw my arms up to protect the mothership—my skull and brain—and my forearms took the brunt of my fall. I grabbed onto the mound of rocks with my least injured arm and quickly wrapped my legs around whatever underwater foliage I could grab onto while I waited for help to arrive. I looked over to my injured arm, which was unmistakably broken from the appearance of bones that were clearly not in the right places. I wasn’t sure if it was the seasickness, or the sight of my arm, or both, but I suddenly became very lightheaded and weak. I kept telling myself I had to stay conscious or I’d be much more seriously injured if my body became a bobber floating and bouncing its way down the rapids.

And what did I learn from these two experiences? Water was clearly not the element I needed to master in order to find whatever it was that I was seeking. So, I turned to the Air. Unfortunately, I also have an intense fear of heights. But maybe overcoming that fear would bring me an answer to my ongoing quest?

I sought out the most beautiful ziplining adventure I could find online and quickly signed up before I could talk myself out of it. When the day of my adventure came, I threw on some clothes and talked myself down from the ledge, so to speak. It was a gorgeous day, so I drove with the top down. As I wound my car through the curvy mountainous roads, my hair waving in the wind, and all my favorite songs playing, I sang along at the top of my lungs in an attempt to stay calm. It mostly worked.

After I arrived, I climbed the ladder to the platform and allowed myself to be strapped into my gear. When it was time to take the leap, I did. Unfortunately, the middle of my back did not clear the platform and I smacked into it with a horrendously loud thud. I heard audible gasps of the others waiting on the platform. But in the end, that thud was equally good and bad. Good, because I forgot all about my fear of heights. Bad, because I was in so much pain, I got absolutely no joy whatsoever from the endeavor. It was just one more bust on my quest to feel whole.

Still transfixed on the concept of air adventure, I gave hot air ballooning a try. I did my homework and learned that accidents are very uncommon, and fatalities are ‘rare.’ The fact that there are fatalities at all was a little alarming, but I decided to let that go. I figured there shouldn’t be anything too dangerous. I spoke too soon. No, I didn’t get physically injured or impaired in any way. Mental impairment was another story. My Acrophobia took over as soon as we got about 100 feet up in the air. As my stomach started to flip-flop, I asked the balloon pilot just how much farther up we were going to go. He said, quite proudly, “Oh, this is nothing. I’m going to get you up at least 20 times higher than this.” I immediately sat my butt down in the basket, closed my eyes, and prayed to all the gods and spirits that were listening to save me from myself and all my stupid ideas to go on ridiculous adventures that I’m obviously ill-equipped to manage without severe mental duress or physical injury.

And speaking of physical injuries, it wasn’t long after I gave up my adventurous life for a more sedate one, that I started getting calls from my sister that my father was falling down in his home. And these calls started coming much more regularly. We wanted to move him to an assisted living facility, but he was a proud and stubborn man, saying, “By God, I’ll die in my own home, with my books,” (and about 10,000 other possessions he couldn’t stand to part with…but that’s neither here nor there).

My brother and I commiserated long distance via calls and texts for about a year, lamenting that dad was going to break a bunch of bones with one of his falls. And it wasn’t long before one of his falls did, in fact, result in him breaking a bunch of bones – five ribs to be exact. As expected, everything went from bad to worse. There were hospital stays, returning home, more hospital stays, then a move to a hospice facility where he passed away in his sleep a few days after arriving, just four days shy of his 90th birthday.

My father’s body was to be sent to his hometown, a tiny little town in the Wisconsin countryside, but the rest of our family would be unable to travel. With that, my brother and I each made travel plans from our respective homes to meet up there and go to the gravesite where my father and mother’s stone had already been placed years before, in anticipation of this day.

To my surprise, my brother had written a lovely eulogy and picked up flowers to lay at my father’s tombstone. We both stood there on a chilly November day, just the two of us, while he read the eulogy, and tears streamed down my face at all the memories of the very long life my father had led.

It was in that moment that I realized that I had finally found what I’d been looking for all those years. My brother. My twin brother. We grew side-by-side in my mother’s womb. I had arrived in the world first, breech (yes, butt first), politely giving my brother the opportunity to flip around and come out the way you’re supposed to. We grew up together and shared many inside jokes – a key one being that when my mother had made the mistake of telling two teenagers that we were the result of a “surprise” pregnancy, we immediately nicknamed each other “Boo Boo” (me) and “Boo Two” (him), much to my mother’s chagrin, sighs, and turning to walk away from us every time we called out to each other.

By the time we turned 18, we each headed off to different colleges, after which we started our careers and didn’t see much of each other in the ensuing years as we each moved around the country to follow our chosen paths. We tried to stay in touch, but time really does fly by and suddenly you realize you haven’t spoken for months.

But it was at that moment, in that cemetery, that I realized that the baby who grew next to me was what I’d been missing all along. Later that day, we made a pact to secure our own burial plots, side-by-side in that tiny little cemetery in the middle of the Wisconsin countryside, so not only did we start in this world together, but we’d end up in it back together as well. Our roots will always be tangled. 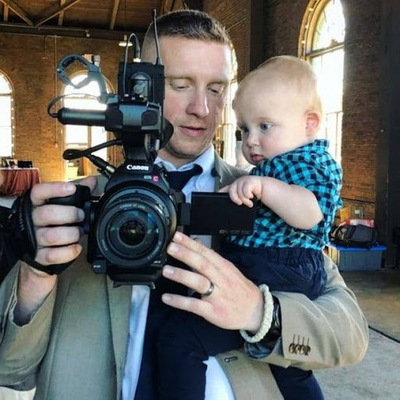 I enjoyed your story! I received a link to it in the Critique Circle email, and I'm glad I did. I also see that you're a freelance writer, editor and blogger! (I took a quick peek at your site.) I'm a former journalist, and I'm new to Reedsy. Take my feedback with a grain of salt and know it is given in the spirit of constructive criticism. Overall, I think the storyline is great. Your descriptions of each of the protagonist's adventures were clear and concise. I like your writing style. I enjoyed reading it, and I didn't see the end coming....