Submitted for Contest #40 in response to: Write a story about someone turning to a friend in a time of need.... view prompt

Let it be clear. B. was no sentimentalist. He was a team-jumper, an opportunist, a kill-stealer who did what he had to do to survive, faced with the grey gravelly expanses of the Out-of-Bounds. Only his mama had ever called him Bastel. But even big-time bastards like him had to bathe, so each time he ducked into a river, he made sure to bring a watch buddy.

It was a hot, sticky afternoon when his regular opted out for the first time. Instead, B. was making do with a schmuck whose blood ran too cold for this weather, who bumped against B.’s hip each time he bent down, giraffe-like, for a dip of water. The man’s name was Canter, and he was washing his hair with disinfectant.

“So. How many fish d’ya think you’re gonna kill with that?”

Canter stopped to shake his head free of suds. “Actually, the river from which we typically fish is not at all connected to the one in which we bathe. Indeed, I made sure we selected two diverging rivers for this cause: a difficult choice given the limitations here in this – “

A white wave slapped him in the face before he could go on yapping. B. groaned. “Shut up. I get it. You’re a city boy,” – he ran a hand through his fraying hair – “You’ve never shot a parasite in your life, so stop acting like you know shit I actually want to hear.”

The smile Canter had on his mug was unbelievable, so B. turned away and waded deeper into the silt.

“All I wanna know is why Arlan keeps cancelling on me.”

Behind him, Canter responded with a toneless hum. B. could hear the rhythmic ripples in the stream as whatever blue-green cleansing fluid Canter was using billowed out into the water surface. Sooner or later he’d run out of that stuff. Then what? B. himself preferred salt. You rubbed it in, it stung, but at least it didn’t leave a visible trail. It also wouldn’t smell for hours after you’d put your gear back on.

“I think I do know something you want to hear,” he said, trudging towards B, who was mid-way scrubbing insect goop off of his knee.

“Arlan is also from the city.” Canter blinked owlishly. “What would you say is your relationship to the captain?”

The shellfish clinging to the bank of the river suddenly seemed very interesting. Red-orange stripes and whatnot. “What I’d say? I mooch off of them, ‘s all.”

“Really?” The last of the coloured water drifted past B., as Canter turned slowly back around and got back to tangling his fingers in light locks. “I wonder.”

The next river they used was an oddly beautiful place for the Out-of-Bounds. As Arlan paced back and forth on the riverbank, the grass was thick enough to crunch lightly. From the water, B. watched his leader, frowning at their inscrutable smiling lips, at the hands tucked too neatly behind their back. They were all naked– who cared about posture? Arlan teased him about not wanting to bathe alone.

“I said: Oh, pretty please, pretty Arlan, won’t ya' jump in the river for scrubbin’ with me? And ya’ said,” – B pressed his lips together in a tight white line – “’Can’t. Busy.’ But look who’s the joker now!”

He could see the lines in Arlan’s face crinkle as they laughed.

Good. Stuck-up hadn’t done that in a while. B. saw they were holding the right side of their body gingerly, shifting their weight just a bit and –

The moment was gone before B. had thought to ask anything.

Third time they had the chance to wash, it was human – not insect – gore soaking their boots. Canter was struggling out of his clothes when, out of nowhere, Arlan popped up over the riverbank.

They looked troubled. The hair was sticking around their face – paler than usual pale. Arlan needed some soap, apparently, and couldn’t go all the way back to camp to get it. Figures. B. turned to Canter, who was the soap bearer between the two of them, but a spray of water shot up from below interrupted him.

It looked ridiculous. Canter, arms bandaged, possibly scarred forever from taking on three armed men by himself, was now lying flat in the mud, motioning with the soap bottle for B. to go to Arlan instead. What an idiot. B. made sure the beanstalk of a man heard this, before he turned and clambered up along the wet wall of soil.

As he did, he started seeing the slump in Arlan’s posture, again guarded around their right, which was mostly hidden by the towel they clasped tight with one fist.

“You okay there?” he pressed the soap into one open hand. His head pounded. The battle was getting to him.

Behind him, something sloshed and splattered. Canter was getting up. The great gush of water as he stumbled a second time, scrabbled for a grip with his feet, before dropping back down – it stopped Arlan in their tracks with a sharp yelp: a yelp which then startled B.

Dark eyes narrowed. This wasn’t like their cap’n. Not at all.

B. looked Arlan up and down. Definitely an injury. But when?

“Oh no.” B.’s chuckle rattled in the desert of his throat. “Our dear cap’n, busted up by a couple of bandits? What happened to the ‘Sadist Scorpion of the Blue Roses’?”

Arlan’s face flattened. It was like a rumpled blanket at a military base, being pulled taut.

“Don’t you worry about it,” they said. Crouching down, they checked if Canter had broken anything – somehow, he hadn’t – before turning to leave with the soap.

B. stood in silence on the river bank. The sallow cloud-filtered sun slid away in dapples by his feet. If he’d listened, maybe he would’ve heard Canter groaning behind him.

For the days after that, the Blue Roses ran hard and fast. Rival groups stopped making fun of their name, even just temporarily. Always, B.’s eyes were on fire from the filmy air of the wastelands. Canter took a bullet for Arlan; got his ass chewed out for it. More and more now, he’d see the two of them in windows – in tents – on treetops – arguing, grabbing each other by the arm, over the dark fibrous something that B. was not in the loop about. It wore on him, it grated.

Arlan was rushing somewhere, but B. didn’t know why.

During one of their rare breaks – inside an actual building, no less – B. went off to clean some sand out of his ear. Canter turned to look at him as he left, but made no move to follow. The large, heavy footsteps sunk away behind B., as the second-in-command trailed after a pair of new recruits who needed help with their weapons.

The corridor coiling around the building’s restroom was a pallid narrow tunnel. It reeked of must and flaking plaster. As he trundled on, B. almost wished Canter had accompanied him. Why hadn’t he? The schmuck was insistent on following him everywhere else, these days.

That was when he saw it. Behind the restroom door, a pair of black-booted feet stood, propping their owner up against the panels. Swiftly, B. pivoted to the side. Bastards hiding behind things were almost certainly always bastards. Then, oh – B. recognized them. It was Arlan, coughing and wheezing, the white corner of their elbow sticking out in the open.

B. had a feeling he wasn’t supposed to see this.

His jaw was clenching shut now: a bad habit. Mama used to scold him for that one. A lot of the time, it kept B. from saying shit he didn’t mean – and shit that he did. He dawdled. What was he going to see if he went around that door now? Whatever it was, Arlan couldn’t possibly take care of it alone, try as they might.

The tiles clicked when B. walked in.

Eyes, dark and glistering, turned tremulously toward him. He let out a hiss.

“It’s a parasite,” Arlan said between their teeth. One arm was braced against the filthy wall of a toilet stall; the other wrapped around their front.

“Do I look like a doctor to you?” Arlan bit their lip. “I don’t know what else it could be.”

The thing was a large gnarly infestation of sickening blue all along Arlan’s torso. Whenever they moved their arm, it seemed to throb, to block their movements. They wouldn’t be able to aim as well, with all that in the way.

Steely moonlight sifted through the clouds of dust beneath the rafters. It lit the dilapidated walls a pale blue. Arlan’s gaze travelled up towards the hole in the roof. They let out a heavy sigh. “We should reach the shanties by tomorrow. When we do, I expect Canter to take the lead.”

“Cap’n. Arlan.” Without thinking, B. lunged forward and put his hands on their shoulders. “You’re telling us to leave ya’ behind?”

Arlan shoved him away. “Don’t come too close!”

B. raised his hands, placating. He watched as his captain curled deeper into the shadows, the scowl on their face dark and shadowing their eyes. A swollen silence passed through them.

Shaking his head, B. reached into his back pocket. His hand came out with a pair of gloves – well-worn now, so he was ready to throw them away. The leather was warm on his skin as he slipped each on, as he reached forward to close Arlan’s hand in his.

They couldn’t hug. Maybe it was better that way, because B. wouldn’t know what to do with himself if they could. Instead, B. pulled Arlan down so their head was tucked in the crook of his neck, and he ruffled their hair – slowly, now, not in the way of after-a-fight – and he stayed there. Arlan took a while. They took too long. In the end, though, he felt them nod against him in silence, and B. smiled.

As it turned out, the shanties had hospitals. A hospital, if you wanted to get fussy about it, but for the Blue Roses it was good enough. Four walls. Medicine. A healer.

B. watched from the corner of the room as Canter slipped in beside Arlan, who was lying flat on a mat stolen from a trader some distance back.

“Clever bastard.” Arlan smiled fondly. “You put B. up to this, didn’t you?’

Canter raised an eyebrow, but he couldn’t help the slight quirk in his lips. “What?”

This time, B. didn’t hurl water at either of them. Instead, he just leaned his head against the concrete and listened to Canter drone on about the skeletomuscular structure between Arlan’s index finger and thumb, lulling their captain into a slow but certain sleep. Maybe Canter winked at him. B. wouldn’t say. 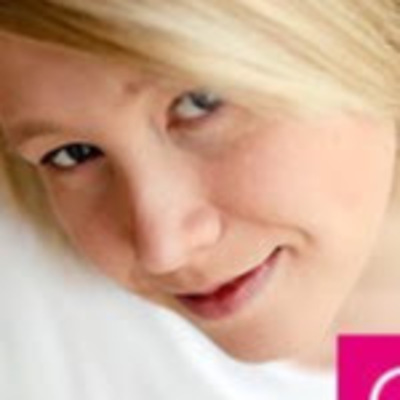 Thanks! I'm elated you think so.

There were some undertones that I couldn't quite get. Still, this is a well-written piece.

Thanks for the feedback! Glad you found it enjoyable nonetheless.

I really enjoyed this story! Your characters were well fleshed out and I was drawn to them. The suspense in your story was also perfectly executed and kept me interested. You are a wonderful writer!

Thank you so much! I'm really glad you liked it.