The Hidden Treasure of Valley Street 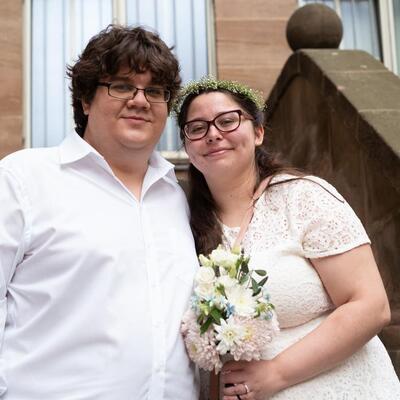 Children love summer vacation, until it becomes unbearably slow and boring. Jimmy Clarke, along with many other boys in his neighborhood, were victims of the increasing, smothering boredom. Older siblings of theirs found anything to do with interacting with their younger siblings “lame” and “uncool”. Within the modern houses of Valley Street, there were twenty boys who were nine or ten years old who suffered the most. So when a mystery map with instructions to find some type of treasure showed up in Jimmy’s mailbox with his name on it, he knew what he had to do.

“Hello, Mr. Morrison. Is Kyle there?”

As soon as all of his closest friends met with Jimmy at his house, he showed them the map.

“What is that?” Juan asked.

Freddy poked the map and said, “That’s one weird looking map. It’s on notebook paper and some of it looks badly drawn. Look on the left side, is that a tree or a mint flavored ice cream cone. Plus I thought maps for treasure hunts were supposed to be on old, brown paper, like how they look in the movies..”

“I thought that too. But maybe it’s a different type of treasure hunt. Maybe it’s a scavenger hunt with stuff that isn’t as valuable as treasure.” Juan supposed. He was not completely convinced by the mysterious piece of lined paper, but went along with it regardless. Looking around the neighborhood for something potentially not there was a better option than watching reruns of "Peppa Pig" with his younger sister.

Jimmy smiled and declared, “Then let’s find out. Let’s go on a treasure hunt! Kyle, you take the map. I think you can handle it.”

After drinking juice boxes and finishing a bag of Goldfish crackers, the boys were ready to start their search. Kyle grabbed the map and followed the other boys out the door. The responsibility of leading his friends scared him. It felt like the most serious task he was ever assigned. Although he lived in town for a long time, he moved to the neighborhood the year before. It was a giant area for the little nine year old and he was uncertain that he could handle holding and interpreting the majestic map in his small hands.

“This seems a bit complicated, doesn’t it?” Kyle admitted. “The doodles aren’t completely clear. Some of them don’t even look finished.”

Annoyed by Kyle’s seemingly unnecessary confusion, Freddy sighed and said, “Kyle, all you have to do is hold the map. It’s not that hard. Where do we go first?”

Kyle looked around and said, “Go straight until you get to the big tree near Julianna Tucker’s house.”

The boys skipped over to the abnormally large oak tree in between the Tucker and Romano households. When they were close to stopping in front of the tree, they noticed that Mrs. Romano was in her garden.

The pregnant Mrs. Romano chuckled and shouted, “Nice to see you too, boys! It’s a girl, by the way. Only three months to go.”

“Bye boys! Have a good day!” Mrs. Romano waved goodbye to the group as she headed back inside.

“Now what, Kyle?” Juan asked and peeked at the map.

“We cross the street and take a left at the corner by Mrs. Fields’s house.” Kyle stared at the street corners until he found the right one. His strange sense of confusion was growing. For some peculiar reason, it felt as if the map was giving them contradicting, unclear directions. He tried his best to brush it off, because the paper was poorly drawn and by one of the other kids in the neighborhood.

“Oh, I know where that is. It’s the corner next to the garden where her cat pees.” Jimmy pointed at a large gray stone near the end of the block.

“Which cat?” Juan looked around. He always avoided going near Mrs. Fields’s house due to his cat allergy and because of how creepy the crazy cat lady was. Rumors of how she had three hundred aggressive cats trained to be in feline militias quickly spread around the neighborhood and the neighborhood’s children were especially gullible to the scary tales.

Freddy groaned, “All of them. We have so much left to do and I’m getting hungry.”

“Shut up, guys.” Jimmy rolled his eyes. “You know what? We’ve been tricked. Everyone is probably looking for what we are too. That definitely means Tommy and the bullies got it. We have to find the treasure before his group does. I think that Tommy got this map in his mailbox too. I’m sure every boy in this whole neighborhood has a map and is going on this scavenger hunt.”

“Maybe Tommy made it to mess with us!” Freddy gasped. “You know he’s the enemy!”

Juan asked, “Why would he want us to know that he has valuable stuff laying around? He would never want us to find anything of his, because he’s selfish. Maybe he would give us a few dollars, but I seriously doubt that. He doesn’t think we’re worth the time and effort either.”

Jimmy agreed, “That’s true. We have to keep going though. We can’t give up.”

Kyle’s brain was on the verge of exploding. Something seemed off about all of this, but admitting that he needed help would be an embarrassing defeat. “Can we have a break for a minute? I’m tired.”

“Sure. Taking a minute off won’t bring Tommy any closer to finding what we want.” Jimmy smiled. He knew how idiotic Tommy and his crew of bullies were, so he was not worried about them have super speed and intelligence.

The boys noticed that they were approaching their favorite park and ran over to sit on a long bench. Kyle still felt like he was in the wrong somehow with their whole adventure. Their neighborhood was now a labyrinth with too many twists and turns to count. Freddy was kind of oblivious to everything going on due to his cravings for chicken nuggets and macaroni and cheese. His hunger was overwhelming. Juan was growing bored of the hunt and started to find it pointless, but he did not want to disappoint his best friends. He worried about the time though, because his favorite episode of Spongebob was supposed to air at three. Losing track of time was not an option for him. And Jimmy’s determination was unwavering, he wanted to make sure that he found whatever the map was leading to first. Tommy making fun of him all the time was the main reason why Jimmy wanted to make it there first. He felt like he had to prove himself.

Jimmy stood up from the wooden bench and said, “Let’s get going again. We’re probably getting closer.”

Juan looked around and shrugged. “I’m not sure. Never mind. Let’s just go.”

Kyle glanced down at the map and then around the street. Juan was right, something was strange. Kyle was puzzled as to why the map seemed to lead them away from their neighborhood. He thought it would make the most sense for them to be near their houses, especially if the map was one of many meant for the other children in the area. Despite his growing suspicions, he went along with it. The new part of their adventure led them even further away from their starting point and closer to their elementary school. For several minutes, it seemed as if they were walking back and forth, as well as in circles. Jimmy, who was the most frustrated of the bunch, had finally had enough.

Jimmy demanded, “Kyle, I need to see the map.”

“Okay, sure. Here it is.” Kyle held out the map. He felt as if he was going to be in big trouble, for whatever reason.

Jimmy snatched the map from Kyle’s hands and closely inspected it, hoping to find out if they had taken a wrong turn or walked too far past a certain point. At first, Jimmy could not point out any obvious mistakes they had made, but then he looked closer and then found out that Kyle had made a very stupid mistake.

“The map.” Jimmy stopped walking and slapped his forehead. He gave Kyle the map and shouted, “Kyle, you had the map upside down the whole time!”

Kyle appeared confused. He flipped the map around and quietly said, “Oh.”

The boys plopped down on the grass in front of their school’s main office and Jimmy reluctantly asked, “Do you guys want to go back to my house? It’s been a long day and I want another Juicy Juice.”

The boys nodded and sighed. Kyle stood up and sighed. His guilt was overwhelming, and so was his exhaustion. He whispered to Jimmy, “Do you have any of the fruit punch ones left?”

In the boys’ eyes, their misadventure was a waste of time. Juan was not too disappointed, however, because the wasted time was much better spent on getting lost than on "Peppa Pig" reruns. Kyle was on the verge of tears, because he felt ashamed of his mistakes with the map. When the boys returned to Jimmy’s house, they devoured graham crackers and juice boxes. And to their delight, those boxes of Juicy Juice were the best ones the boys had ever drank.

Hey! Thank you :) and thanks for reading!

I really like your characterisation in this story. Kyle in specific was very endearing and I was rooting for him to get comfortable with his map reading, however, it made me smile when we realised he was reading it upside down all along... :)

Hey, thanks so much for reading my story! I write random bits and pieces sometimes and the ending was one of the last things I wrote. Thank you for the feedback :)