The doorway stands before us, a doorway in the shape of a perfect circle. It is bright in the other place, I can practically smell the sun roasting the sand underneath and see the places where the heat waves shimmer. Even though I know what will happen next, I still put the car in reverse and try to drive backwards. To turn around and go back to the place we just left. It doesn’t work.

“If only it was that easy,” Holly says.

“We could get out of the car, walk around it,” I suggest.

“Daisy, we both know that won’t work.”

Holly tries to open the door, without any energy. She does not disturb the calico cat, the size of a football, sleeping in her lap. When the door is jammed, she does not try to force it open another time. She's not tired, it’s just that she’s better at accepting the inevitable than me.

I sigh, and take a long sip of the green tea. It’s in a reusable cup that cost fifteen dollars. It was a nice cup, clear with some green leaf decals. My tea collection is in the backseat: assorted blends, kitschy infusers, and a small kettle. It’s a nice collection, and against Holly’s better judgement I’ve sunk a lot of money into it. She’s always telling me to be less materialistic, no matter what reality we’re in.

“The doorway isn’t going anywhere,” I say. “Do you mind if we just sit here for a while?”

“Sure,” She replies. I am grateful. There are times when this little dance of ours causes a fight. She’ll want to rush forward into the new leaving everything behind, as soon as possible. Those are the bad trips, where the bad and the ugly and the pain are all she is able to focus on. Holly can’t seem to remember the good things along the way too. There was one time when we had to go to the Middle Ages. We got horses, named Marian and Daisy, and I loved them. But when we found the next doorway, Holly just forced Daisy into a gallop, as if we could outrun the smell of smoke and the sound of screams. She didn’t let me stop and braid Marian’s mane one last time, and I was mad at her for weeks afterwards.

There are times where she tells me to drive until we find the doorway, tears streaming down her face, her voice sharp, and her heart cut to pieces. And I will, but we won’t find it because we haven’t finished what we were meant to do, and so we’ll go home and she’ll start crying harder than before, and I’ll hold her and run my fingers through her hair and tell her that it will be okay, it will always be okay.

“What will you miss most?” Holly asks, bringing me out of myself.

She smirks. “God, those were a waste of money.”

“They’re cute. They make me smile, hell, they make you smile.”

“No. They’re tacky and I hate them.” Her smile grows.

“Two things: the stars and the Pumpkin.”

It’s hard to disagree with her. Across all the places I’ve been, the planet we’re currently on, Blasiv, has the best stars. It feels like I can reach up and pluck them from the sky. And Pumpkin is pretty darn cute. We found her when we first got here, right outside the doorway. She was this tiny calico kitten, meowing her head off. Holly fell in love instantly. Our first stop was for milk and cat food.

Pumpkin was sleeping in Holly’s lap right now, and I reached over to pet the cat’s feather soft fur.

“Should we let her out here?” I ask. “It doesn’t feel fair, Pumpkin doesn’t get a choice in this.”

“Neither do we.” She replied.

“But we did, once.” I close my eyes and lean back in my seat. “Do you remember the first time?” I ask, it’s a useless question. I know she does, it’s impossible to forget.

“Of course.” Her left hand reaches out and intertwines with my right hand. “It was the day before your engagement party. You were going to get engaged to that jerk, Samuel.”

My lips quirk. “He wouldn’t even let me call him Sam. It was always ‘Mr.Beckett’ and ‘Samuel’.”

“We were in the wheat field, behind my house and you were listing all of the nicknames you could think of for me.”

She squeezes my hand. “And then I said, ‘I would go to the ends of the earth if only we could stick together.’”

“And someone heard. The first doorway was so small, we had to crawl through it.”

“We crawled on our hands and knees. Right into a rainforest. My favorite dress turned from a lilac dress into a white cotton shirt and khakis.”

“I was so proud of my hair, it was in such nice braids and suddenly it was all gone.”

“I do miss your hair from that first time. It was pretty, so long and golden.”

“If you could go back, would you?”

And I remember the time we saved sea turtles from a hoard of crabs. I remember that time we warned someone about an angry mob, and sneaked them out the back door. I remember all the times we led lost children to safety and gave widowed mothers a five extra dollars that saved their life. I remember that we are still here, and still alive. We are unbroken.

I remember that I got to do that with the love of all of my lives right next to me, cracking jokes, saving kittens, and loving all of these worlds and people with her raw and tender heart.

“No,” I say, and squeeze her hand and open my eyes, so I can look straight at her. “I wouldn’t give up this pain, or joy or you for the world.”

She nods. “We should get moving.”

I make the way up the dirt road and in the blink of an eye, and an eternity later, we are sitting on the precipice of the doorway.

“In this world and the next,” She finishes our mantra.

I accelerate and we merge into the next world. As soon as we are in, I floor it. It’s a long desert highway, a place I hope doesn’t have a speed limit, because I’m pushing our new cherry red convertible as fast as it can go.

Out of the corner of my eye I see Holly, who's wearing light blue, cat eyed sunglasses. Her hair is blonde this time, like fields of golden wheat. She pets Pumpkin, who is now a sleeping corgi. I wonder what she’ll think of waking up and being a dog. I hope she is okay with it.

Next to me in the cup holder is a glass bottle of cherry vanilla coke. I hate that stuff, I think. No, I used to hate that stuff I remind myself. Still, I will miss the nessie tea infuser. Right now is still the uncomfortable time when I am still a stranger to myself. But I will learn about myself, and really it won’t be that strange. I am a part of every person I have ever been, but also all the people I will one day become.

As Holly’s loose hair whips through the wind and she turns on the radio, to figure out exactly where and when we are, I think to myself, that surely, this can’t be that bad.

I loved this story! It was intriguing from beginning to end. I loved how descriptive and entertaining it was! Any chance you could stop by and give me feedback on my story, "Come Quietly" and like it if you enjoyed it? If so, thanks so much! If not, it's all good. Anyway, I look forward to reading more of your stories. Good luck! 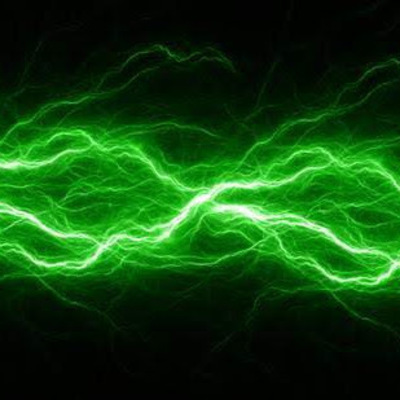 This is so cool and creative! It's so descriptive and interesting, and it's such an awesome concept! I really enjoyed reading it :)