that One Hour Friend

Mumbai (India) is known as city of dreams. Many come here just to feel its shine and lights which attracts crowd. People come here to fulfill their dreams. Tall high rise buildings with ocean view is breathe taking. One can stand there, fixed on the ground gazing those high rise buildings with awe. What a wonderful sight. But as we say everything everyone has flaws so does Mumbai.

Mumbai city’s lifeline i.e. Mumbai Local Train is the flaw. Yes, it supports commuter travelling from point A to B, but ever increasing population makes local trains heavily crowded. People struggle daily while travelling but along with struggle people make memories, friends. They call it train friends. Together they laugh and enjoy in that entire journey from home to office and back.

On one such day, I pushed myself inside the heavily crowded Mumbai local train; somehow managed to find place to stand in one corner. It was the best place to stand there since standing on the way blocks everyone from getting in and out of train. Also one gets into tiff as well at that place. So to avoid all mess and ignore everything around, I took that place. It was near to door so from there I can see everyone entering and exiting the train. Within the crowd, I saw one hand struggling to find its space in local train. Being a daily commuter, I understood it's not her cup of tea; she is not a regular commuter. She was facing the struggle of Mumbai local train crowd for the first time and the real struggle can be seen on her face and actions. I extended my hand to get her in.

Wiping away sweat from her face, she thanked me. I just smiled back to acknowledge her thanks and started watching some random videos in my mobile. With the loud music beats in my ear and commotion in the compartment, I heard a faint voice calling out to me. I looked here and there from the corner of my eyes and saw her looking at me and understood it's was she. I immediately removed earphones and asked her if she needs anything? Yes, in Mumbai local train, other than the silly fights, many times we find helping hand in that crowd, helping each other at the time of need, guiding each other (if someone is new in the city or local train). She wanted some water after all the struggle and hardships she did to enter in local train. Without any hesitation, I passed my bottle to her. While she got engross in drinking, I looked closely at her.

She looked tired and sweating in that screeching heat of summer. She was in her twenties, very much younger to me. We usually see students travelling in local train but she looked different from them. In fact different from the local crowd too. She doesn’t seem to belong from this city. She was a migrant. After she finished drinking water, she looked back at me to return the bottle. She thanked me again.

“Are you new in the city?” I enquirred.

We exchanged strange smiles. I was silent for some time and just when I was about to continue watching videos on mobile, she talked first, “I want to get down at Dadar station (name of one of the Mumbai railway station), can you tell me how much time it will take to reach there?”

I smiled again because I expected this question to come up.

“In One hour, aprox”

With nine years of travelling to and fro in Mumbai Local Train, it becomes very easy to guess the time and guide newbie.

That’s how we started talking. I am normally a reserved person in nature and she was completely opposite to me. But that doesn’t make me continue our conversation. She had that vibe on her face which kept our communication going on.

In that heavily crowded local train, she found a trust worthy person in me with whom she can talk about the city and enquire further more about the stay and lifestyle. She was college going student and new in the city. It felt great to guide her and pass on information which might be helpful to her. Talking to her surely made me put my mobile aside and we both engrossed sharing our experiences with each other. I connected with her instantly. We had so many things in common. As the train picked up its usual speed after every railway station, time passed in fraction of seconds. One hour was just about to end and her railway station was nearing. May be she missed to check on railway stations that just passed but sub consciously I was keeping a tap because I don’t want her to suffer by getting down on wrong station.

It was time for her to get down at her stop. Today my one hour long stressful journey just passed too quickly. I bid her goodbye and she vanished away in the crowd similarly as she suddenly appeared from there one hour ago. I don't know her name but she will always be in my memory lane as my "One hour friend"

Mumbai local trains have many stories within it. Just once while traveling in local train; try to look a little more in-depth. We create unforgettable memories here. It's a kind of small home on wheels. We celebrate festivals, birthday parties, cake cutting, snack parties, we fight, we argue, we have differences but again next day we run to get into our same local train, to meet those same friends again. Yes we have chat groups saved as "Train Friends". This is the term created by us and only we (Mumbaikars) can relate with it. It's a small happy family. We are like the railway tracks, always running parallel with each other, supporting and helping each other. A little bend can slow down our journey but will never stop us from being connected.

Next day I was again in the same local train, pushing every one, I made my way to a safer place to stand. As usual I cursed the heavily crowded local train and got engross in my mobile phone. I once again looked up to see how bad the crowd is and was once again disappointed with the crowd and their arguments on same old stories to continue the fights. I ignored it and was ready to put my earphones back, when I saw a hand from the crowd asking for help and requesting to pull her out from the crowd. I smiled and extended my hand to hold it. 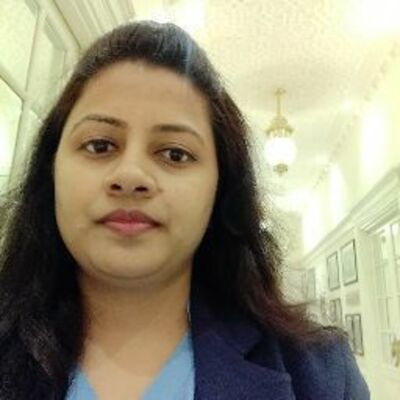