The summer vacation has started, which means no homework, no studying, no exam. I spend a few minutes of every day planning what I will do once the vacation started.

The bomb arrived on the last day of my exam; they transferred my father's work to a remote village for 6 months. Since the school was shut down my father thought to spend the vacation there.

This doesn’t stop there until my cousin Meenakshi came with us. She sat beside me in the car covered in a baby pink dress, her Barbie doll placed on her lap.

The ride was bumpy because of under constructed road. We arrived with a safe head in the house. I heard my father secured a housing construction deal. Looking at the area, I wondered whether people will come and live here. Far from the city, I hardly saw a clinic and school during the ride.

Meenakshi ran after my father she tightly clung his waistcoat as she looks back at me with a smirk. Twisting and turning in my bed, I tried to think about how to spend the vacation?

I forget my video games back at the house as we pack in hurriedly. I walked outside in the garden area to calm my rising anger.

A child was sobbing I stand up on the wooden box in the garden to look through the wall. A dusky boy was weeping sitting beside the man. His shirts and trousers torn in distinct places. He looked at me terrified I fall from the box making a thud sound.

My mom ran toward me with a fear-stricken “Ansh, what happens? How did you fall?”

My father came near the wall, looking through it. “Hey, what happened?” he asked I think to the boy as my mother walk me inside the house.

I hissed as the spirit came in contact with my scratched skin. “What do you think you are doing?” my mother asked I lowered my eyes.

My father came inside and walked straight through the kitchen. He came out with the food packet in his hand.

I leaned forward in my seat to take a peek at the door. The boy was supporting the old man; the baba gave him the packet, and they were ready to depart, but the father stopped him.

“Did you know household work?” father asked in his hoarse voice.

“Where do you live?” father asked looking the boy.

My father sighed and looked at my mother. My mother nodded her head, and they communicate without uttering a word.

“We are new here, you can help my wife in the household work.”

"Thank you so much, sir, you are God to us, "the old man uttered as tears shed through his eyes.

"You can start your work today only, there is dirt everywhere," my father said, "You can sleep in the kitchen."

The old man joined his hand in front of my father and elbowed his son to do the same. My mother walked away from the scene as the son and the old man entered the house.

The boy was looking at me with an intense gaze, sending a shiver through my body. Meenakshi came down with a scowled on her face as she looked at the old man and the boy. They both lowered his gaze, ashamed of their appearance.

"Take these clothes," mother said giving them our clothes.

It was early afternoon, and I was reading The Little Prince book as the dusky boy came inside my room with the cream biscuit. He doesn't look so bad in my old navy blue shirt.

"What is your name?"

"Shoaib and yours," the boy asked.

"Ansh," I said. "Do you want some?" I asked him. He seems to be malnourished for his age.

He was hesitant at first; I assured him with a smile. He sat at the end of my bed, his gaze fixed on the book.

"You know how to read," he muttered.

"Don't you know how to read. Reading is compulsory in the school," I said. "Where do you go to school?"

"It's so cool then, you didn't have to go to school," I said, "Playing all day, you are lucky to have such life."

"Why were you crying back there?"

"My father's health was deteriorating, and he needed food I don't know what else to do."

"Why don't you go to the doctor then?" I said, "He will give some medicine to your father."

He rose and stormed out from my bedroom without looking back.

The next morning I hardly saw Shoaib in the house I wondered whether I told something bad to him. It was afternoon the sun was standing tall in the sky I was not in the mood to read any story. I thought maybe I could play with Shoaib, so I searched for him.

Shoaib was working in the garden area he was picking up the vegetables. I walked toward him, "Do you want to play?" I asked.

He looked at his father as he gave his approval. "We can play catch game," I said, looking at the ball in my hand.

He nodded eagerly and stand opposite to me. A giggle escapes my mouth as he was having trouble catching the ball. Meenakshi came out with her barbie doll in his hand.

"Ewe... Ansh, why are you playing with him?" she said sitting on the stairs. Shoaib shifts sideways, looking at the ground.

"He can't be your friend, he is a servant here," she said.

Shoaib and I grow close together in the few days I get to know more about him. How his mother died giving birth to him. He had only his father as a family. He is poor and malnourished because his father doesn't have a steady job.

"What does astronomer means?" Shoaib asked as I read the little prince book to him.

"Do you have many friends?" he asked.

"Yes, I had quite a few in the school, in the tuition, in the building," I said his face sunken.

"How many friends you have?" I asked.

"Only you," he said with his glowing eyes.

"Let's go to the garden area," I said, running down the stairs.

We stopped at the apple tree on the extreme end of the garden. I pick up the stone and started carving on the tree. Shoaib looked at the motion of my hand.

"What did you write?" he asked as I threw the stone.

"Shoaib and his only friend Ansh," I said as he touched the craving. 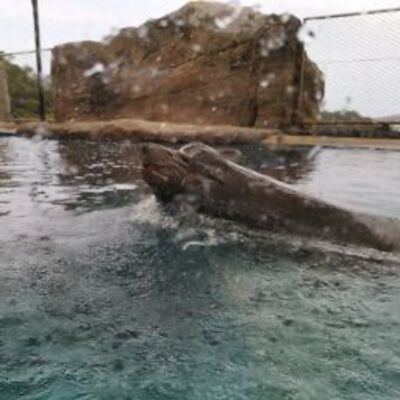 It is a heartwarming story and I like how you allowed some time to pass before they really click. I suggest at the beginning, you can make the situation much more frustrating by emphasising on how it could be different usually, and how this one time so much happened. But overall I liked your story! If you do not mind, do come over and feedback on my story 'Overcoming all odds' Keep up the good work!