I gaze up at the stelliferous sky, entranced by its simplicity; the way a black canvas with sparsely placed blotches of white can evoke emotions that are ineffable. Not only do I want to be intimate with this black hole that engulfs me entirely, but I want to do it with the person next to me. I only ever want to do it with her.

The majority of people that I’ve come across believe that a soulmate is your significant other, but that’s only a fraction of the defintion. To me, a soulmate can be anyone, but also, not just anyone. It’s the person that is fundamentally different from you, yet so intricately in tune with your being. The person who knows your heart even before you let it bleed, and can lend their own blood when yours runs low. Not only do they enact numerous flowery metaphors for you, but it is also wholly reciprocated as your essence wafts perfectly with theirs and blends to make the most unique version of itself. For me, my soulmate is my best friend, lying next to me and looking up at the same sky.

“I just realized that I think in metaphors, like, a lot” I remarked as a blip of red light flashed across the sky. I knew they couldn't, but my primitive thoughts infiltrated my mind like they always do when I see a plane pass by. Could the people, all those miles away, see me? If I waved vigorously, would a kindred soul be able to catch the blur of my hand, and would they respond? Would it remind them that even though they’re all the way up there, and I’m all the way down here, we’re still connected? Would it make them smile?

“They can’t see you” Zairas voice was light and airy as she playfully shoved my mid-wave hand away. I knew that even if I hadn’t waved, she would have known exactly what I was thinking. This made me smile, turning my head to the side to share it with her. She was the most beautiful girl I had ever seen, truly. She wasn’t wearing her hijab right now, since she was in the presence of a fellow female, but even with it, she shone as bright as the stars. Her shoulder-length black hair was sprawled out on the grass, almost blending in with the dark. The only aspect of her existence glowing physically in this moment were her light brown eyes, as if the stars had made it their mission to add a twinkle to them. Her facial features were a silhouette against the night, but I could still map it out perfectly. Every imperfection, from the beauty spot near her right eyebrow to the hole in her nose that was currently devoid of a piercing.

“It’s always getting in the way of my eyesight when I’m trying to look at my fat nose” was her reason for the ritual of taking it off every night.

“Your nose is NOT fat and you know it” would always be my response, and it’s true. Her nose was quite thin actually, and it looked gorgeous with a ring.

“You’re so pretty man” I vocalised my thoughts as I continued exploring her face.

“And you’re so ugly ew” she retorted, feigning, very badly, an eye roll.

“HNNNKH” I snorted, and she immediately did it back, until all your could hear in the silent milieu was what sounded like a bunch of half laughing, half screaming pigs. I understand that this would be quite a disturbing scene for fresh eyes, but to me, it felt like the most natural thing in the world. I don’t even know when it started exactly, but we now had a selection of animal and other wordly noises we could make, just for fun. There wasn’t an explanation for it. There didn’t need to be. It was just us, doing our thing. Together, and alive.

“We’ve come so far” I sighed after we had both calmed down, in stitches over our noise fest.

“I know right. Who would have ever thought that those twiggy girls from year three would turn out to be strong, mature women. We’re like, so cool” she slipped her hand into mine and swung it up, tracing her fingers between mine.

“RIGHT?” I chuckled, aware of the fact that we often spoke, and truly thought very highly of ourselves. Quite narcissistic actually, but we knew that our intentions were always pure, and that we were pretty much always on the same wavelength. That’s the thing about growing up with your best friend; you slowly but surely end up curating similar mindsets that make it almost impossible to have a genuine disagreement. You simply understand each other, and through that, understand yourself and what it means to be human.

It occurs to me just how special this night is, and how it will define the rest of our lives. This was the last time that I was going to see Zaira again for a long time. We were about to leave our childhood behind and set off for the big, scary world. It was time to go to University, and the most novel thing about it wasn’t even the fact that the education system there was a whole new ballgame; it was the dull realisation that it would be the first time we weren’t going to be in the same school together. This was especially disheartening since we’d moved to new schools together for our A levels, meaning we hadn't ever been apart for the most part of our 18 years. She was going to the UK to study and I was going halfway across the world to Australia, leaving behind an abode we had made so familiar and warm. There was nothing we could say throughout this whole night that would prepare us for going our separate ways, and the aura of that overtly mingled between us in the misty air.

“Emerald” Zaira finally broke the silence that had descended upon us, not that we minded our silent moments, but we both knew the weight this one held.

“That’s my birthstone, and yours is topaz right?”

“Nope, Topaz is for Scorpios born in

November. Mine is Opal”

“Oh, right. Well...remember you said that we should get matching birthstone necklaces before we go off to uni? What did you call them again?”

“Soulstones necklaces” my face lit up as I recalled having that idea, excited about the fact that my newfound ardour for astrology had transferred to being one of her interests too.

“YES, those! I think it’s such a sweet idea. I mean, the bond between a Scorpio and a Taurus is undeniable, we prove that much. Just the fact that even though I’ll be in a foreign country and completely out of my comfort zone, looking at that stone will remind me that I’ll always have a piece of you inside my soul. You literally make up so many parts of me, I can never thank the external forces enough for leading me to you that first day” and even though I was the writer, sometimes her elocution warmed up my heart.

“Yo don’t make me cry okay” I gave a small smile, already feeling emotional about our near departures.

“It’s okay if you do, that would make two of us” she squeezed my hand, and just like that, we were sobbing and laughing and sniffling and coughing and vocalising all our hopes, ambitions, fears and just about everything that would come to mind.

And just as quickly as it came, in that moment, in that sappy, magical moment, I realized that I wasn’t sad anymore. I wasn't sad because I knew I had found something in her that people take a lifetime looking for. Not only had I found a best friend, I had found a sister, a platonic split apart. I had found a soul mate, and I knew that even if we were miles apart, we'd always still be in each other's heart.

With that in mind, I gaze up at the stelliferous sky, entranced by its simplicity; the way a black canvas with sparsely placed blotches of white can evoke emotions that are ineffable. Not only do I want to be intimate with this black hole that engulfs me entirely, but I want to do it with the person next to me. I only ever want to do it with her.

The friendship between the girls have been conveyed well. good work! 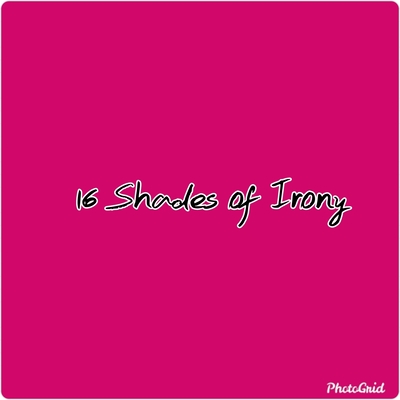 Beautifully cnveyed the varying emotions. Even the structure did the work. Hey! Can you review my story Haven? I would be thankful.

Thanks so much! And yes I always check out the stories of people who've commented on mine :D 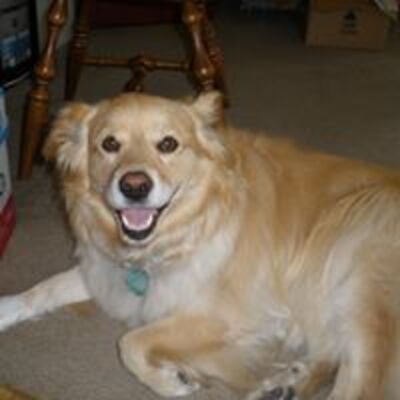 The depth that you went into to describe Emerald and Zaira's friendship is wonderful! Great job!

Haha actually I didn't mention the name of the narrator, but easy mistake. Thanks a lot! ♥ 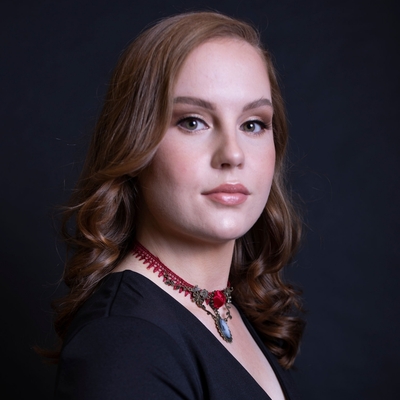 Beautifully written. I really enjoyed the raw emotion of it all.

Thank you so much! ♥ 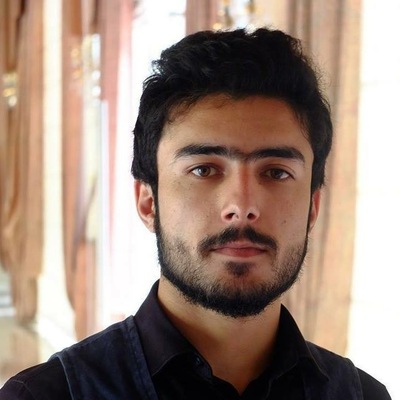 it was an amazing read.

your writing deserve appreciation. you've got a clear expressive diction. in addition you've nicely put the scenes in an organized manner.

I appreciate that so much, thanks a lot 🥰 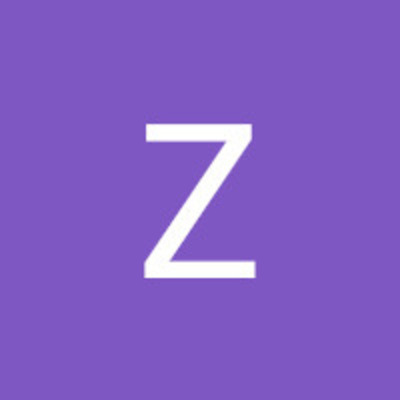 The way you convey emotions is really strong. Good job :)

Wow! What a beautiful story. So much emotion and want. The metaphors are so fantastic. Great job!

That means a lot, thank you so much ♥

Love the way this is structured, you can immediately tell how close they are and how much they care for eachother.

Thanks so much, I'm glad my message came out clearly! :D 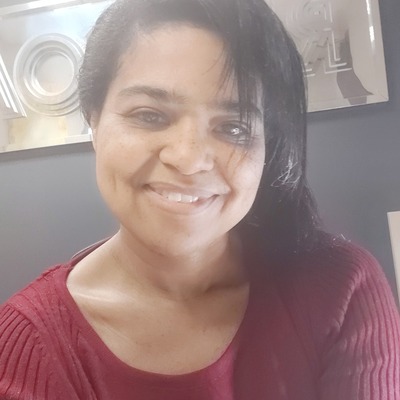 A beautiful story and exquisitely written🌺🧡

Thank you so much! ♥

Beautiful story. I loved the emotional bits a lot. Hey! Can you review my story Haven and leave a like? I would be thankful.