Only In The Darkness Can You See The Stars

Night fall has finally rolled over, bringing mysterious demons of it’s own. I lay on the wooden bench on my porch gazing up at the millions of stars sprinkling and shimmering in the black velvet sky looming above me. It had rained earlier in the day and the smell of rain still hung in the air. The dampness of the bench slid through my body, making me shiver in the cold and I gathered the fleece blanket around me. As the fabric rubbed against my sensitive arm, I winced in pain. I lightly moved the blanket away exposing my arm and stared. The angry red welts on my pale skin glistened under the moonlight and tears pooled in my eyes at the sight of them. The pain may not be there after two days. The redness may disappear after a week. But the humiliation those welts caused in me- it’s going to stay in me forever as a warning, as a reminder. I had promised to my mom that I would be stronger than her. That I would fight harder than her. I have failed myself and I have failed her too.

Before the darkness engulfed me, I see him- the grey haired man of fifty or so standing in the shadows. He steps towards me in confident strides. As I watch him curiously, he kneels in front of me and I follow his gaze. It’s fixed on bruised hand. Before I could hide my hand under the blanket he reaches for it. He examines the bruises for a while and then he delicately touches them. He glances up and looks right at me with his huge eyes and whispers, “Come with me son.”

My mouth is too dry to speak, but I still manage to croak out, “Are you an angel or a devil?”

“Good luck!” The Chief shook my hand firmly with an encouraging smile and I reciprocated.

I was just handed my new assignment! A department store owner wants me to investigate one of his security guards whom he suspects of stealing money from the shop. The guard has been a loyal employee for the past ten years. So the employer wants to do a background check on him before he goes to the police. I would be lying if I say I wasn’t disappointed at first. I was expecting something much more high profile. Five years as a junior private investigator. Same company. Same boss. And the same kind of cases too, every single time- disloyal employees and cheating spouses. Do I not deserve anything better than this? I almost asked my boss to reassign me before I started having second thoughts.

What if he is part of a racket? What if he decides to move on to bigger crimes if he is not caught now? Reassuring myself that something unexpected is awaiting me at the end of the journey, I decided to sign the agreement. Maybe this is my chance to finally prove myself.

I picked up the thick folder containing the guard’s information and walked towards my car. Before entering his address in the GPS, I read the notes again.

Simon Andrews, 38 years, 6 ft. 2 in, no record of previous offenses. A wife and kid are mentioned, details unknown. According to the attached schedule, he is supposed to be on day duty today. All I need to do is, somehow gain entry to his house pretending to be a long lost friend, provided his wife and kid are not too wary about letting strangers in their house. It had worked before. So I don’t see any issues there. I have been following the same pattern ever since I joined the firm.

Forty-five minutes later, I parked the car near an abandoned bus stop and walked up the narrow path leading to the guard’s house. As I approached the house, my trained eyes took note of the surroundings. The house was in a pathetic shape; saggy roof, windows with cracked glasses, overgrown grass all around.

The front door was open, but no one to be seen. I knocked softly and waited.

I looked down and came face to face with a little boy with unkempt golden hair who looked about five, but a bit thinner for her age. His clothes looked dirty and worn out, and there was a stench coming out of him, as if he hasn’t showered for days.

“I am a friend of your father. Is he here?” I asked him with a friendly smile.

“I don’t know where he is.” He said, with a smile imitating mine, but not really reaching his eyes.

“Can you call your mom then?” I peeked inside for any signs of another human.

His eyes turned glossy with unshed tears and I immediately regretted my question.

“ Are you alone here?” I dreaded his answer as soon as I asked that.

He nodded his head, a shadow falling over his eyes.

Who leaves their child alone in a house that looks worse than a cow shed? I wondered.

Feigning nonchalance, my eyes scanned the room I just stepped into. Apart from a small dining table and a broken chair, it didn’t have any other furniture.

There was a half eaten sandwich on the table and the bread looked suspicious.

The shop owner said that the guard had been stealing big chunks of money for so many months. If this is the way he lives, where is all the money going? Something doesn’t add up.

Frustrated that I came all the way here for nothing, I turned to leave.

“You leaving?” The boy was right behind me.

“Yes. Tell Mr. Andrews...I mean...Simon that a friend stopped by. I will come later.” I said, unable to hide the disappointment in my voice.

“Who is Simon?” He asked, his voice tinged with curiosity.

“Now what kind of question is that my dear? You don’t know your father’s name?” I affectionately patted his cheeks.

“Of course I know my daddy’s name.” He rolled his eyes, looking slightly offended. “It’s Bobby. He drives big trucks. Sometimes he goes away for days. I get so scared and I can’t sleep. ”

The little boy kept talking, and all I could think about was finding the man and beating the hell out of him. He left a five-year-old alone to fend for himself? He doesn’t deserve to be a father. People like him never do…

I pulled out my phone and scrolled through the notes again.

Simon Andrews, 53 Squares. What a stupid mistake to make! Instead of 53, I entered 35 in the GPS and here I am, in the wrong house, making a little boy upset. Had I found anything suspicious, an innocent man would have been in jail. It might have ended my career too. Realizing the gravity of the mistake I was going to make, a shudder rose from me.

Shaking my head in disbelief, I walked towards the door, but stopped in my racks hearing the tiny voice.

“Can you buy me some bread before you go? My daddy taught me how to make jam sandwiches, but the bread has gone bad.“

The pleading look on his face at the moment? It’s so familiar, like looking at my own reflection in the mirror. But that was years ago. In another life, full of darkness and self- loathing until the light came looking for me.

"Son, if you ever get a chance, be the light for someone." A voice spoke in my head, causing my body to tingle like a jolt of electricity just passed through it.

I knelt down in front of the boy, my face at the same level as his. I slowly lifted my hands and held his face in them. Then I looked straight at his confused eyes and whispered. “Come with me son.” His eyes widened in surprise at my strange command.

I smiled at the innocence in his question.

“An angel.” I replied with a grin and he smiled back, though a bit hesitant.

I stood up and offered my hand to him. He stared at it for a moment before extending his hand.

As we walked out together, leaving the door open, I glanced up at the bright blue sky.

Soon the sun will disappear behind the horizon, giving way to the darkness of the night. The stars will be beckoned again, bringing light of hope for the dark souls.

Very good. Funny some times the things we perceive as a mistake turn out to be divine intervention. Your character transposed the numbers in the address which led him to the boy. If the P.I. goes to the address provided by the chief what would have become of the boy in the following weeks or months.

Thank you for reading and commenting Elliott. There was divine intervention in his life and it saved him. And then he got a chance to be the saviour unexpectedly.

Wow, I love this story. What a beautiful observation, "Only in the darkness can you see the stars."

Thank you so much for reading! ‘ Only in the darkness can you see the stars’ is a quote by Martin Luther King Jr. I wrote the story based on it.

This was really nice. I loved the development of the main character and how you managed to tie the beginning and end together. It was like a nice bow on top of the whole story.

Thank you Lara! Appreciate you reading.

Thank you for reading! Appreciate it! 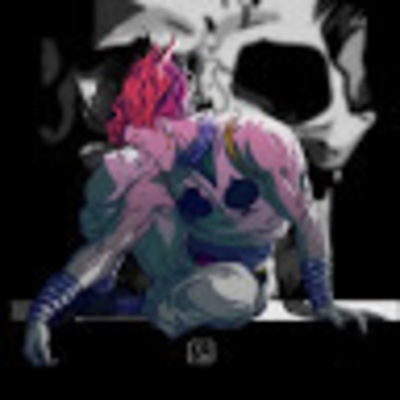 Oh myy, this is amazinggggg, like, it links the lady and the child rlly well, and uwu, its just a rlllllly nice nice nice stryyy, uwuwuwu

Thank you for reading Annora! :) 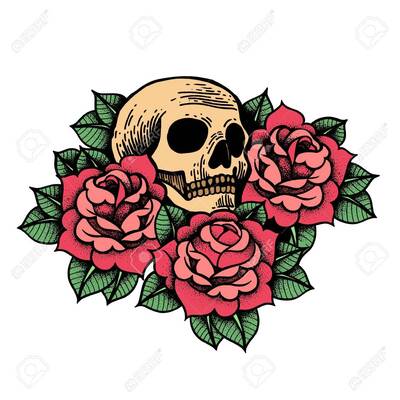 You never fail to impress me! and I LOVE the fact that the title is a quote by MLK. Wow, just wow. :)

Thank you! I love that quote! I couldn’t think of a better title.

This was a beautiful story, well written. I loved the connection between the beginning and the end, it was so sweet :)

Thank you for your wonderful feedback!

I love this! You definitely pulled on some heart strings and made me love the main character all the more. And that ending paragraph was done very well!! Now for the nitpicking: "An Angel.*" I replied... should have the comma at the end instead of the period, since the sentence ends with a dialogue tag. Earlier up, you first said it was a boy, and then said "....but a bit thinner for her* age..." But aside from some grammatical/punctuational errors, the story was well done! Thank you for reading and liking my story "A Crime Forgot...

Thank you Daisy for reading and commenting. I had noticed that I put ‘her’ in one place but before I could correct it, the story was already approved.