He blew smoke and opened his eyes

"No stars tonight. You see any?"

"No, there must be clouds. I can't even see the moon."

"Haha yeah, it was awesome dude!"

"Passed out on the living room sofa. He had a lot to drink."

"Should we wake him?"

"Nah, let him sleep it off. His folks come home tomorrow night."

"Dude we should clean this up before they get here…"

They looked around the backyard. Empty beer cans, wine bottles, flipped chairs were scattered all over.

"Yeah, I wouldn't worry too much. His parents are stoked he got into art college. His dad even left the key to the liquor cabinet."

"God what a fun night. I wish it would never end. Are you tired?"

"No, I'm wired. I could go again, party till tomorrow night."

"Really?" The other boy chuckled and puffed from his cigarette. "When did that happen?"

"During the Carpathian Forest headbanging contest. I was pouring myself a glass of wine when she called me over. She said let's go somewhere more private. I wanna tell you something.

"She grabbed my hand and led me behind one of the stone pillars. I held her close in my arms and kissed her."

"Oh boy her lips are so soft and warm. It was crazy. "

"Congrats man, I know you have a thing for her. So are you together now?"

"I don't know. I'll play it cool and see what happens. But to tell you the truth-"

"Pff shut up you're so in love with her. Play it cool…"

The boys laughed out loud, leaning back in their foldable yard chairs. They were young and carefree, best friends spending precious time together.

"Can't believe it's finally over."

"Christ dude, I'm gonna be a doctor. And you, a lawyer in Bremen."

"I know, I still can't come to terms with it. The look my parents gave me when I read the acceptance letter…"

"We gotta make this the best summer ever. How much time do we have left?"

"Let's see, the holiday started one week ago, so that leaves three months for you and two for me."

"Well, this party was a nice start. We have the concert next week, then the trip to Budapest-"

"A few days by the sea and a trip to the mountains. That's our lineup. We need to find more stuff to do."

"Don't worry about it, I have a feeling it's gonna be a great summer."

"Here you go. Let me just put another log on the fire. We have Pisswaters and Buttclench. Which do you want?"

"You should get used to it. There is a major brewery in that city and it's owned by the Piss Family. Pisswaters, Pee's Knees, Peeleaf, all of them are their product."

"No way dude, I'm getting my drinks by eBay if I have to. Or I'll switch to wine."

"Now that's something I would love to see. All the shit you gave me about drinking wine these past years…"

"Hey, you're right. I officially apologize. It's none of my business what's in your cup. Besides those college chicks dig wine drinking french boys."

"Man my head is pounding. What time is it?"

"That's cool. I knew I could count on you to help me clean. Hand me a beer, I need to sober up."

"That's a myth, Freddy. Drinking more will get you drunk again."

"No, it is not. Drinking through a straw is a myth. It doesn't get you drunk faster."

"No boys, those two are scientific facts."

"Is that so, doctor?" What about ash in your beer? Does that get you drunk faster? "

"Speaking of gross, french boy made out with Johanna."

"Laugh it up but I promise you this: you'll rue the day you made fun of Dr. Frenchie, surgeon extraordinaire. His hobbies include wine slurping and kissing girls under the cover of darkness."

Freddie nearly choked on his beer, Alan fell from his chair and rolled on the manicured lawn. Ivan chuckled and struggled to finish his sentences.

" What are your plans? Are you gonna stay on campus?"

"Well mom and dad are so proud of me I could ask them to pay rent for a small apartment. But I want to be right in the middle of the party and that's on campus. That extra cash in my pocket is key to my happiness. What about you guys? Are you gonna get jobs? "

"At the piss brewery…"

"Haha, no way man. I'll manage with what my parents send me and the job."

"I can't get a job, classes take up most of my time. But if I study hard I'll get a monthly sum of money from the university. It's quite a large sum…

Freddie wobbled and lifted his beer can.

"A toast! I love you guys! I'll come to visit every other month."

"We'll spend all our spring breaks together!"

"We're finally living the dream. Let's not waste this summer and make it our wildest."

The boys drank and partied until dawn was upon them. The fire was long gone. Ivan and Alan carried Freddie inside. They sat him down on the couch and tucked him in. Slowly the two friends tidied up the yard. Alan lifted his gaze and said

" Look at that. Is that the morning star?"

At that point, Ivan turned his rake upside down and strung it like a guitar.

"Here I am in the land of the morning star!" 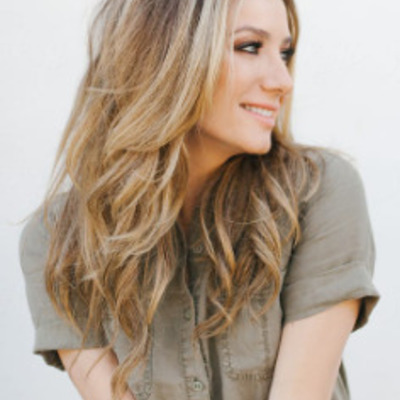 great story! Your typical best friend story that everyone can relate to. keep writing!

do you have other writings? 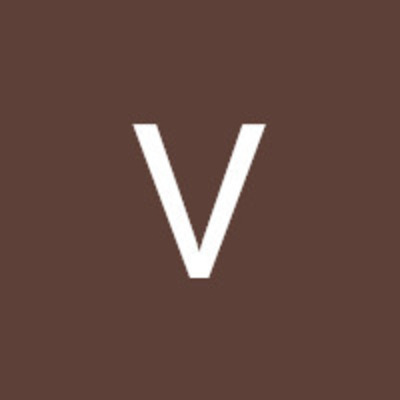 That was a great story. I like how you pictured the pure friendship that seems perfect for a moment. 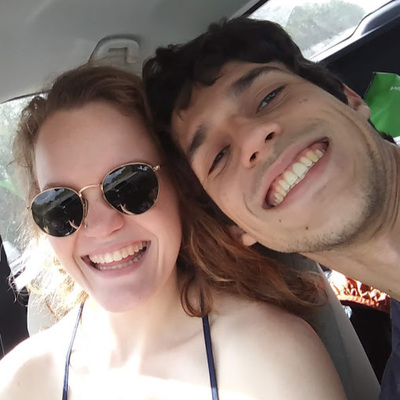 I really like the story. It was refreshing to read and it was easy to imagine the convo. Sometimes it was hard to know who was talking however since it was so dialogue-heavy (although that same use of dialogue helped give the story a more personal feel). Maybe experiment with different ways of letting the reader know who is talking without being too explicit. keep writing, it was great!

Oh, thank you so much, Guille! I'll try to add some unique traits to characters next time. It will be easier for readers to keep track of. Thanks again

That is my only critique as well. The voices were a bit similar. Needs to differentiate a bit. Believe me, I know it's hard to keep from doing that. I do it all the time! Great piece.

What a great sense of humor. It walks a fine line between a short story and a comedic sketch and I don't mean that in a negative way. The characters are extremely relatable but rather static and hard to differentiate. There is a lot you could do with a sense of humor like yours, I think from a technical standpoint you're doing quite well. Grammatical errors don't matter as much as showing purpose in your writing. Through some effort your humor can make a wonderful writing career.

Thank you Chelsy! You are very kind, I'm glad you found it funny. 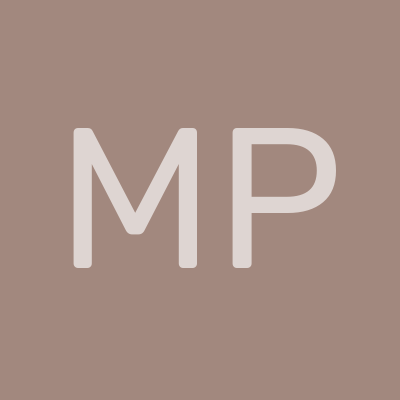 😄 Thank you Maureenj, I like people with a sense of humor.

A few mistakes, but otherwise a great story!

Thank you Yerra. Sorry my grammar sucks and my grammarly keyboard isn't the best. English is my second language

Haha, oh man, I love your stories! They're so hyped and sound like your best bro would be talking to you. Your take on dialogue is so good that you're able to tell a whole story just through talking. And what a party. Beer and headbanging go together like chains and leather. Keep rocking on that keyboard, man! \m/

Thanks, Harken!!! I'm a big fan of your work. I like how you write a broad specter of stories: fantasy, thrillers, dare I say self-help :). Stay frosty

Haha, thanks Miles! I like to think of self-help as a manual towards being the most badass version of yourself you can be ;)

Hi!! I really truly love this story, and it would be amazing to see more of your writing! It would be awesome if you read Daryl Gravesande's stories, and then like and follow!! His favorite is the first! Then please spread the word! I would gladly do the same for you! Thanks so much for the support! Stay safe!-Avery. 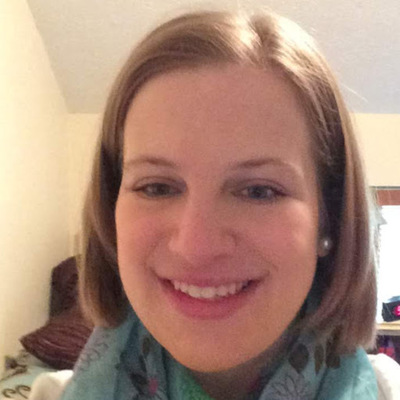 Haha, love it. Your humor is great and its really authentic and entertaining

Loved the story! Wish it was longer though, I want to read more! Fabulous job! 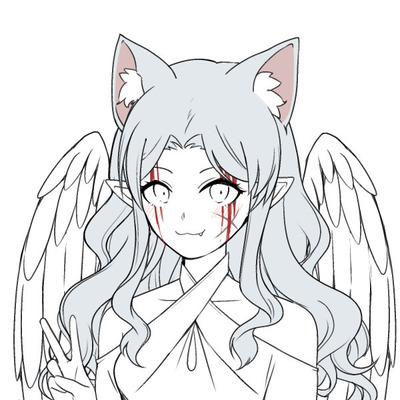 That's why I never stayed late at parties. ;)

good story, Miles. I liked it a lot. Brought back memories of a 'last time together' weekend I had. Funny characters here and the repartees were great. Well done.

Thank you, Roland! Much appreciated

Good story, but I couldn't honestly figure out who was the main character, if there was one.

Thank you Rosey! I don't know, I like all three equally.