The new age of information

Clouds present during the day have since hidden away somewhere as if afraid of the dark, allowing an unimpeded view of the abyss above. Far off stars look like minuscule specks of yellow light dotting the sky like a splatter of paint across a dark blue canvas. The sun has fallen below the horizon, and instead of its usual bright energy, its brother provides a pale glow.

The few trees surrounding me grow from small patches of dirt, with their roots often sticking out from the ground. Their trunks are narrow and cover themselves in a smooth brown bark, with slim limbs protruding from the top half. At the end of each branch are numerous patches of green needles.

Various bushes and shrubs also pepper the rock I lay on, growing between tight cracks in the surface. Each one has a different appearance, with some being a dense bundle of branches, and others being a thin brown pile of stems.

From where I sit, I can see a dense forest littered with trees, dwarfing the modest amount of plant life around me. For each tree near me, at least 100 enormous ones occupy the woods below. Thick foliage protects the forest, shielding the ground from any sunlight, and blocking the outside world.

I dangle my feet over the rock’s edge as I lie looking up at the stars. A breeze rustles the nearby greenery as I peer into the desolate void populated by the luminescent dots that shine down on me.

The night sky is filled with the wonder of the last remnant of mystery left in our world. In a different time, people would stare up at it for hours, pondering the meaning of life or some other frivolous question and still get no closer to answering it. That kind of thinking served no use then and serves no use now.

Ample research created conclusions to any and every riddle that has ever plagued man. Any enigma as to the origin of our species, or reason for our being has been solved, and the proposed solution checked a copious amount of times until any debate regarding it can no longer be sustained due to an abundance of irrefutable evidence.

Great questions posed by even greater philosophers have come and gone, their answers being found to exist causing the once-revered men to fade into obscurity. Subjects referencing them and their ideas serve no use in the modern day. No question ever posed has gone unsolved, except for one.

As I stare into the sky, I find it reveals no more to me than any man before. It taunts the fact that I’ve fallen victim to its trap, allowing me to think I may be the lucky one to uncover a mystery no one else managed to.

Long ago when the world still retained its innocence, humanity sought out answers as if they were the expensive hide of some endangered animal. Every new solution garnered praise and recognition. The names of scientists and philosophers held more significance and recognition than any celebrity actor or musician. With every new study or thesis published, they would be encouraged to conduct more research, and as they did the public rewarded them with more admiration.

The adoration given to them by the public soon turned into obedience. With each passing day, their power grew. People who had once been unremarkable turned into forces that entire countries looked to for guidance. It didn’t take long before these scientists became the leading authority of nations around the globe.

Philosophers were quick to denounce the ways of the power-hungry scientists. Discussions concerning the certainty of all knowledge yielded frightening conclusions. They warned against the rapid advance of intelligence, and the effects it may have on the world.

The new leaders declined to obey the advice of the philosophers and instead continued with their pursuit of new ideas. Every day, the world got smarter. As the new world leaders dedicated all resources to discover the undiscovered, science made advancements at an unprecedented rate. Society united under a common goal until only one question remained unanswered.

For years the question remained at the forefront of the public consciousness, tormenting people and urging them to discover a reason. Renowned scientists toiled away, searching for any clues that may aid them in their hunt for the truth.

The task proved to be harder than any before it. The answer seemed to evade capture like a wild animal fleeing from a hunter. Every time it seemed as though someone had gotten close to answering it, some new variable skewed their research, setting them back years.

With time, each scientist realized the pointlessness of their quest. One by one, each of them accepted the fact that an answer didn’t exist. With nothing left to search for, they joined the billions of unexceptional people going about their lives.

After the rise and fall of the scientists, most people became disinterested with life. A dull monotony swept the earth as time passed each day slower than the last. With limitless knowledge, nothing was left to the imagination. Anticipation had become a relic of the past, and with it went any sort of excitement.

The working class turned into an unworking class. Farms, factories, and pharmacies had no employees to sustain them and were left deserted. The upper and lower classes abandoned any imbalance between them to unite under the unemployed union.

For weeks, the streets remained empty as people stayed in their homes living off of the sustenance they owned. During this short time, human life consisted of nothing more than a constant state of bored apathy, as nations withered away with no purpose.

As most people wasted away in their homes, a meager portion of the population resisted this gruesome end. These people ventured from their dwellings in order to gather food and other supplies from nearby stores.

Every man lived for himself and saw any other as a potential threat to his life. The few who still had purpose inhabited various grocery stores, gas stations, or roamed the streets in search of leftover scraps forgotten by some clumsy stranger.

I was one of the ones daring enough to venture out of my home in search of food, smart enough to ration it for years, and lucky enough to not die in the process.

The search for answers has been successful in some sense. Through extensive effort, Our species unlocked all the knowledge we could ever want, but the consequences of this unquenchable thirst for education have unleashed a curse on the world.

I sit up to look at the lush vegetation beneath me. The edge of the horizon is beginning to light up with a brilliant orange, showering the world in a comforting warmth. While still dangling my feet over the edge of the cliff, I look to the sky once more to find all but one star have vanished.

Closing my eyes, I prepare myself by taking a singular deep breath. I take one last peek at the ground, before forcing my eyes shut for good and leaning forward. As I hear the wind rushing past my ears I wonder What will I see on the other side? 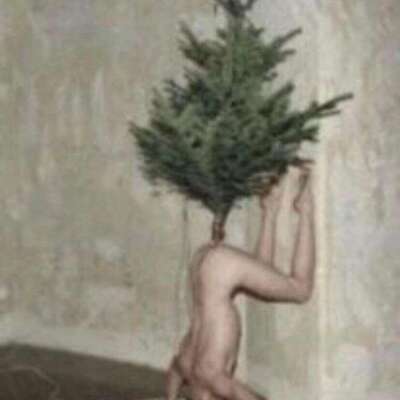 Visually fantastic descriptions, tight editing, easy structure... maybe this story is a forest of its very own, Sebastian. :)

What a wonderful story!! This was so well written with beautiful word choices. The way you described the scenery was so clear in my head and your similes were amazing. Really great job with this one!

Wow, this story is very well-written! I love the philosophical take and the way you described the nature in the beginning. 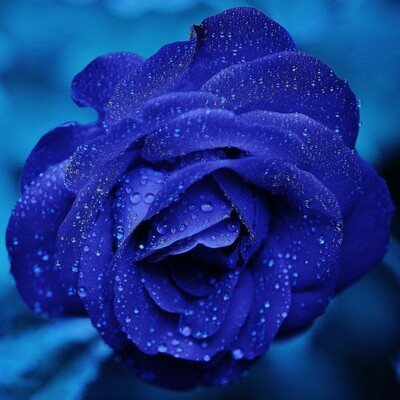 Nice story! Can you read my story and give me feedback? It's called "THE TIME HAS COME." It's for the same contest. Thank you!