Why do cigarettes feel different after a pity party? A quite long one at that. It’s been days since I’ve last talked with Jaime, and it’s been even longer since we’ve broken up. It’s 2:43 AM. It’s amazing how a few words can change what you do at a certain time. I wouldn’t have been crying my eyes out a few weeks ago at this time. On the contrary, I would have been texting Jaime until the sun peeked its rays over the cityscape. I would be spending hours sending texts that poured my heart out to him, and I would have been reading texts that made me feel like he too was falling in love with me. He wasn’t.

That is why, even after months of trying to move on, I’m still watching the night sky because they remind me of him. How do I escape the blue-black blanket that encircles the world I live in? How do I stop myself from admiring the sky, with the same stars I swore, were in his eyes too? How do I leave when I’ve been told to stay at home? How am I supposed to leave the thoughts about him when I’m trapped in the same apartment that we-

I snapped my head around to face the voice but found no one behind me. My apartment, although dark and messy, can not hide anyone inside.

Turning to the right of me, I see who it’s from. It’s my neighbor’s kid. What was his name… Jimmy? Timmy? Another name that rhymes with ‘-immy?’

“Oh hey…” I scramble for something to call him and say, “You,” It’s a perfect save. “What are you doing up this late?”

He ignores my question. “You smoke just like my Dad.”

I inhale a puff, keeping it inside for a few seconds, and I let it go. “And?”

“Isn’t it past your bedtime?”

“Isn’t smoking bad for you?”

I roll my eyes and head backward. This kid is relentless, isn’t he? Rather than get into an argument with a kid who probably has experience trash-talking random strangers in video games, I crush the cigarette bud into the balcony railing. This isn’t goodbye, my friend. I’ll light another one of your buddies when this kid goes away. I hear a faint ‘thank you,’ and I mutter “No problem.”

Instead of leaving, he asks, “So what’re you out here for?”

There’s silence, and one glance at the kid tells me that he’s waiting for me to ask him why he’s outside. I sigh. “And you?”

He smiles, and even in the low light, I take notice of the blue braces adorned his teeth. “I’m like you. It’s my first time outside in weeks.”

There’s another awkward silence in the air, and rather than let the silence continue, the kid decides to pester me again. “Were you crying?”

“Because my boyfriend broke up with me.”

I snap my head in irritation and through gritted teeth, I snarl, “What’s it matter to you? Jesus, kid, go back inside and leave me alone.” As an impulse, I’m about to apologize for losing my cool in front of him, a kid no less, but his face startles me. He looks unfazed. Neutral. I expected the kid to be welling up with tears, but with one shake of his head, he dismissed my outburst.

He says, “No.” I tilt my head. What did he just say? “Sorry, I’m not gonna do that. This is the first time I’ve talked to someone who isn’t my Mom or baby sister, and I’m not going to let it go.”

“Didn’t your mommy tell you not to talk to strangers?” I huff. I’ll be honest, this is also the first time I’ve physically talked to someone in a while for this long.

“You’re not a stranger. You and my Mom used to talk to each other when you guys went to go get the mail. Your name is… Casey, right? Don’t you remember me?”

“Does your name rhyme with ‘Jimmy?’”

Jesus Christ, how tired am I?

“Please don’t tell my Mom. She hasn’t let me go outside since this whole thing started. I really hate this lockdown. I can’t see anyone else.” I hear him sigh softly. “I just want to talk to someone who isn’t stressed 24/7 about teaching me and putting food on the table. Do you have any idea how hard it is to talk to a baby whose words are limited to ‘yeah’ and ‘hi?’” He looks out to the cityscape in front of us, and laughs softly, “I love my Mom and baby sister, but I can’t talk to them in the way that I want to.”

How old is this kid? He looks like he’s no more than ten, and he’s out here spewing a monologue that I’ve ever only heard in movies.

He continues, “I never would have thought that I’d be saying that I miss school, but I really do. I miss arguing with my teacher. I miss talking to my boys. I miss joking around with the girls.” He looks back at me, a soft look in his eye, and says, “They say that we should stay inside in our homes, but the truth is,” he gestures out to the view in front of us and says, “That right out there is my home. It’s out there in the streets! My home is with my friends from school. My home is when I get to go out to the park as my Mom pushes my baby sister in her stroller.” He places his head on the balcony railing, and he sighs once more. “The house behind me is just full of bad memories of Dad.”

My eyes open wide, and I’m left to process everything the kid- I mean Daniel - just said. The bomb he dropped on me is taking its effect as I go on to look at Daniel as a whole person. Here he is watching the soft lights of apartment buildings. Here he is standing outside against his Mom’s warnings because she wants him to be safe. Here he is talking to me simply because he wants social interaction. Here he is trying to enjoy his childhood as much as he can while confined to the small area of his house. Here he is, without a tear in his eye, breathing calmly as he talks about his thoughts.

And here I am trying not to cry about a boy who dumped me months ago.

“You’re crying again!” Like any young boy who doesn’t know how to console the feelings of others, he looks around for anyone else who might help. “Do you want me to go get my Mom? Wait if I get her, she’ll know that was outside and I’ll get-”

As I wipe my tears away, I chuckle, “Calm down, kid. Only one of us can be the mature, super cool one and I’m not ready for that role right now.” We laugh quietly, conscious of how late it is and of whose sleeping. “You really want to talk with me?”

He nods. “Why not? You seem like a person who has their life together… Despite having puffy eyes from crying.”

I shake my head, amused at the kid. “How old are you by the way? You are way too mature for someone who looks young. When I was younger, I was never able to talk like how you do. Hell, I’m still having trouble with it”

I shake my head and start asking him about what he’s been doing to keep occupied. He doesn’t know too much about what’s happening in the world, but he’s more than willing to listen. He tells me about his family and of how much he knows about his family’s situation, which is a lot more than what they probably expect. We talk for a while until we kind of fade into silence. Unlike before, it’s not the type of silence that Daniel wanted to fill. No, it’s the type of silence that can be enjoyed while admiring the view. In the silence, we watch the city in front of us breathe. We feel the hum of the AC unit in our apartments running. We listen to the train in the distance, to its horns sounding its mighty bellow. Most importantly, we watch the lights of the city - his home. The distant cityscape never loses its shape, even when it’s dark, and I like that continuity. Maybe I can one day take on the power of a city - an infinite body that continues to show its light in the dark.

We could have been there for an hour, but I cut our city watching short. It’s chilly tonight, and there’s no way in Hell I’m letting this kid get a cold right now. “Before you complain, you should be thankful that I’m not telling your Mom about you being outside.”

“Oh? What if I told my Mom that you, a ‘stranger,’ was talking to me alone at night?” In a high crying tone, he whimpers, “Mama, mama, I know you said that I shouldn’t go outside, but I did! And that lady next door was outside, smoking, and offered me one and she-”

“Wow, what are they teaching you in school nowadays? Blackmail?”

“Uh-huh. Just go back inside.”

“Wait!” He reaches over the balcony railing and says, “When can I talk to you again?’

I have to bite my tongue to stop myself from saying ‘I’ll see you when I need a therapist.’ Instead, I tell him that I’ll check up on him tomorrow and maybe see if his Mom needs help with anything. Daniel smiles and leaves. Once again, I’m left alone. As I look out to the city, I realize that throughout my entire conversation with Daniel, I didn’t look at the sky once. I glance up, and for once I see the sky for what it is. Beautiful. Ethereal. Loving.

The air feels easier to breathe. I look over to the balcony that Daniel was standing on not too long ago, and I’m suddenly missing the little guy. I tense up at the thought of me having the most therapeutic exchange that I’ve had in weeks with some person’s kid. God, I need to sleep. 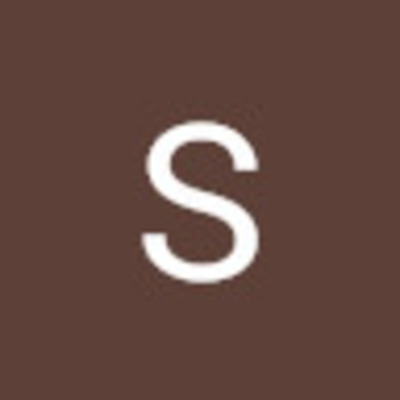